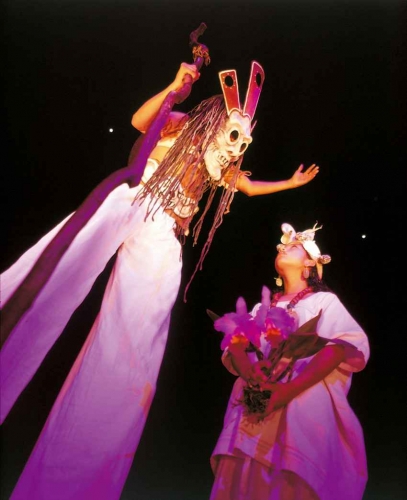 When I took history at school I was always bored and just staring out of the window.

The teacher was talking about American Independence and all I heard was ‘blah blah blah.’

But there are many cooler things in history than beating the English.

We even beat the English at soccer so it’s not exactly something different or interesting.

I was more interested in all the strange and crazy things from history.

They used hallucinogenic plants as painkillers.

And they used to practice human sacrifices to the gods!

If Mayans were on my junior high syllabus, I would have aced all my history tests at school.

Unfortunately, they weren’t. But it’s never too late to learn!

Even since I came to Playa Del Carmen I’ve been fascinated by their history. 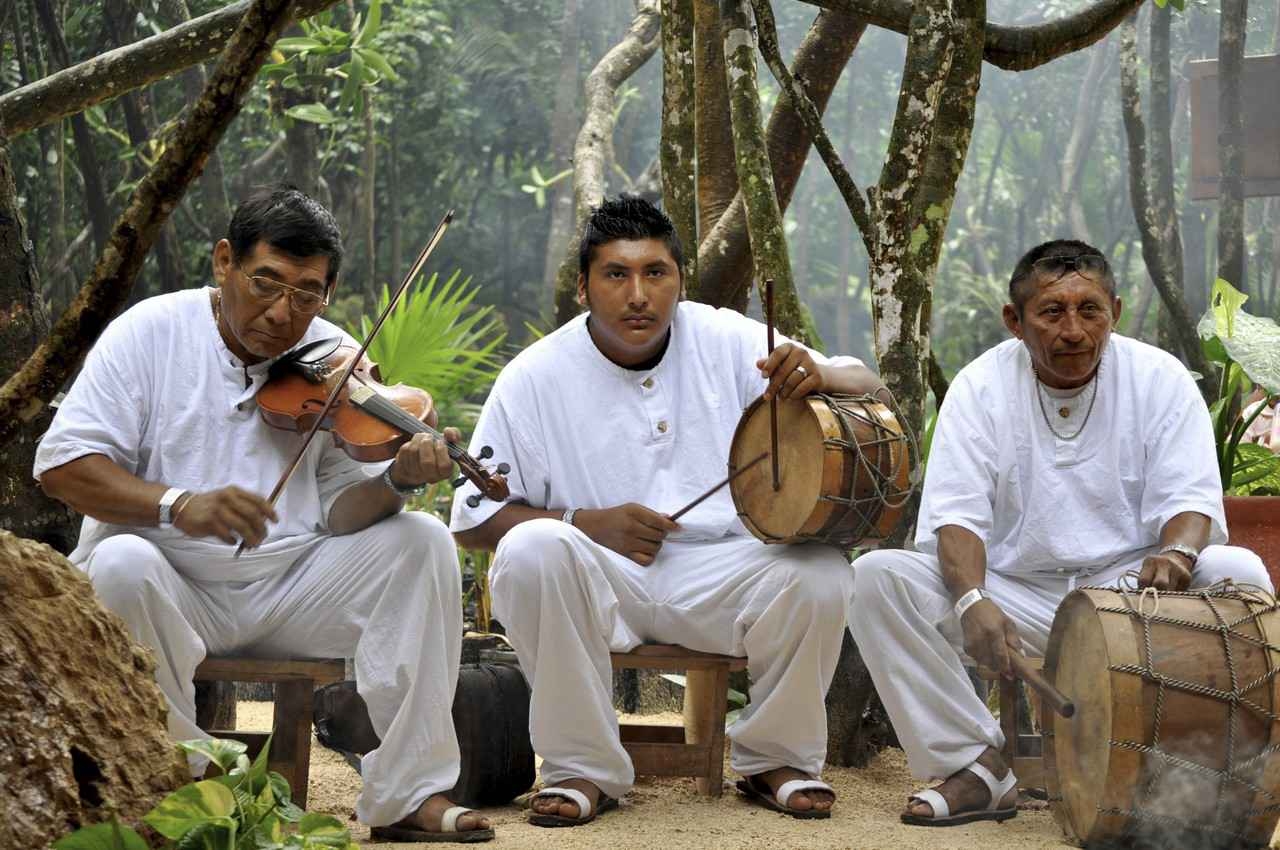 Some Fun Facts About Mayan History 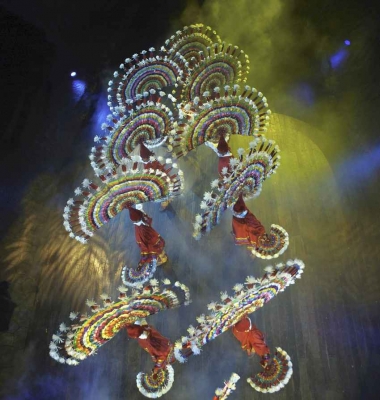 Here are some of the favorite random things that I’ve learned.

First, the Mayans never believed the world was going to end.

The end of the Mayan calendar just means there was going to be a new calendar.

We don’t believe the world’s going to end every 31st of December, do we?

Neither did the Mayans!

The Mayans invented tennis and squash.

Yes, for 3000 years they played ball games on courts.

Except rather than the umpire saying ‘quiet please,’ they had live music being played during the matches.

And shamans are awesome.

The most beautiful Mayans were considered to be those with the flattest face.

So parents pressed boards against their babies face to make them flatter. 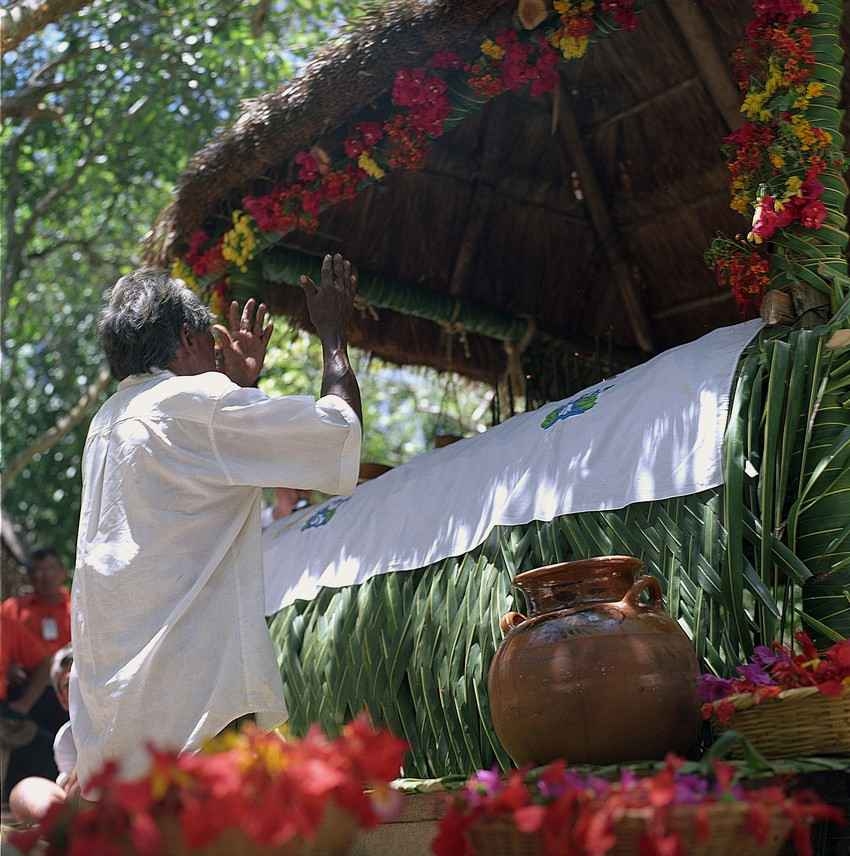 Appreciating the Maya’s majestic history is difficult unless you see some of the structures that they have built.

Although of course it is better to see these pyramids in person, the following video gives you an idea of the epic history that the Mayan people have left on the Yucatan Peninsula and the surrounding area.

Why Is Mayan History Important When You Visit Playa Del Carmen?

The whole Yucatan Peninsula was home to the Mayans.

Around Playa Del Carmen there were huge Mayan cities and civilizations.

If you just want to lie on the beach and be a bum then perhaps Mayan history isn’t that important.

But your trip is going to be more interesting and fun if you learn a little.

Plus, all the girls are going to be impressed when you wow them with your new Mayan history facts.

“Did you know the Mayans used saunas?

No. Let me buy you a drink and tell you more…”

There are some fascinating places around Playa Del Carmen that will make this history real. 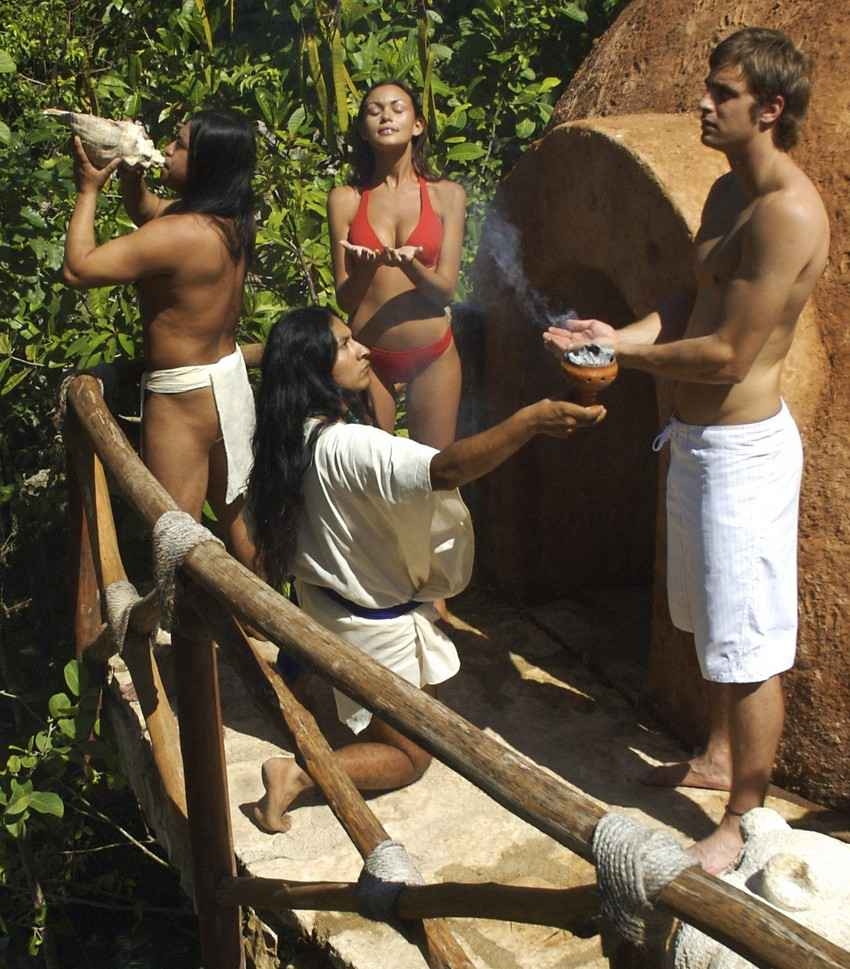 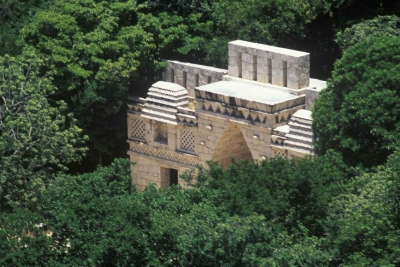 Initial records of the Mayans start at around 2000 B.C.

They were known as a civilization that interacted and shared with each other.

That’s how they came to develop things like writing, music, math, and astronomy – long before most other civilizations.

They were also the first civilization to fully develop a calendar system.

Before the Mayan calendar, there was no way of recording dates.

I’m not saying that other cultures did not invent the same thing – I’m simply saying that the Mayans did it first.

Before the Mayans nobody could even say how old they were! (Perhaps that’s a good thing once you pass 30.)

It was between AD250 to 900 that the Mayans really flourished.

There were large cities across Central America and they numbered millions of people.

They built cities like Chichen Itza and huge pyramids.

Along with some awesome Gods, they conducted some crazy public ceremonies, which culminated in somebody getting their head chopped off.

But after 900AD the Mayan civilizations in the south declined and their cities were abandoned.

However, the Mayans in the Yucatan Peninsula kept growing until the Spanish arrived with gunpowder and smallpox. 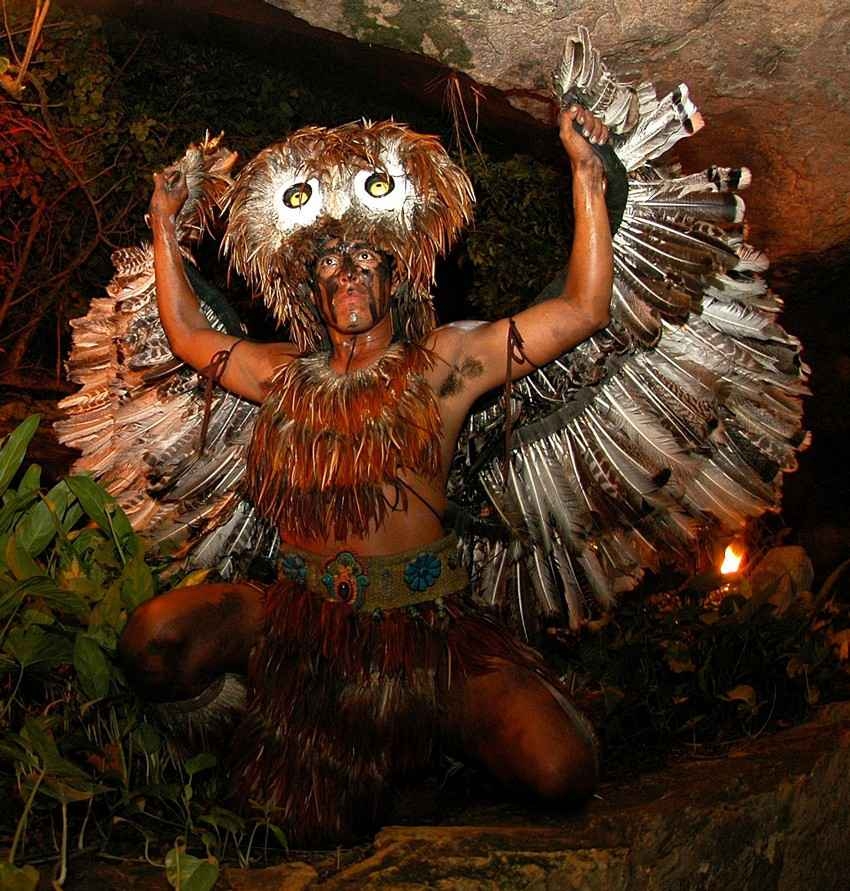 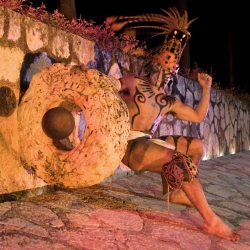 There are still millions of indigenous Mayans living today.

They’ve mostly been integrated into modern Mexican life, but still retain parts of their culture, Their language still exists as do the blood sacrifices – although it’s now chicken blood and not human blood.

If you go into the jungle around Playa Del Carmen there are opportunities to meet traditional Mayan families.

Some tour companies in Playa Del Carmen offer this.

The best way to appreciate just how great the Mayans were is to visit their ancient cities and pyramids.

There are many different Mayan ruins around Playa Del Carmen and they are both fascinating and awe-inspiring.

Check out the size of the pyramids and the cities.

And then wonder how on earth such things could be built over 1000 years ago!

The most famous ruins are Chichen Itza, which has recently been voted one of the new seven wonders of the world.

Tulum ruins are located on a cliff top with stunning views of the ocean.

Coba is the largest of the Mayan ruin sites around Playa Del Carmen, and most of it is still being discovered.

It grows out of the jungle and you can even climb the 136-foot-high pyramid.

Ek Balam is near Chichen Itza and is my favorite if you want to pretend you’re a Mayan.

It gets the least tourists, so when you recreate the sacrifice ceremonies, be prepared for some strange looks. 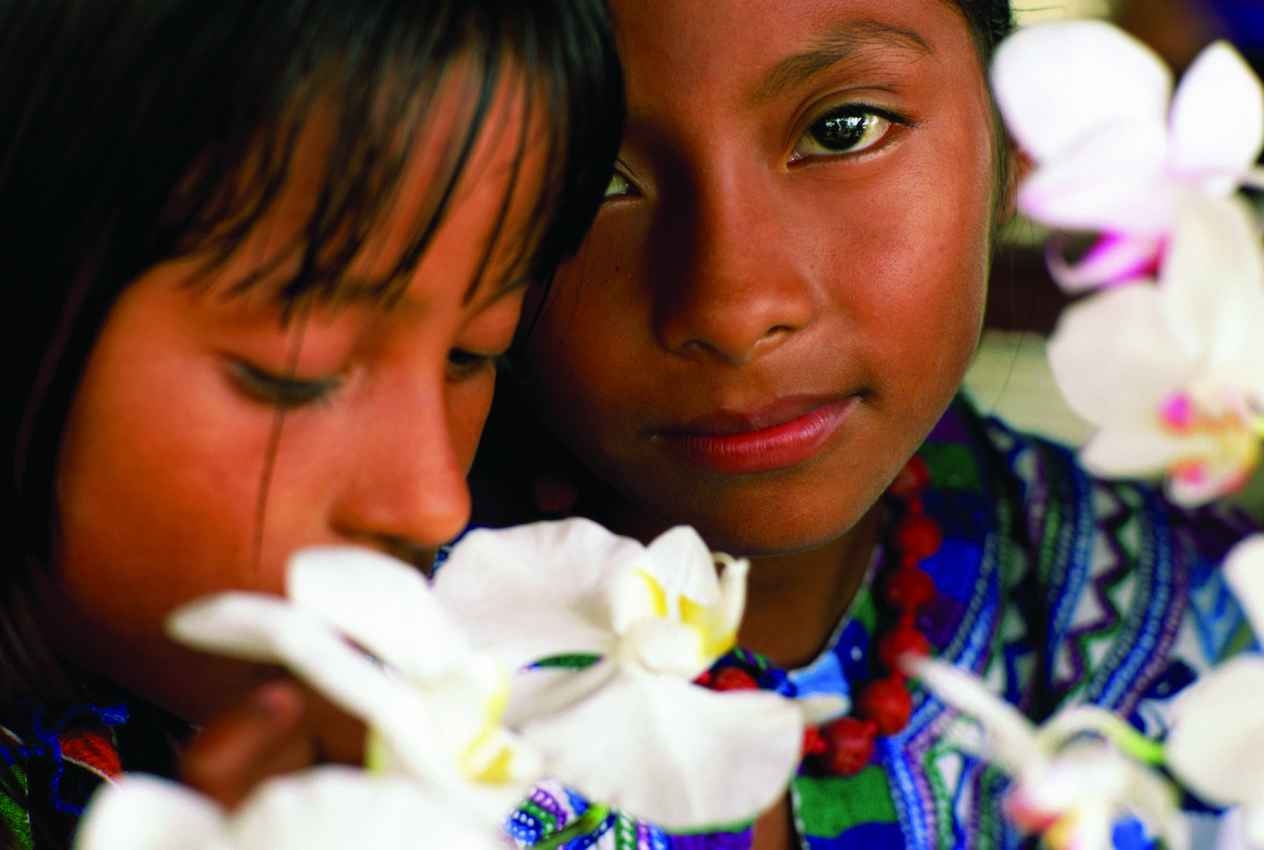 Tell Me More About The Mayans 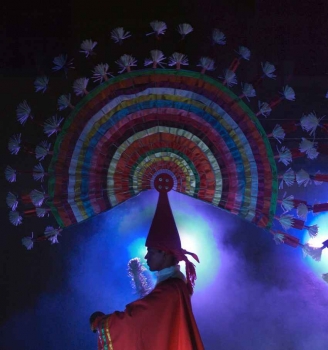 The other cool stuff about Mayan history will have to wait until you arrive.

When you come to Playa Del Carmen you’ll find lots of places where you can learn all about their fascinating history.

Their culture still permeates through Playa Del Carmen, so your trip will be a lot more interesting if you delve as deep as possible into their history!

Now it’s your turn! Can you add some facts or interesting information to this conversation? Please leave it in the comments section below!