…when a beer just isn’t enough… 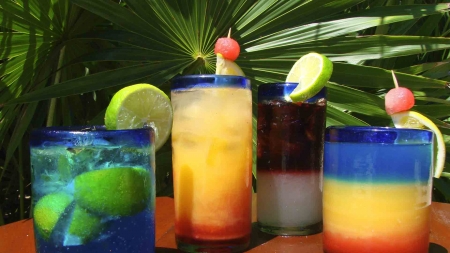 Are there many better sights than an advertising board on the beach that declares “2 for 1 cocktails at _______ bar.”

You also know that the bar is going to be loaded with giddy chicks who are discovering just how much alcohol is in a Mexican cocktail.

Moreover, you know that, for less than $10, you’re going to get four colorful drinks that get you hammered before sunset.

And finally, you realize that, within an hour, you’ll be walking around with cocktail umbrellas wedged behind your own ears.

Most people have heard about margaritas, the staple Mexican cocktail that has to be tried in its native country.

But how many have experienced how wasted you can get off a Paloma Brava.

Or how a Toronha has proved that it is possible to get flavor out of a watermelon.

So welcome to Rufus’s ‘”2 for 1 Mexican cocktail list.” Read on and get a taste for what’s in store when you’re on vacation.

NOTE: I’m so sorry, but I couldn’t find drink recipe cards for these drinks. Howevever, I added some graphics below of other drinks you might like during your trip. NOT ALL OF THEM ARE MEXICAN DRINKS!!! 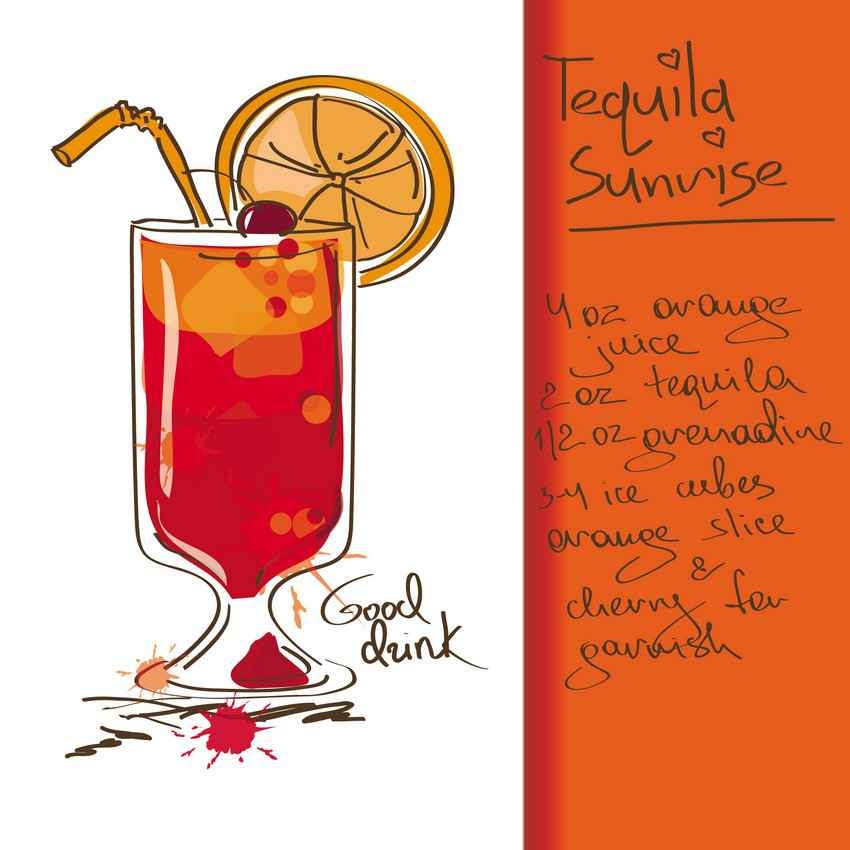 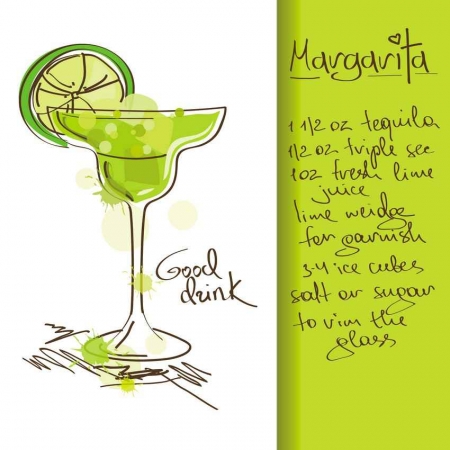 Margarita is the quintessential Mexican cocktail.

You can find it all over the world.

The ingredients are shaken together and then served with salt on the rim of the glass.

While the original margarita is good, I think the best versions are the frozen margaritas.

These are blended with huge quantities of ice and simultaneously cool you down and give you a warm fuzzy feeling on the inside.

But nothing comes close to a genuine Mexican margarita, drank while gazing at the ocean – and checking out some hot chicks in bikinis.

The Bull has been around for centuries.

It really wakes you up and gets you charging around.

The sun is beating down, you’re insanely hot, and you want a drink.

You want the refreshment of a lemonade but with a bit of alcohol to get you going.

And you need to wake up from a drowsy slumber.

It’s refreshing and the hit of tequila makes you ravenous for more.

The Bull is also particularly good if you’re nursing a hangover and need to get back in the game. 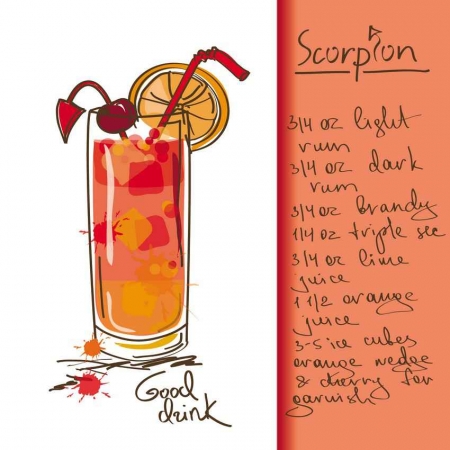 It’s a bit like a Bloody Mary, other than its lighter and more refreshing for hot weather.

Mix the ingredients together, including the clam juice – don’t worry, you won’t taste anything fishy.

Then top up with soda.

This cocktail is all about personal preference.

Find a good bar and they’ll specifically tailor it to how spicy you want.

The Vampira is my Sunday morning cocktail.

It’s best saved for those days when you wake up with nothing to do and you want to remove the nasty taste of last night from your mouth.

This one is simple but brilliant.

I’m not sure if you could even call it a cocktail, it’s more like a spirit and mixer.

You can use any kind of ready-made grapefruit soda, but I find the best Palomas are made with real grapefruit juice and then topped up with a bit of soda.

Often served with a glass rimmed with salt, I find that this is a favorite for the ladies.

For some reason it gets you absolutely wasted. 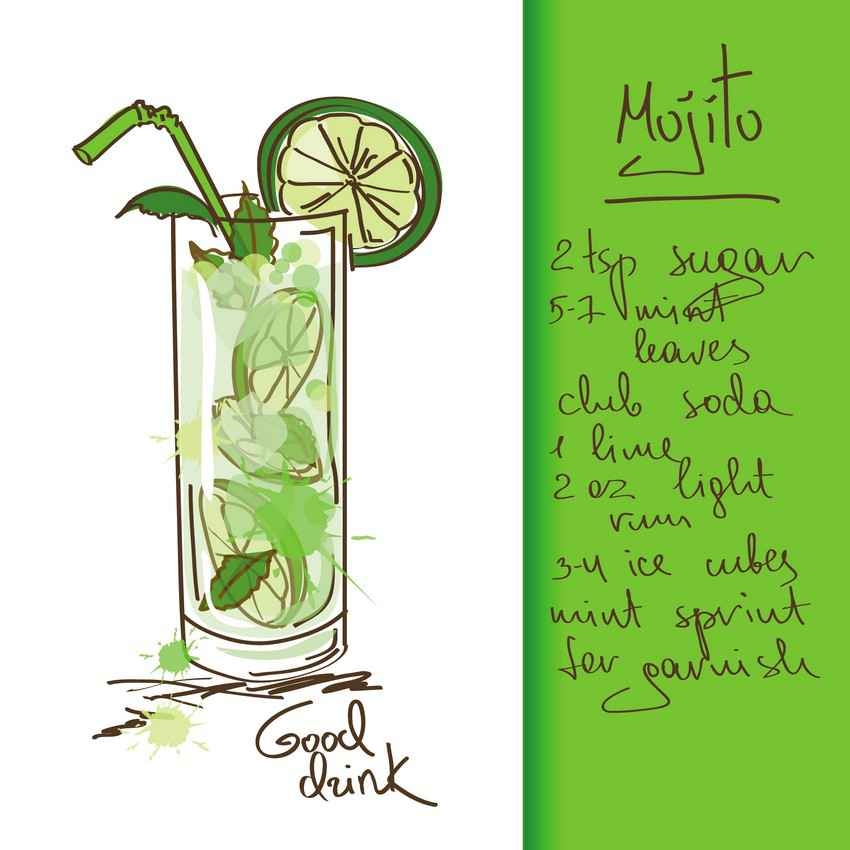 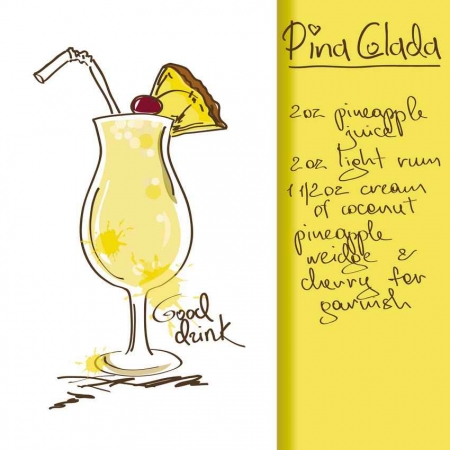 Now this is how to use silver tequila.

Although it’s not available everywhere, the Santa Clara is certainly on Rufus’s Mexican Cocktail List.

It’s light, refreshing, and the sugar boost does wonders after a day lounging in the sun.

The best ones add a hint of mint for some extra aroma, but this is optional.

I’ve never known anyone to drink more than one Santa Clara in a session.

It’s best use is as the opening cocktail of the day.

It has just enough kick to get you going and plenty of friendly tastes to ease you into an evening of debauchery.

This super sweet baby gets you hammered.

It’s so sweet that if you were looking to feed cocktails to children then the Dulce de Tequila would be the obvious choice.

After shaking the ingredients together with plenty of ice, this cocktail is then served in a glass rimmed with sugar.

The name literally means ‘tequila candy,’ and you can devour them like a fat kid in a candy store.

Despite mostly being made of liquor you can barely taste the alcohol.

One slips down in a few minutes.

Before you know it you’ve drank six Dulce de Tequilas and you’re talking to the toilet seat. 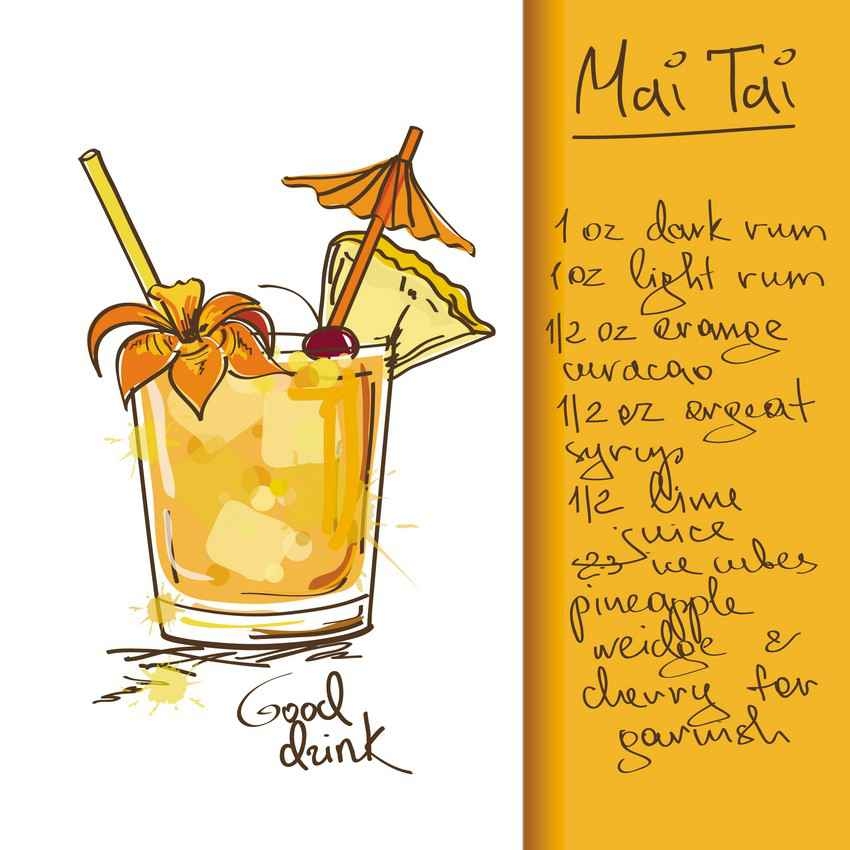 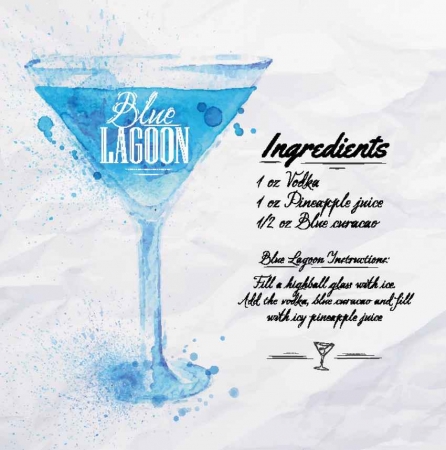 Served in a large glass of ice, this blended cocktail can quickly become one of your favorites.

The name comes from the Spanish word for grapefruit, and despite the alcohol, this Mexican cocktail mostly tastes of fruit juice.

It’s another one that slips down all too easily.

Although I find that it’s a real head spinner.

Get carried away with these and the beach is going to find out just what you ate for dinner.

Yes, if any cocktail can make you puke two hours later then its this one.

This one is a little out of left field but the Pulque is arguably the oldest of all Mexican cocktails.

It has the color of milk, which can put people off…especially when I tell you that it has a sour yeast-like taste.

Tequila and mescal are both fermented from parts of the agave plant.

Pulque uses the sap of the agave and for centuries it would be drunk in pulquerias – bars with funny names that specialized in this drink.

It certainly doesn’t have the same sweet appeal as the other cocktails.

One thing is for sure though.

When you come to Mexico everyone should at least try a Pulque. 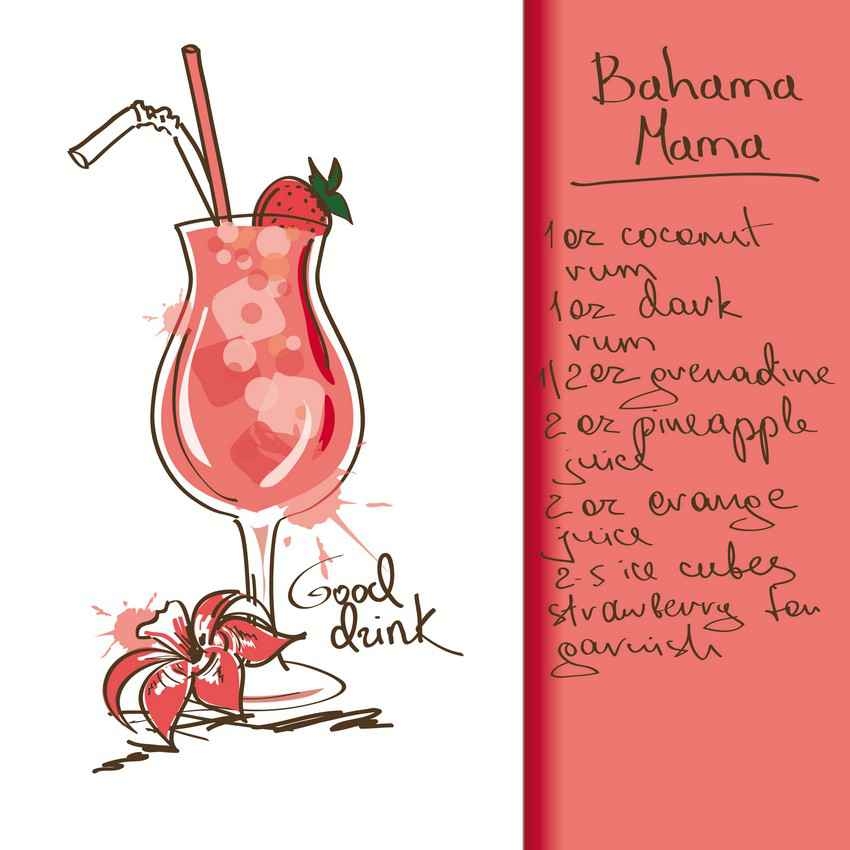 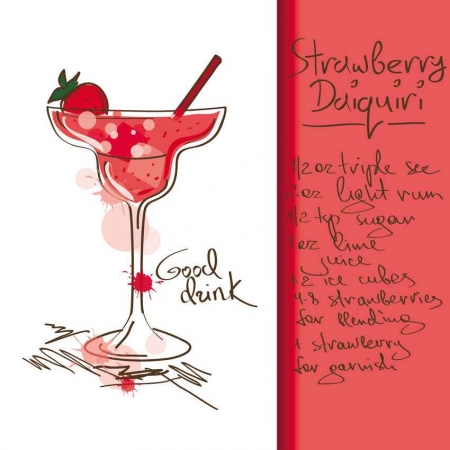 Coming straight from the central Mexican state of Oaxaca, this is a man’s cocktail.

If you’ve been looking at the list and thinking it looks a bit sweet and girly then order an Oaxacan.

Served on the rocks it has a powerful and slightly harsh taste.

You know you’re drinking alcohol with this one.

I find it’s the cocktail that ends up getting ordered when everyone’s already legless drunk and people can’t stomach any more fruit juice.

A visual delight, this cocktail is another that demands to be ordered.

When you gaze down the cocktail menu the ingredients of the La Bandera really make it stand out.

And this is one good looking cocktail.

The cilantro colors the ice green, and then the vivid liquid disguises a rather savage drink.

However, be forewarned – the La Bandera can get you.

While it looks pretty, go careful with these because it’s been the cause of many early bedtimes. 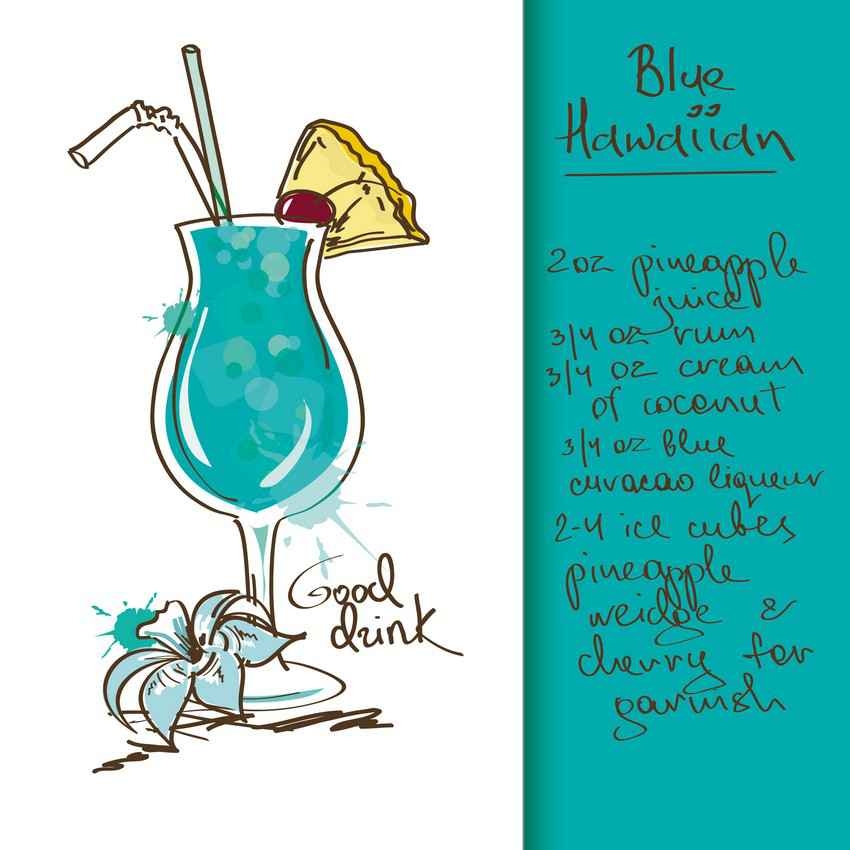 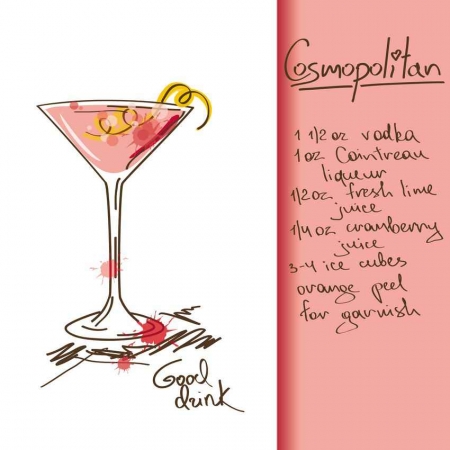 Most bars and restaurants in Playa Del Carmen have a house cocktail.

Every one is different, hand crafted and perfected over years of experimentation.

They are usually always delicious and often cheaper than all the other cocktails.

Don’t think about it.

Just order and find out when it arrives.

If you were at Rufus’s Playa Del Carmen Cocktail Bar it would probably involve coconut water, tequila, mescal, syrup, and pineapple juice.

But I suppose that’s why I don’t have my own cocktail bar.

The only downside of the house cocktail is you’ve no idea about the hangover it gives until you wake up with one the next morning. 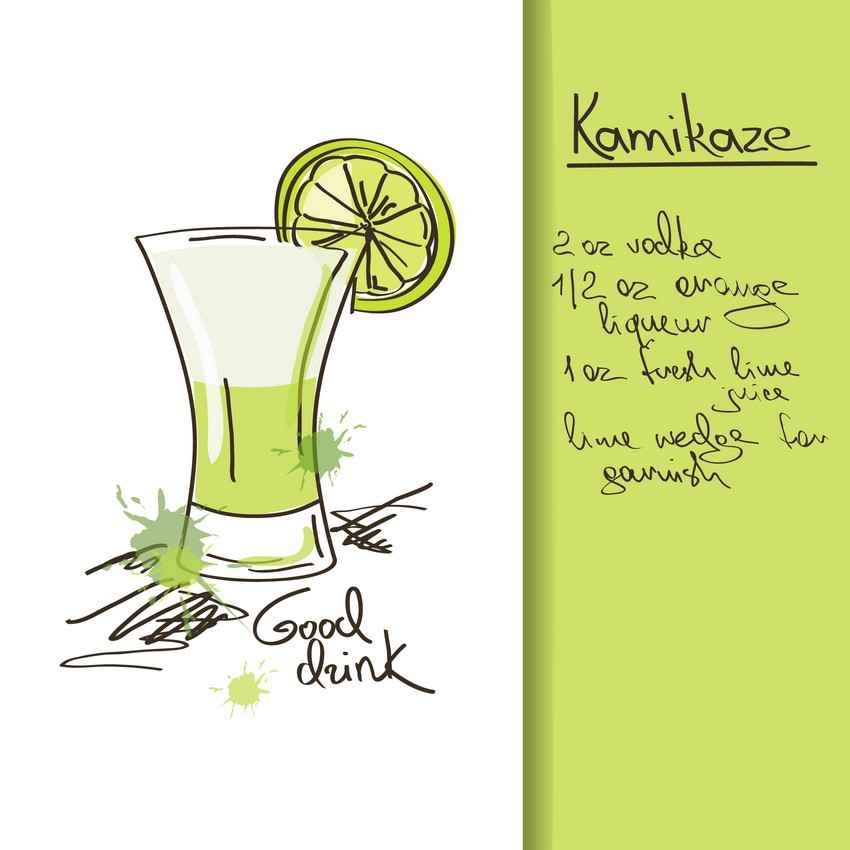 How To Make Your Own Mexican Cocktail 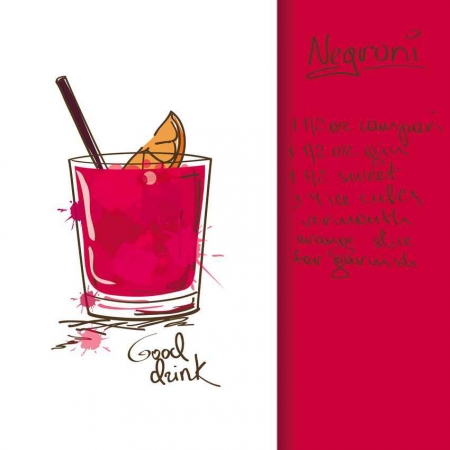 You might have seen from this menu that tequila is the staple in most Mexican cocktails.

Each of these cocktails has its origins in pure experimentation.

While they’re all now available in Playa Del Carmen, it used to be that every Mexican state had its own signature cocktail.

Each region has its own tequila or mescal, and this was blended with whichever fruit was most readily available.

So in an ode to these experimenting forefathers of Mexico, this is Rufus’s home made guide to making your own genuine Mexican cocktail.

Alternatively, come to Playa Del Carmen and try the original versions of all these Mexican cocktails…

It’s your turn. Do you have any Mexican cocktails that you would recommend? Please leave the recipe in the comments section below!