…the essence of Mexico’s mixed drinks and shots… 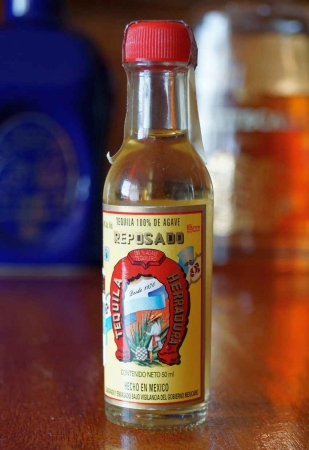 “Oh tequila…it makes you happy” and so goes the song by Terrorvision.

After three years of extensive research, I can conclude that there is very little in the world that makes you happier than tequila.

Drink a tequila in the morning and watch how funny the afternoon becomes.

Have a tequila in the afternoon, and see if you can stop before you have downed 10 of them.

Have a tequila in the evening, and count how long it takes before you’re dancing on the table.

Just like sunbathing and Mayan ruins, Mexican tequilas are an essential cultural experience.

And we’re not just talking about one kind of tequila.

You literally have hundreds to choose from. 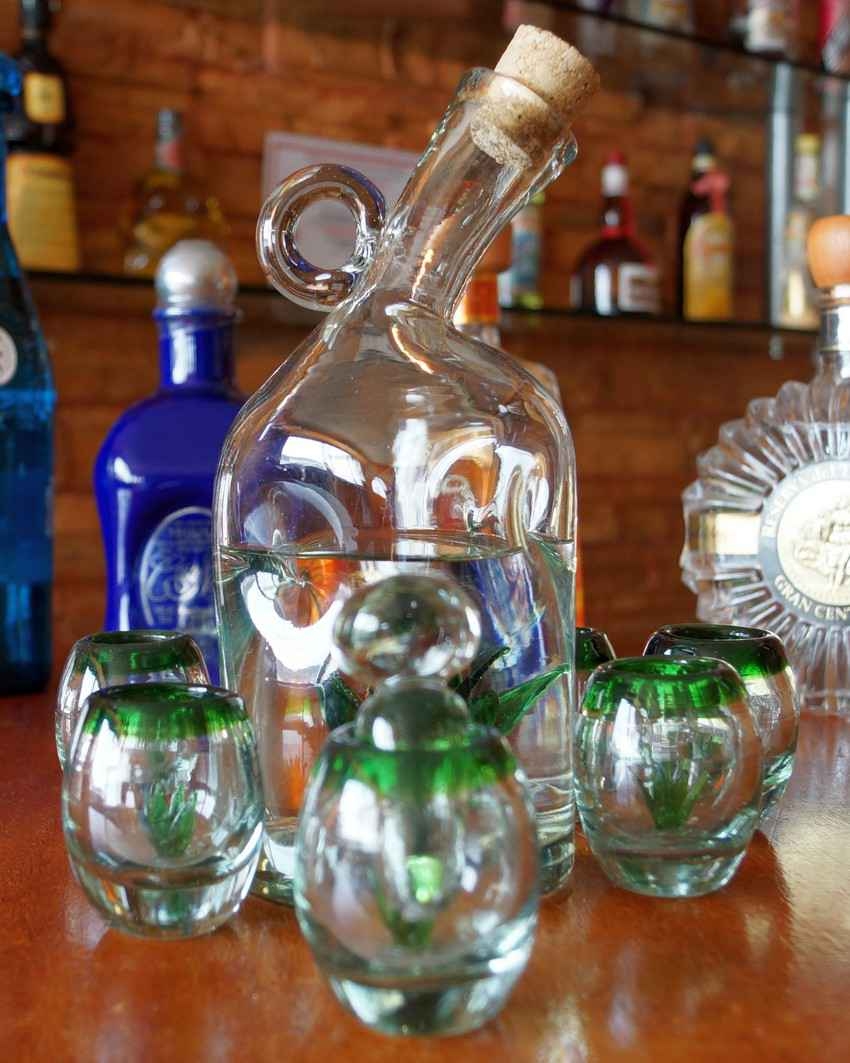 A Brief History Of Mexican Tequila 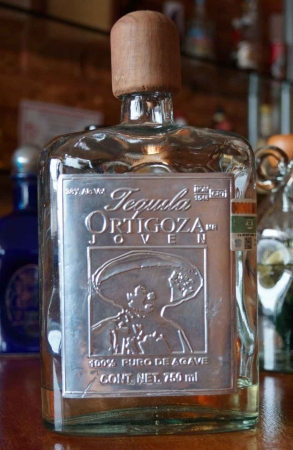 Most countries have historically brewed their own alcohol.

People would experiment with local plants and get wasted.

Like vodka brewed from potatoes, sugarcane spirit, and making wine from grapes.

The trial and error process these people must have gone through makes Edison’s light bulb invention seem like child’s play in comparison.

In Mexico they started distilling alcohol from the blue agave plant.

It’s a plant that primarily grows in the highlands of Mexico surrounding the city of…Tequila (that’s the actual name of the city).

Some historians believe that drinking tequila has been depicted in native Indian drawings that go back to AD200.

Everyone agrees that an alcoholic blue agave drink existed way before the Spaniards arrived in Mexico.

Mexican laws state that it can only be called tequila if it’s from one of five specific states in Mexico.

And international law has granted Mexico exclusive use to the word tequila.

So if it says tequila on the bottle, then it comes from the highlands of Mexico.

The Most Popular Types Of Mexican Tequila

Don’t come to Mexico thinking you know tequila because you licked salt off your hand in a bar the other night.

There is more to it than this.

White tequila is the most popular variety.

It’s an unaged 100% agave spirit that burns nicely on the throat when it goes down.

Gold tequila is a white tequila with extra ingredients like syrup or caramel.

The sugary additions make a little smoother, and it’s this tequila that’s mostly used in cocktails.

Rested tequila or Reposado is the locals’ number one choice of Mexican tequilas.

It mellows the bite but retains the agave taste.

Mexican pensioners can down gallons of this stuff. 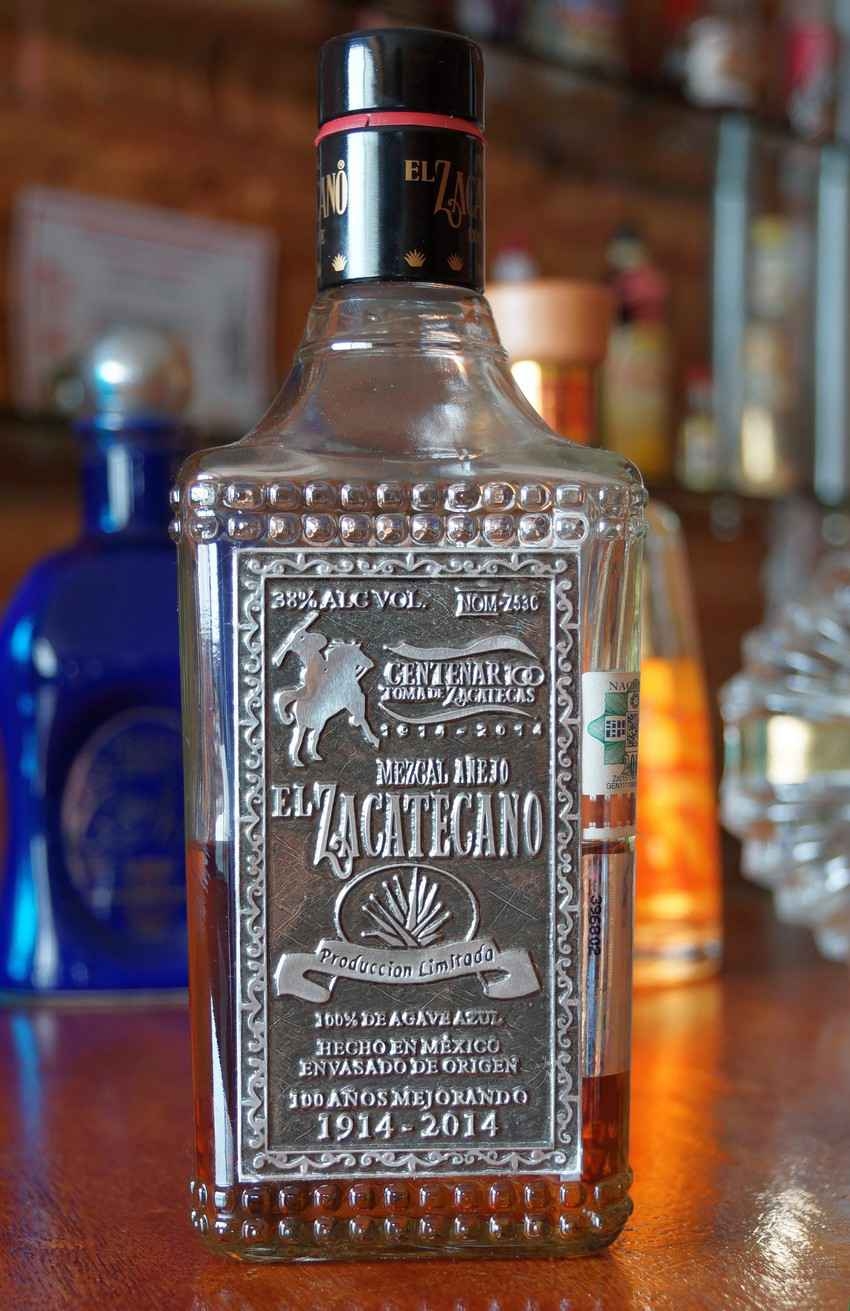 Mexican Tequilas For The Connoisseur 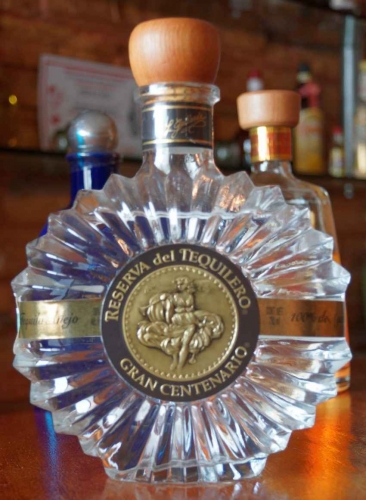 The main three types can be found everywhere, and if you get a bottle, you’ll easily get change from $10.

Perhaps even $5 depending on the region of Mexico.

But then there is Mexican tequila to be savored.

Much like aged whisky and brandy, tequila also has its exclusive varieties.

Anejo, or ‘extra aged,’ is white tequila that has spent at least one year in oak barrels.

It develops a darker taste and color.

Then there is Extra Anejo, tequila that’s been ageing for at least three years.

It’s not cheap and has to be sipped and savored rather than necked in one.

Then if you’ve got $200+ to spare, find a restaurant that sells Reserva de Casa.

These are the premium tequilas for the real wealthy of Mexico, and getting to try one is a lifetime ambition for some locals.

Since not everybody likes the taste of tequila, the big producers have started producing flavored tequilas.

It’s good because there’s now something for even the fussiest of drinkers.

But most locals wouldn’t touch this stuff as it’s not 100% agave or mixto tequila.

Like 1921 tequila cream, which is a cream based liqueur rather than real tequila.

Or Crema de Membrillo that’s only 13% alcohol, so you might as well be drinking tap water.

One worth trying is Patron XO Cafe, a coffee tequila blend that’s good for when you feel drowsy after dinner. 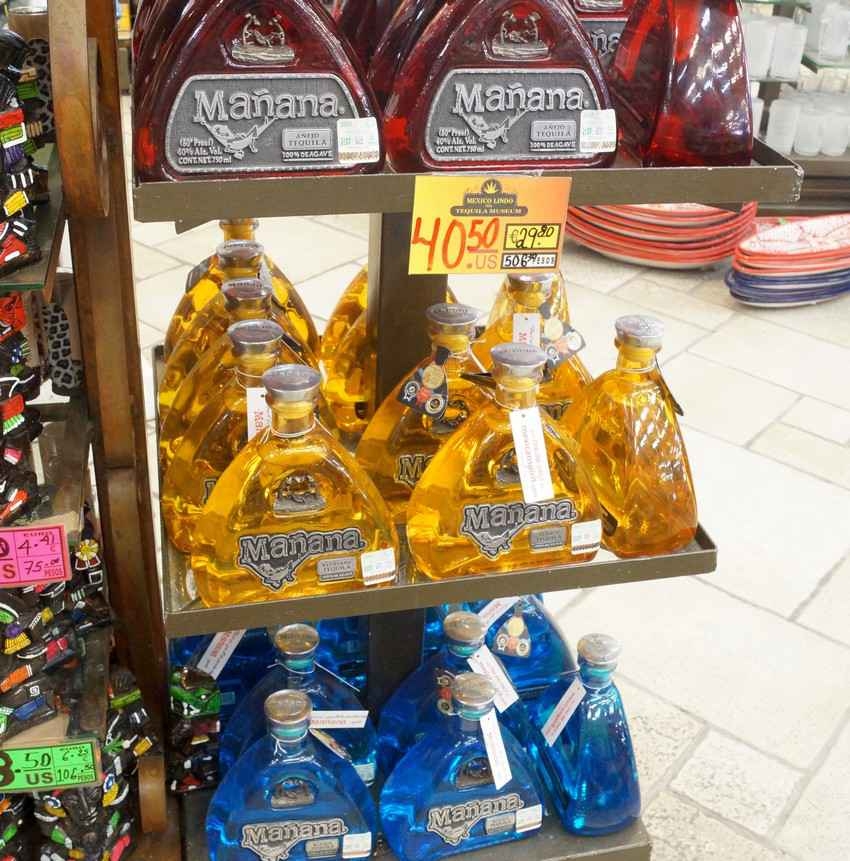 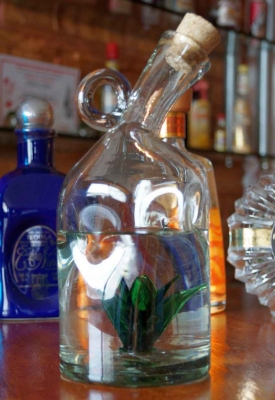 As I already said, tequila can only come from five states in Mexico.

So tequila in Playa Del Carmen has to be imported from one of those states.

But every state in Mexico makes alcoholic agave drinks.

It’s called mescal and can be distilled from eight different types of agave plants.

It tastes stronger and certainly warms the back of your throat.

The laws on mescal production aren’t as strict so there are loads of cheap bottles available which are mostly just sugar cane spirit with a bit of agave.

When you buy mescal, you have to check that it’s at least 80% agave.

Otherwise you’re going to wake up with a shocking hangover.

Is Their A Worm In Mexican Tequila

I was devastated when I came to Mexico.

I thought I’d build a tequila bottle collection with thousands of bottles that had the worm in them.

By law, the worm is not allowed in tequila here.

And it’s not actually a worm anyway.

It’s a larva from the agave cactus that is usually put in cheaper bottles of mescal.

In short, the worm is a con. 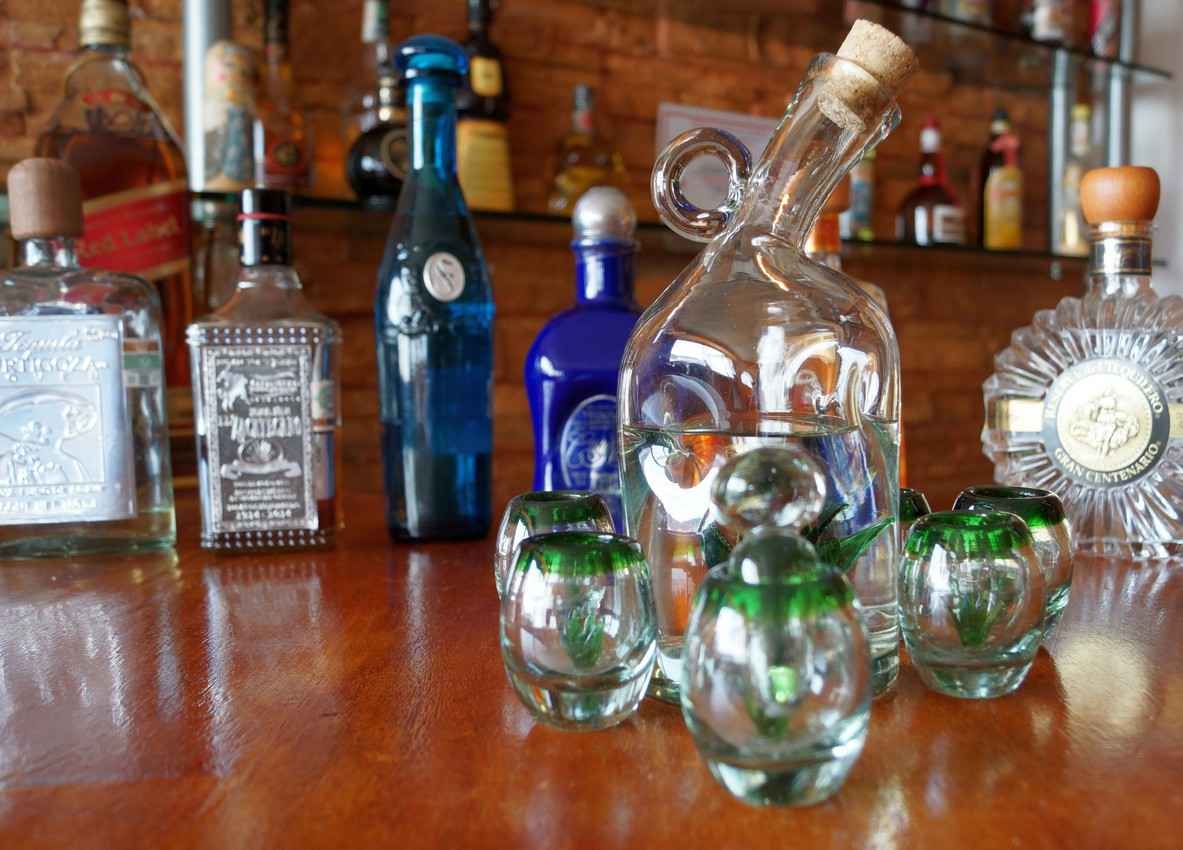 How To Drink Mexican Tequila

The most traditional way to drink tequila is to sip on it without any salt or lime.

That’s what the locals would usually do.

In some parts of Mexico they have a shot of tequila and a shot of sangrita – a sweet spicy drink made from orange and tomato juice.

Then they use the sangrita to counteract the burn of the tequila.

However, the foreign way to drink tequila is with salt and lime.

I have to say it’s my method of choice and definitely most popular among tourists.

While the hardcore Mexican locals laugh at this method, they’ve been drinking tequila since they were able to crawl, so they’ve had plenty of time to adjust to the taste.

Here is how to do a tequila shot:

Alternatively you could do a kamikaze tequila. 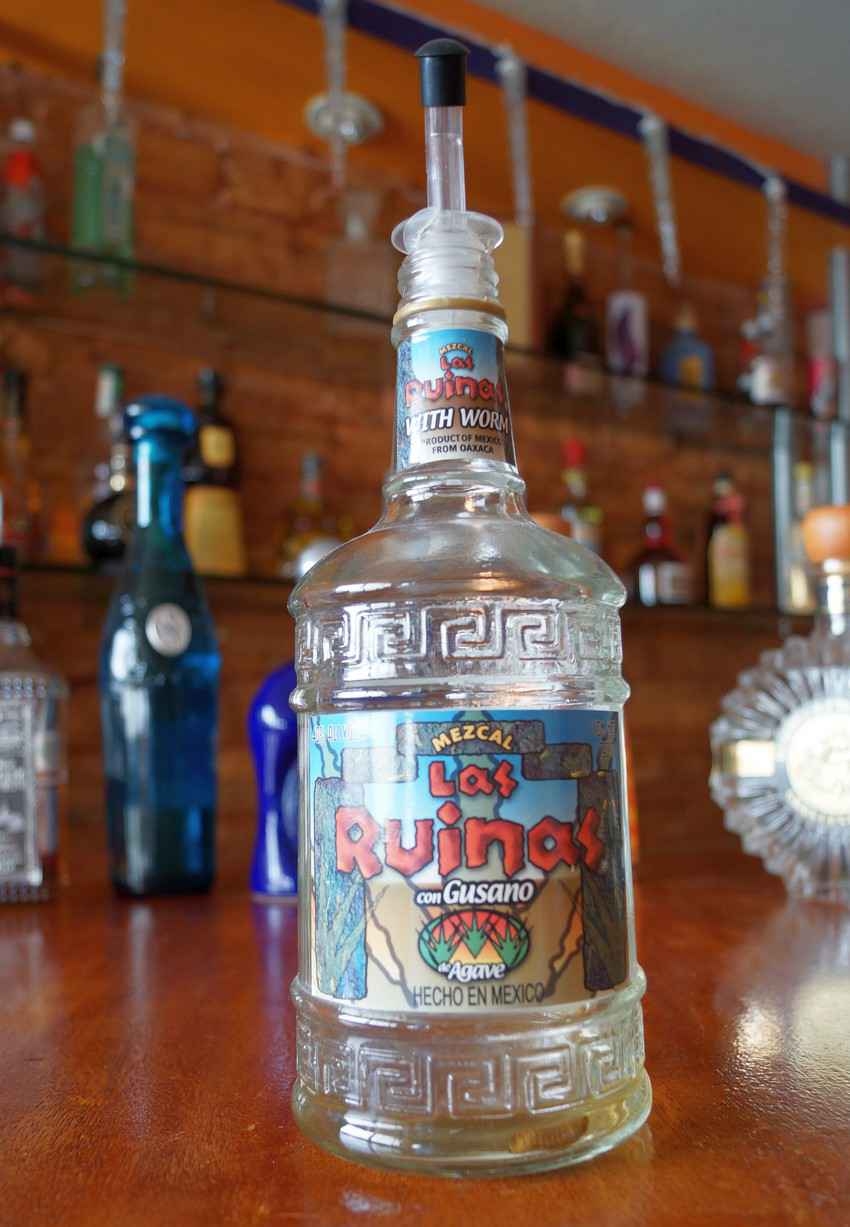 Where To Drink Mexican Tequilas

Everywhere of course! In bars, after dinner at restaurants, for breakfast by the pool, in clubs at 5am…

There is no right or wrong time to drink tequila.

If you don’t like tequila, I recommend some training.

Drink one shot on the first day of your vacation.

Two the next day.

Three the day after.

That’s what I did.

And look at me now – a raving alcoholic.

I hope to see you stumbling around the city soon!

It’s your turn. Do you have any Mexican tequilas that you would recommend? Please leave them in the comments section below!