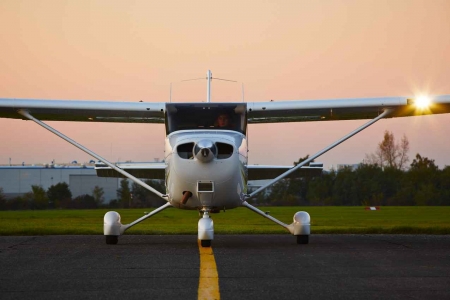 Remember when you were a little kid and everyone’s always asking you what you’re going to be when you grow up?

Some people are saying something idealistic like fireman, astronaut, or football player.

One kid in my class kept saying that she was going to be a mermaid.

I always said I wanted to be a pilot.

Not like one of those dudes in a massive plane with loads of stripes on his shoulders.

No, I wanted to be Tom Cruise from Top Gun.

I wanted to pull ridiculous stunts and have hundreds of hot chicks swooning over me.

It hasn’t really worked out that way.

But when I see the Playa Del Carmen airport I keep remembering my childhood dreams.

Tell Me More About The Playa Del Carmen Airport 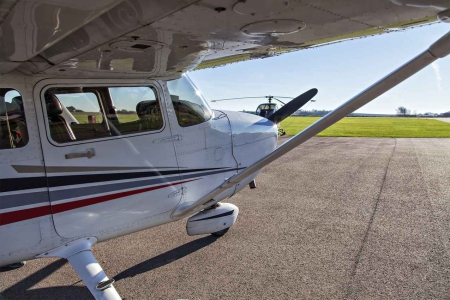 Don’t be thinking that you’ll be flying to Playa Del Carmen on an international flight.

The Playa Del Carmen airport is very small and doesn’t have any scheduled flights.

It’s an airport for private pilots and air taxis.

It’s also where the skydiving planes take off and land.

The Playa Del Carmen airport is just south of the famous pedestrian-only street (A.K.A. 5th Avenue), on a strip of land just between Playacar and downtown Playa Del Carmen.

That makes sense, as Playacar is where the high rollers usually stay.

It’s even got its own airport code – PCM if anyone is interested.

And when I see it, I picture myself taking off in a fighter jet.

I’ve even bought myself some aviator sunglasses, but I never really wear them.

Who Hangs Out At The Playa Del Carmen Airport?

Well,… me…especially now that I’ve got the sunglasses and I’m blasting the Top Gun theme song out of my stereo.

But also lots of military.

They don’t seem to fly any planes out of the Playa Del Carmen airport, but they’ve got a strong presence here.

It must be annoying if you go skydiving when the crazy military planes are flying around.

You’ve got this amazing video about jumping out of a plane and then the first few shots are of the Playa Del Carmen airport and some scary looking army dudes.

My guess is that the Playa Del Carmen airport could be a prime drug smuggling spot.

Come to think of it, drug smuggling is what this country’s black market is all about.

Check up on me in five years, and I’ll have met all the wannabe up and coming Pablo Escobar’s coming through the airport here.

Only kidding, I’ll probably be sitting at home watching the Little Mermaid. 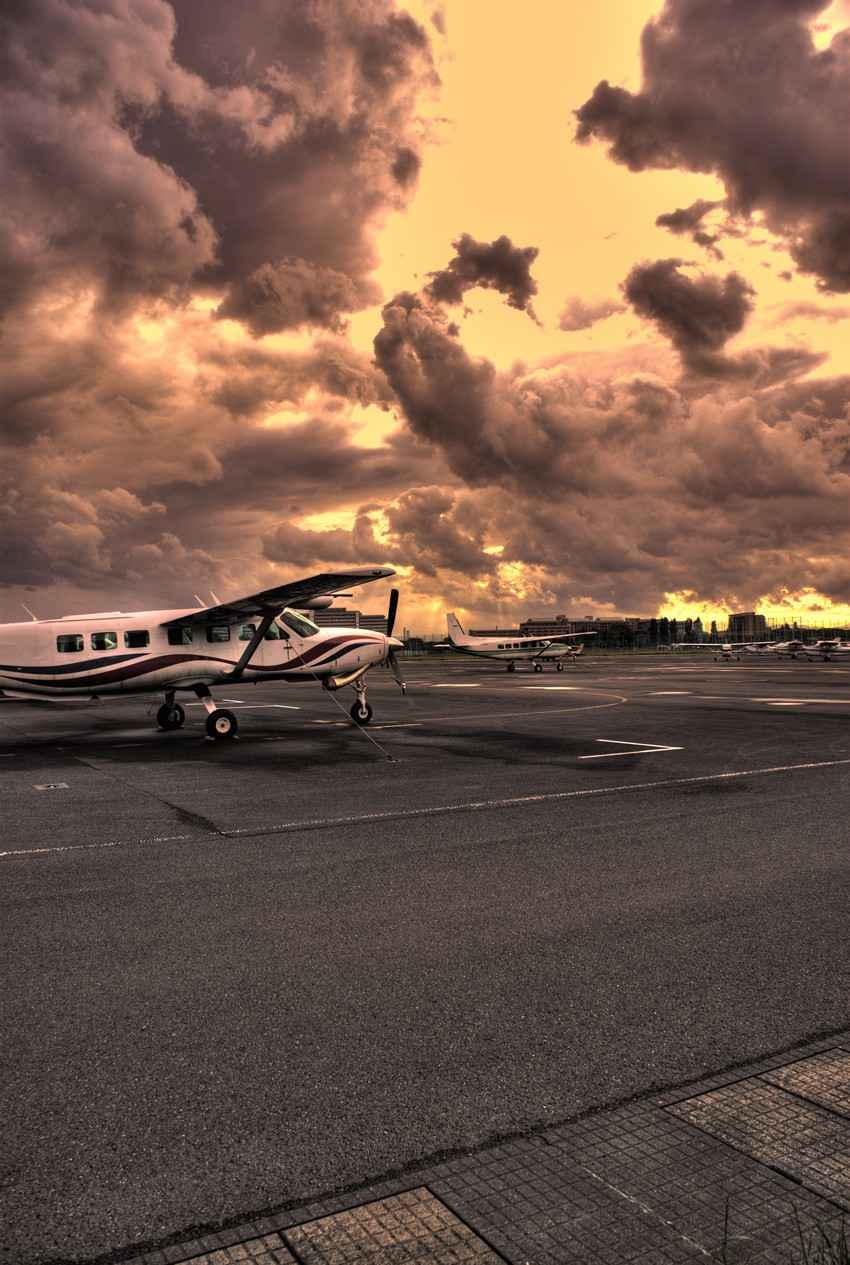 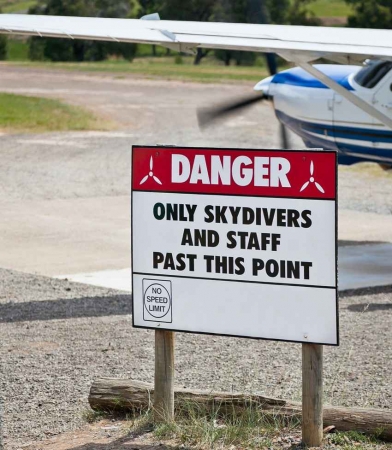 If you’re coming on vacation to Playa Del Carmen, then you’ll almost certainly be landing at Cancun International Airport.

It’s easy to get from Cancun to Playa Del Carmen, just check out this page for all the different options.

It’s also very cheap to travel between these two cities.

You can even take an air taxi from Cancun to Playa Del Carmen!

If you happen to have a private plane, then you might be landing at the Playa Del Carmen Airport.

The runway is only 700 meters long, so it’s not going to work if you’ve got a presidential size jet.

The main reason most people will be at the Playa Del Carmen airport is if they’re going skydiving.

Hopefully, you’ll only use the airport once.

Imagine going skydiving and then still being in the plane when it lands.

You’re going to get a lot of abuse for pussying out of that one. 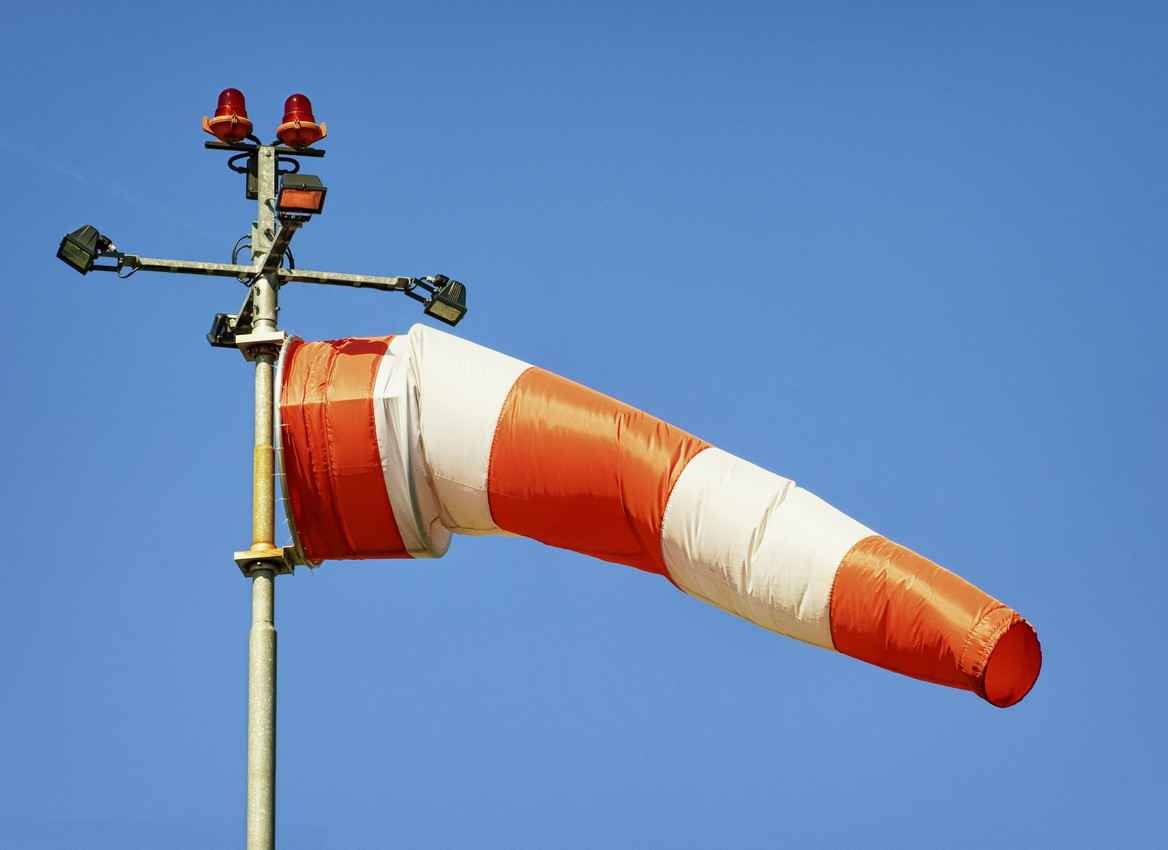 You think of Mexican taxis and you think of some dodgy battered car with a chain-smoking moustachioed driver.

But from the Playa Del Carmen airport, you can take an air taxi.

This is the coolest thing I’ve heard about for months and can’t stop banging on about it.

They have this small Cessna 206 plane that seats six passengers.

And they just fly around Quintana Roo taking passengers to their destinations.

Obviously air taxis are a little pricier than the four-wheeled alternatives.

An air ride from Playa Del Carmen to Cancun is going to cost you over $500 USD.

How about Playa Del Carmen to Chichen Itza by air taxi – just $800 USD and you’ll get glorious overhead views of several Mayan pyramids.

In fact, if you’ve got loads of cash, why not rent a Playa Del Carmen air taxi for the whole day.

Just cruise around, drink tequila, and pretend to be a movie star. 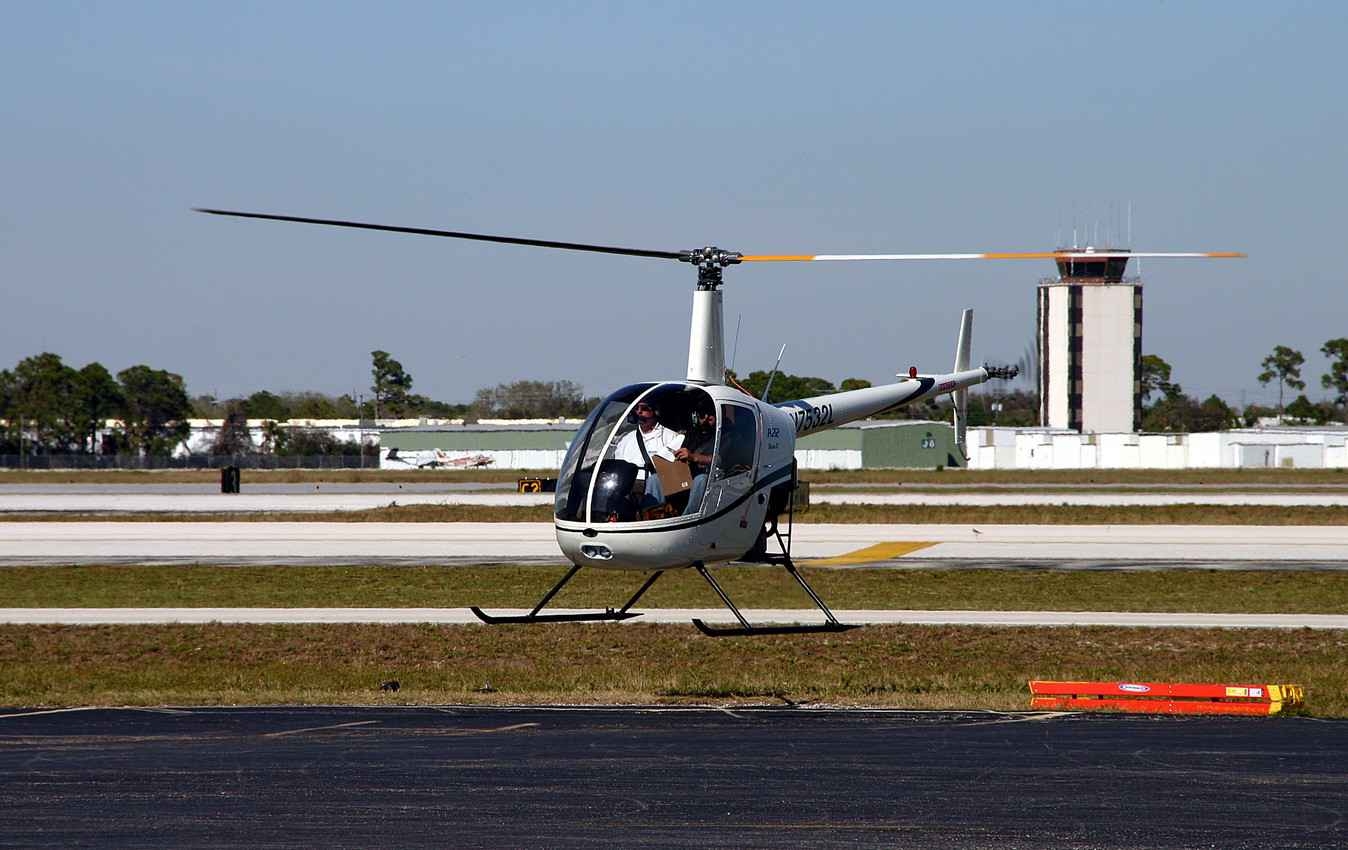 Does Playa Del Carmen Have Plans For A Bigger Airport In The Future?

Playa Del Carmen is in the heart of the Riviera Maya and is at the center of a huge government plan to increase tourism in Mexico.

The whole coastline is being developed, and there will come a time when the Cancun International Airport isn’t big enough to handle all the traffic.

They are planning to build an express rail service to start taking passengers from the Cancun International Airport to other destinations in the Riviera Maya.

It would make sense to develop the Playa Del Carmen airport, but I’ve not heard anything about it.

A New Airport Being Built In Tulum?

There are, however, reports of the government planning to build a new airport in Tulum.

These reports are typically Mexican.

Some government official said something, and most people take it as the gospel truth.

But when a Mexican government official says something they usually mean the opposite – or nothing at all.

Mexicans rarely do what they say they’re going to do.

However, I think an airport in the south part of the Riviera Maya is a great idea.

Building a new international airport in Tulum would mean that there would be an airport in both the north and south ends of the Riviera Maya.

This will help the authorities open up tourism across the whole region.

An airport in Tulum would also help in case of emergency.

If a hurricane is hitting Cancun, then the flights can be redirected south.

It will mean that there will be two international airports within one hour of Playa Del Carmen.

Especially because an official from the Department of Communications and Transportation said that the airport project has been canceled and no new airports are going to be built in Mexico in the foreseeable future.

His official line was that tourist infrastructure would be focused on the new rail service.

Bureaucratic nonsense if you ask me. 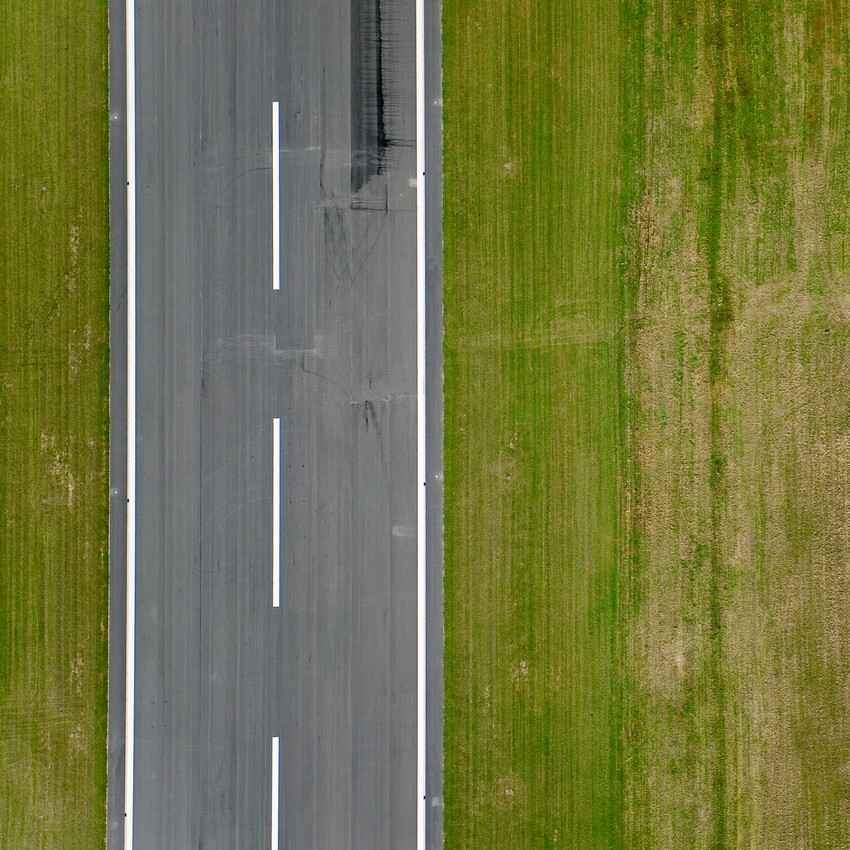 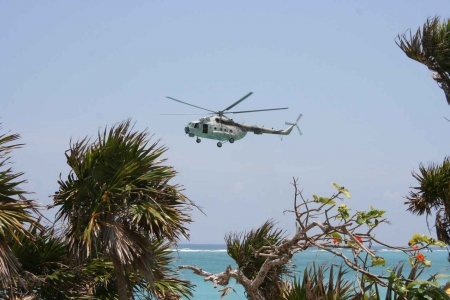 So I’m driving past the Playa Del Carmen airport, aviators on, thinking about Top Gun, and it dawned on me that if I’m going to become a pilot, then I’ve got to meet some pilot friends.

I’m also going to need some back-up aviators for when I lose these on the beach.

Never give up on your dreams.

Except if you’re like the other kid at my school who insisted that he was going to be a dog when he grew up.

So in the hope of finding some new pilot friends, I’ll finish with some bullet points that cover all the crucial Playa Del Carmen airport info:

I hope to see you here soon!

Do you have any tips, advice, or inside information about the airport here? Please leave it in the comments section below!