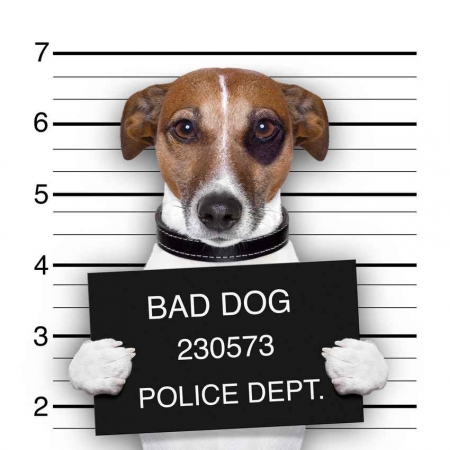 Some people have got some confusing ideas about crime in Mexico.

They hear about a mass shooting in one region of Mexico and decide that they shouldn’t visit Playa Del Carmen.

That’s like a Mexican saying, “I’m not visiting San Francisco because I heard about the Columbine shooting in Colorado.”

Sure it has its dodgy areas.

But they are definitely nowhere near Playa Del Carmen.

I have been getting a few emails recently from people asking what the crime is like in Playa Del Carmen.

Well, there isn’t really any crime in Playa Del Carmen. 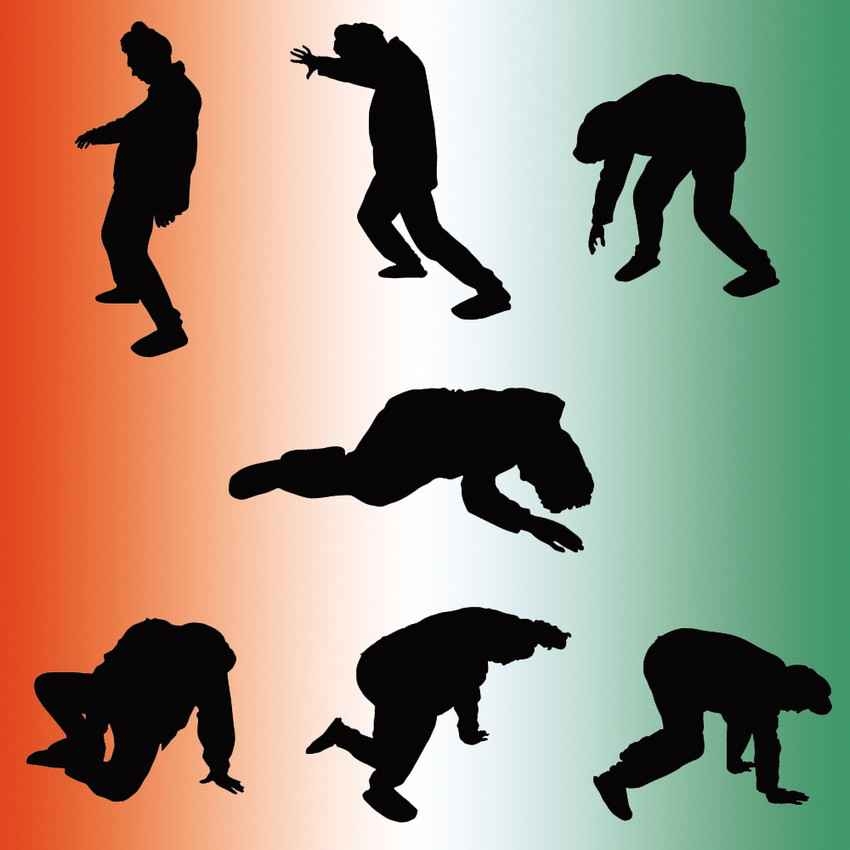 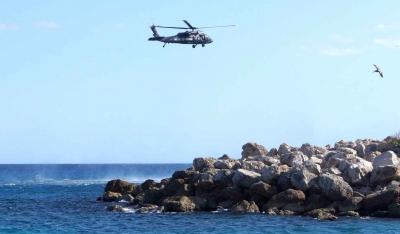 That seems to be a fact across the world.

In fact, Playa Del Carmen has got lower crime rates than Sweden and Switzerland.

Either Playa Del Carmen is really safe or there is a ridiculously high incidence of chocolate theft in Switzerland.

Everybody knows each other in Playa Del Carmen.

Even if you’re here for just a week, you’ll soon start waving hello to all the locals you pass.

Everybody also looks out for each other in here.

If you’re drunk in a bar the barman would get you a taxi.

If a tourist is getting hassled, then someone often steps in. 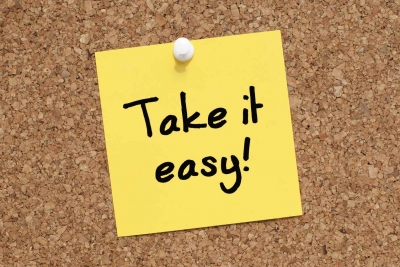 When you compare crime then Playa Del Carmen is actually safer than Cancun.

Although I’m not saying that Cancun is dangerous.

Most of the crime in Cancun can probably be explained by the fact it’s a much bigger city.

If it was in the US it would be the 17th largest city in the country.

However, Cancun is also more touristy and a lot more Americanized.

So there is more petty crime that’s targeted against tourists.

There are pickpockets and petty thieves in Cancun, something that very rarely happens in Playa Del Carmen.

The downtown area of Cancun can get a bit sketchy.

For most people it’s not a problem, but there are a lot of scam artists that will happily take your dollars.

In Cancun many people get told to stick to the hotel zone.

It’s a shame because they miss out on all the authentic local places in downtown.

They get warned about crime in downtown.

There aren’t the same warnings about crime in Playa Del Carmen.

Everywhere is safe, so you can visit all the local places and not have to worry about anything. 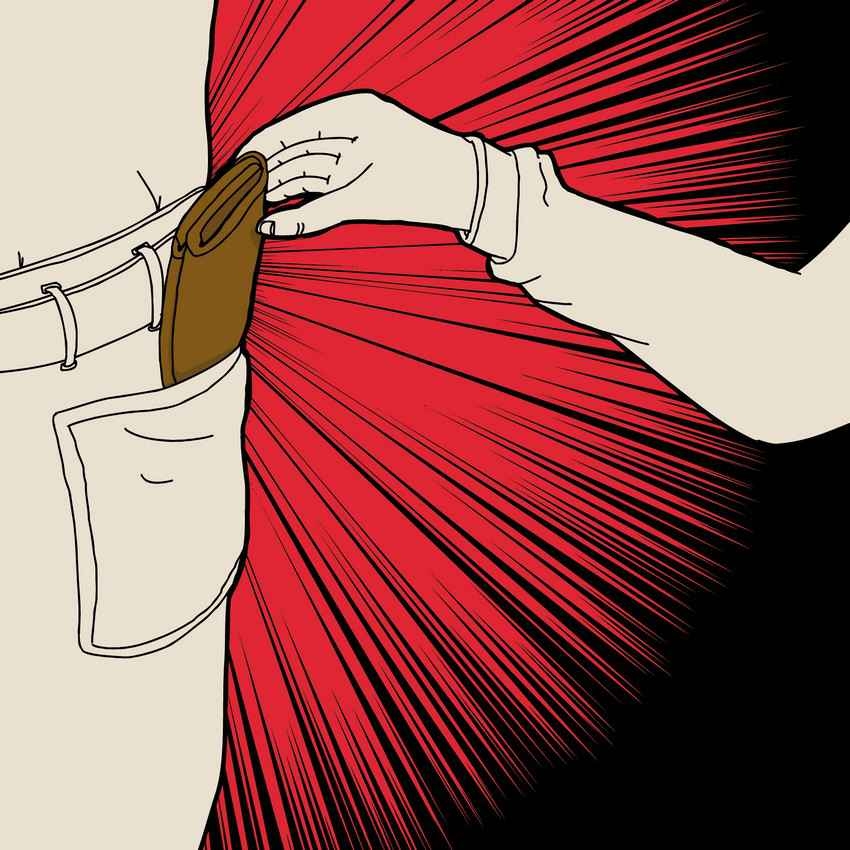 Crime In Mexico Is Isolated 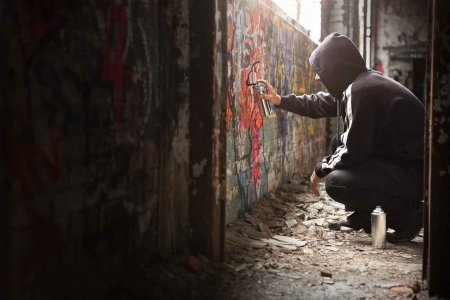 All over the TV there are these pictures of shootings and violent crime in Mexico.

Where the hell is Sinaloa? I thought Juarez was a famous person? Isn’t Fresnillo in California?

Nobody has ever heard of these places.

But if you see a map, you’ll find that almost all the drug and violent crime in Mexico happens on the other side of the country.

Playa Del Carmen couldn’t be any further from these shootings.

Take some of the places near the US border like Chuhuahua.

The US State department advises to avoid all non-essential travel to the region.

Some people mistake this for the rest of Mexico.

Chuhuahua is far closer to LA or Vegas than it is to Playa Del Carmen!!!

What Crime Is There In Playa Del Carmen? 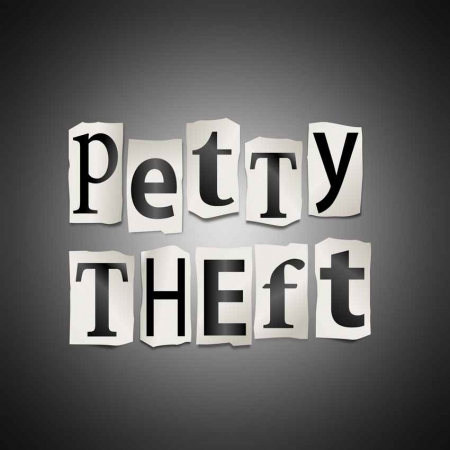 In general there is very little crime here.

Sometimes I meet people who had their wallet stolen.

But then I ask them, and it turns out they fell asleep drunk on the beach and woke up to find it missing.

There are a few dodgy looking guys on the streets who might try and sell you drugs.

Of course buying off these guys is a crime.

But these are also the guys most likely to steal your wallet or turn you over to the cops so you have to pay a bribe.

Other stories of crime are very opportunistic.

I met a man who said all Mexicans were thieving c****.

It turns out he left his camera at a beach bar and returned an hour later to find it missing.

What does he expect?

I once left my wallet on a busy bar counter and returned to find that not only was it still there, not a single note or card had been taken. 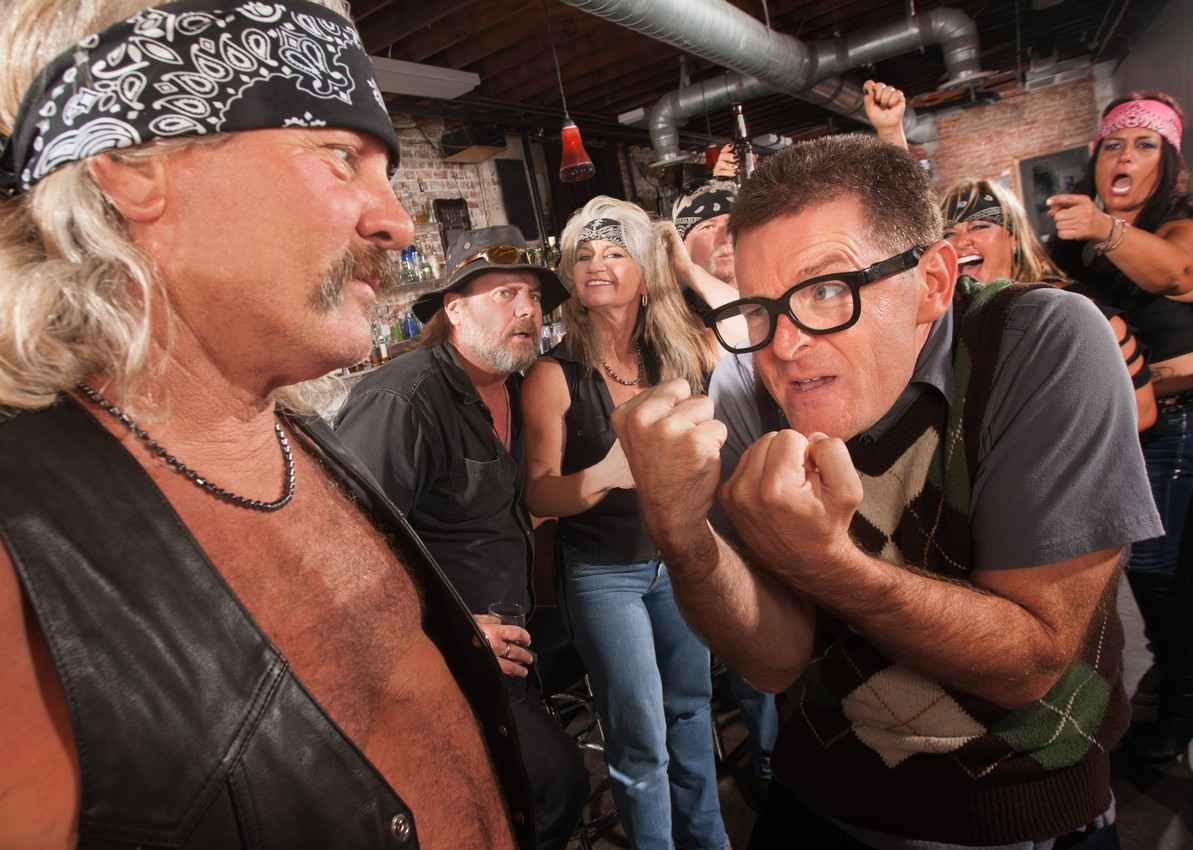 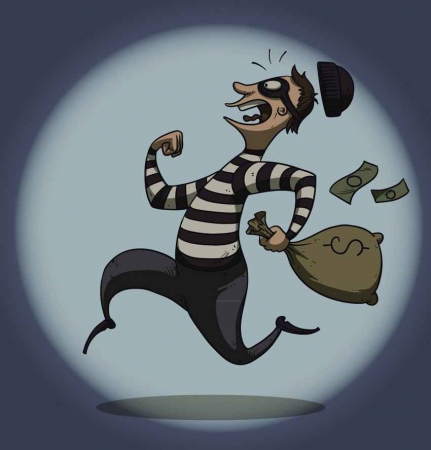 In general, if you follow some basic precautions you won’t have any problems.

As I said, most crime is opportunistic.

So keep your valuables with you and don’t leave them in the toilet / bar / beach / taxi.

Rather than carry your passport around take a copy instead.

Don’t take loads of cash out of the ATM.

Playa Del Carmen is pretty cheap, so you don’t need to walk around with $500+ USD unless you’re intending to spend 8 hours in a strip club.

There is a strong police presence here, and violence is not tolerated.

Most fights result in every person involved spending 24 hours in the local jail.

Definitely don’t buy any drugs off someone you don’t know.

In general just be sensible!

It’s basic things like not advertising your wealth or leaving valuables on clear display in your hotel room. 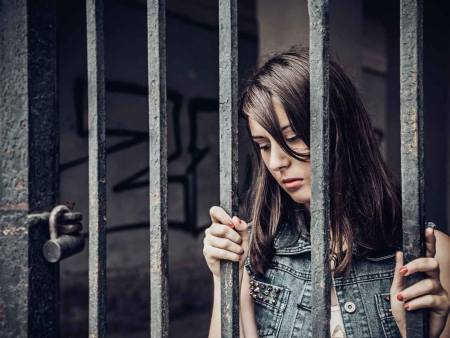 Some people are a bit fearful of coming to Mexico, so they immediately distrust any locals who talk to them.

It would be a shame to not trust strangers here.

The locals here are some of the kindest and friendliest people you could meet.

But, like any place, there are some dodgy dudes and skanky chicks.

So how do you know who to trust?

The best thing is to trust your instinct.

If someone makes you feel uncomfortable, then make your excuses and move on.

Imagine if you just walked up to a random person on the street and started chatting away and offering them something that sounded too good to be true.

They wouldn’t trust you.

If you’re in a bar or restaurant, and you start chatting to the people at the next table, they’re probably great guys.

Same with if you chat to the person next to you on the bus from Cancun to Playa Del Carmen or on the beach in a bikini.

If someone just suddenly appears out of nowhere, then they could be trying to scam you.

Common sense rules here… Not ridiculous fear of everything and everybody! 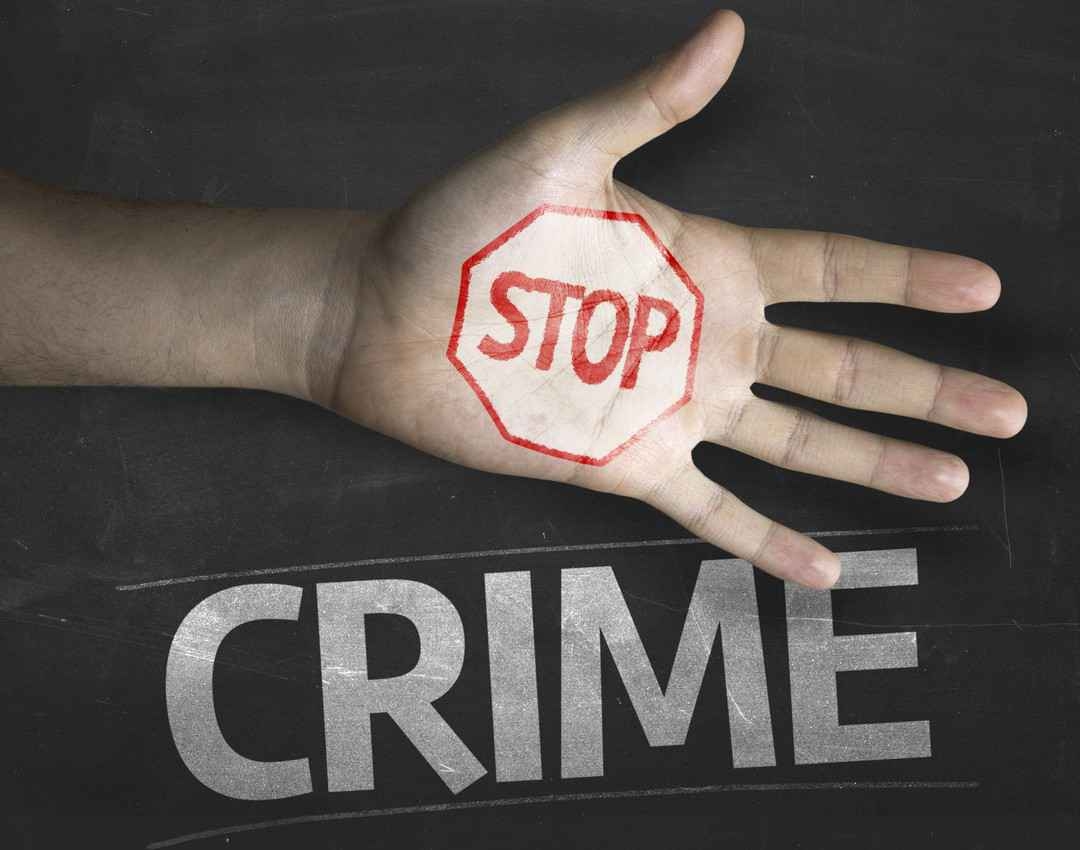 A Final Word About (The Lack Of) Playa Del Carmen Crime 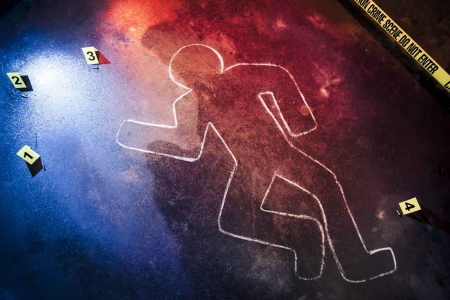 Statistically it’s safer than most cities in the US.

There is very little crime in Playa Del Carmen.

It’s a small city where everyone knows each other.

Don’t take my word for it though.

Come here and check it out for yourself.

It’s your turn. Have you had experience with crime in this city? Tell us about it in the comments section below!