…an excursion worth doing… 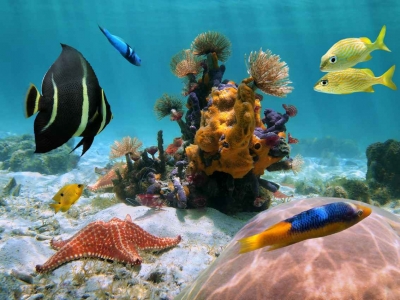 Some things in Mexico can be very confusing.

Or working out which bottle of tequila to buy.

Or waking up and being unable to locate your shoes.

But some things in Mexico are really really easy.

Loads of people don’t bother with Cozumel because they think it’s going to be a mission getting there.

Playa Del Carmen to Cozumel is actually one of the easiest and most enjoyable journeys you can take in Mexico.

They even have a live band on the boat. 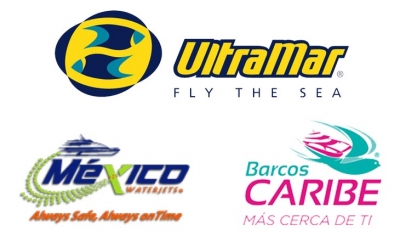 There are only three companies that go from Playa Del Carmen to Cozumel and back again. There used to only be two, but about a year ago (2015) another company joined the mix.

They all offer fairly similar service, but as with anything else – you usually get what you pay for.

From what I have seen, UltraMar appears to be the best.

MexicoWaterjets is somewhere in between.

The final company Barcos Caribe is the new kid on the block (so to speak).

The fact that they charge foreigners a completely different fee than Mexicans makes me very angry – in addition to the fact that (at the time of this writing) the entire website is in Spanish.

That’s right! No English whatsoever – even though a significant percent of people going to and from Playa Del Carmen and Cozumel are American/Canadian! Obvious disrespect to us tourists who keep them in business. A**holes!!!

Following the links above will take you directly to each company’s ferry schedule. But before you go ahead and make plans, make sure you understand how the ferry schedule works.

Scheduling Your Ferry Ride / “Why Do Mexicans Have To Make Everything So Complicated?”

Before I go on to tell you about how each company does the scheduling, please realize that for two out of the three companies, the schedule changes every day/month/season. Why? I have no idea!!! 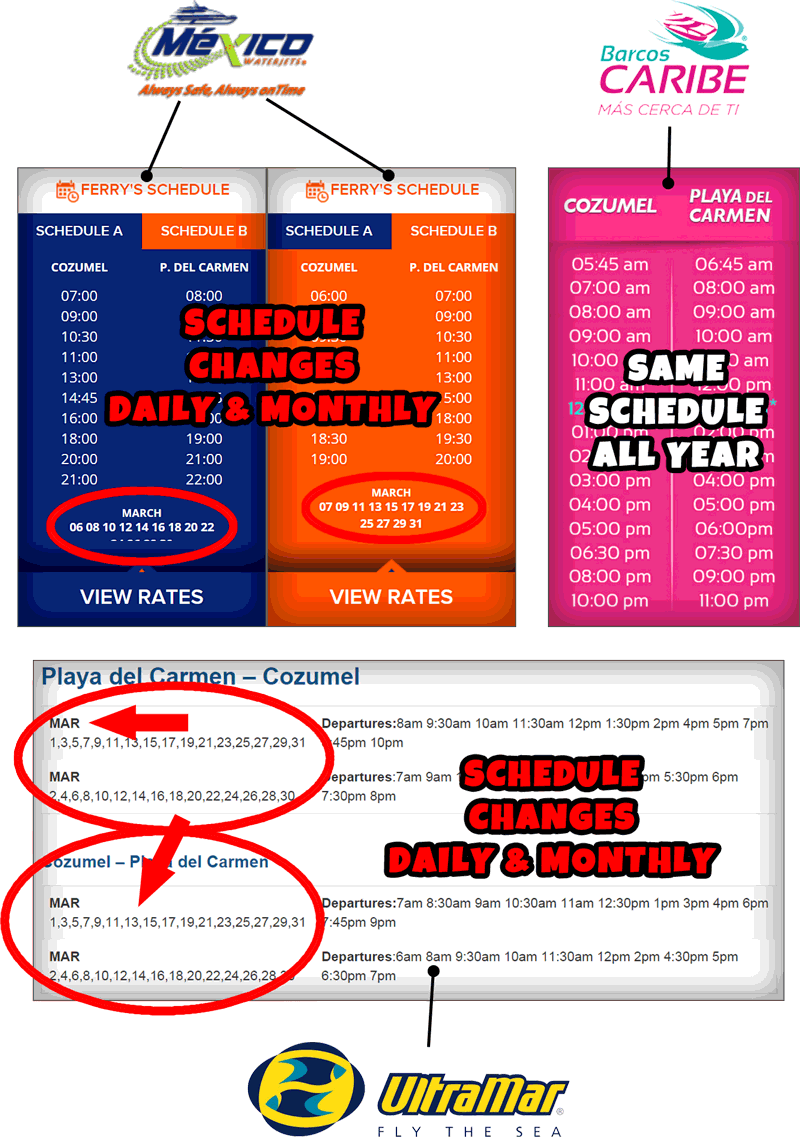 The following video is a glimpse of what you should expect when writing one of the ferries.

In this case, the person doing the filming was riding on an UltraMar boat.

You can see the live music, people enjoying themselves, the amazing view as they travel across the channel, and you even get a glimpse of what Cozumel Island is like upon arrival.

Why go to Cozumel 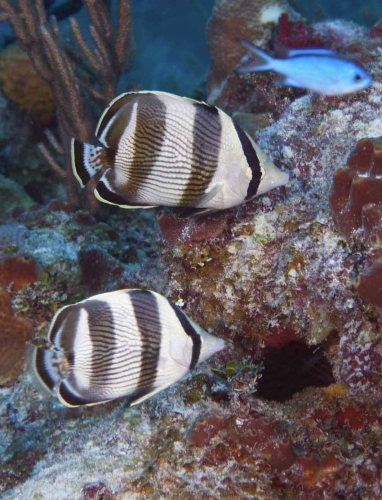 Now that I’ve told you all that nonsense about the ferry ordeal, let me tell you a little bit about Cozumel Island.

Well I say it’s in the Caribbean, but it’s less than an hour by boat from Playa Del Carmen. It’s actually only 45 minutes by ferry.

You’ll find a cool little town, a string of private beaches, and then this idyllic near deserted coastline.

It’s perfect for having some quiet time with a loved one.

Or with a person of the opposite sex that you’ve just met.

It’s also perfect if you want to try cuddling some rays and dolphins.

The snorkeling is immense.

It’s like you’ve walked into a waiting room for Finding Nemo actors.

FACT: The reef around Cozumel is the second largest in the world.

The western beaches have calm currents and developed private parks.

So you’ll have to pay entrance fees or buy a drink to chill there.

The eastern coastline has some pounding waves and wind.

It’s near deserted and has a real Lost type feel. 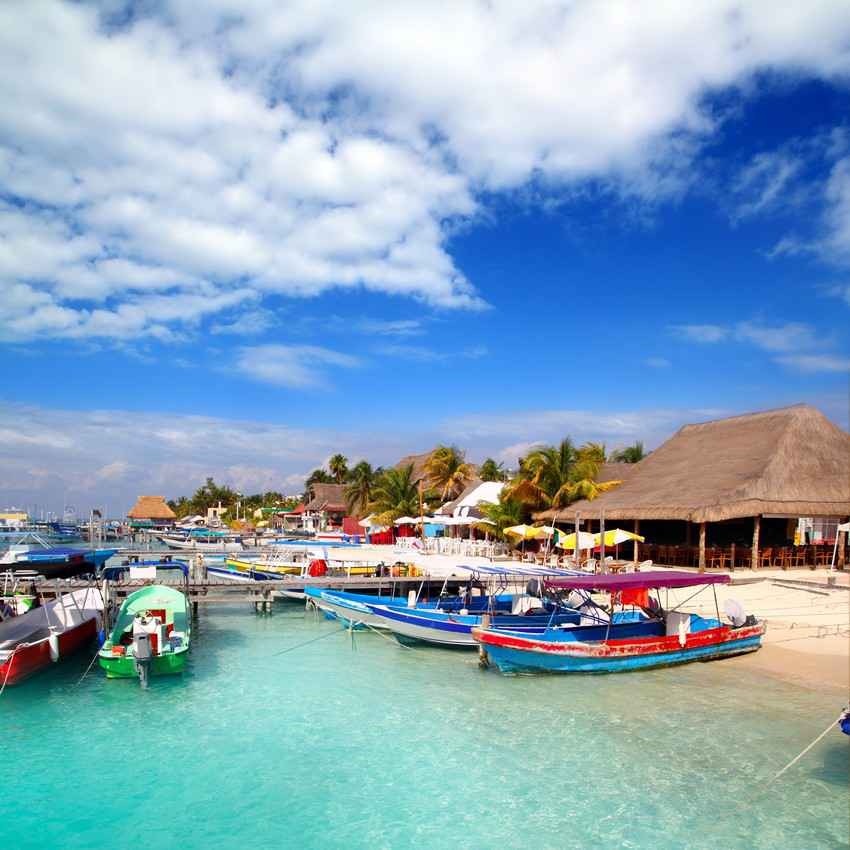 How To Go From Playa Del Carmen To Cozumel

Going from Playa Del Carmen to Cozumel is very easy.

Unless you’ve got a helicopter or private boat, the only way across is by the public ferry.

Cozumel does have an airport, but flights arriving here are astronomically priced.

There are two rival ferry companies that run a service from Playa Del Carmen to Cozumel.

Each ferry leaves every two hours, although the companies alternate their schedule.

So in effect, there is a direct ferry on the hour, every hour.

Don’t buy your tickets in advance.

And don’t buy a return ticket.

To go from Playa Del Carmen to Cozumel just rock up at the ferry terminal about ten minutes before the hour.

Then ignore the ticket pushers.

Just buy a ticket from the main office of the ferry company. 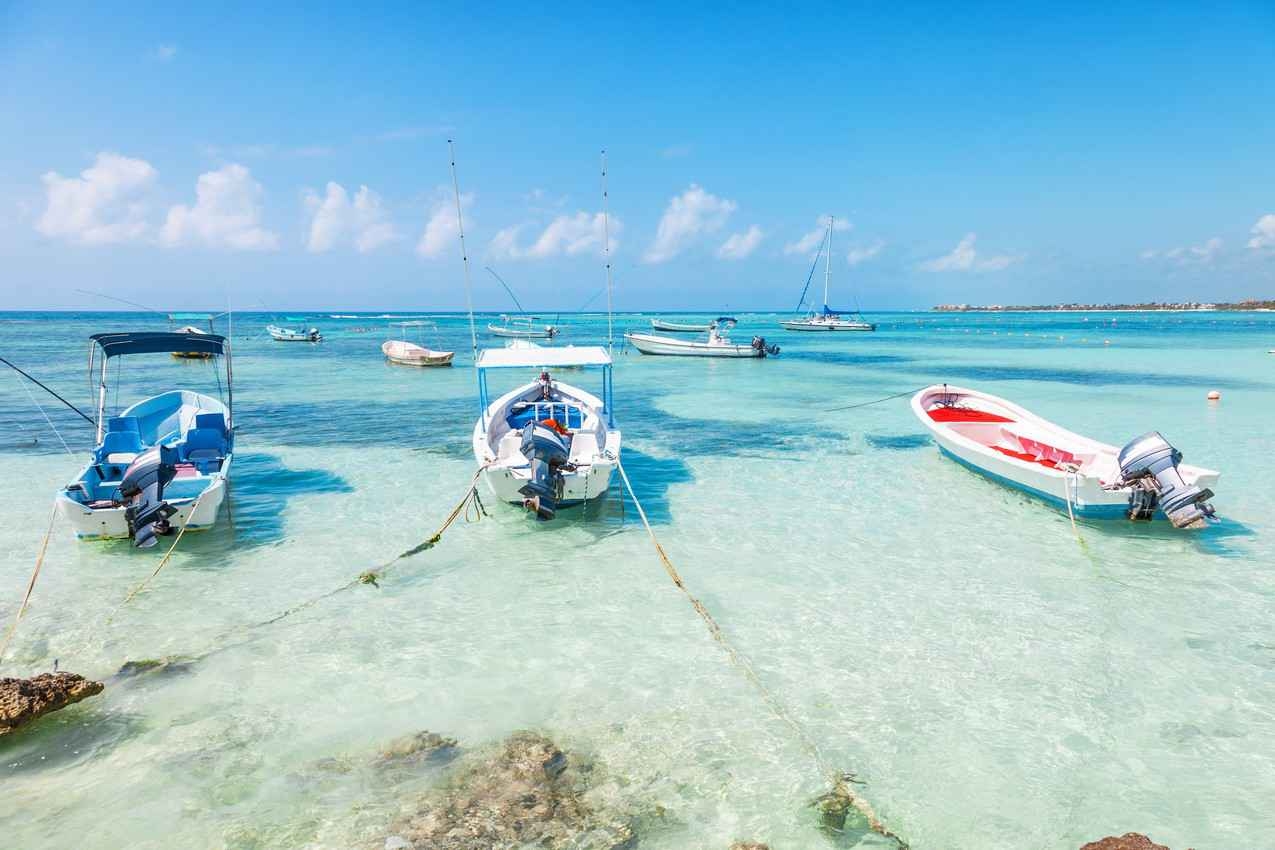 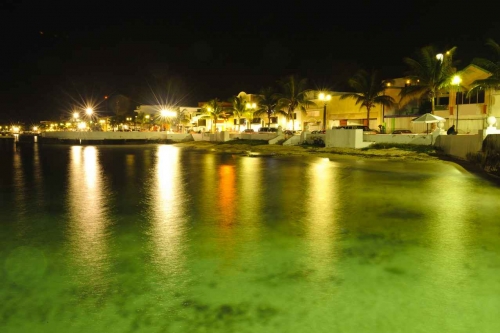 The prices for the ferry are always changing.

A return tickets cost the same price as two singles.

So you don’t save any money.

However, the two ferry companies have different tickets.

That means you can only use a Ultramar ticket on an Ultramar ferry, for example.

If you buy a return ticket then you cut your choice of return ferry by 50%.

It’s much better to stay flexible.

You can buy beer at the ferry terminal.

But do you want to be waiting for an hour because you got conned into buying a return ticket?

Some of the lying degenerates will try convincing you that the other ferry is sold out.

Or that aliens abducted the captain so you absolutely MUST buy a return ticket right now or else.

Rock up, check out which ferry is leaving, and buy a ticket.

About the Cozumel Ferry Schedule

You can buy a ferry ticket on Fifth Ave or near the ferry port.

But again, that’s going to limit you to a ferry every two hours.

Keep it open and buy a ticket at the dock.

These ferries never sell out; there is always more room!

Even if they did, they would still stuff a hundred extra people onboard anyway.

If you’re going from Playa Del Carmen to Cozumel, the boats leave every hour from 7am to 10pm, except for 9am, 2pm, 4pm, and 9pm.

I think that’s the time when the captains are sleeping.

If you’re going from Cozumel to Playa Del Carmen, the boats leave every hour from 6am to 9pm, except for 8am, 1pm, 3pm, and 8pm.

It doesn’t matter whether it’s an Ultramar ferry or Mexico Waterjets ferry as long as you don’t have a ticket. 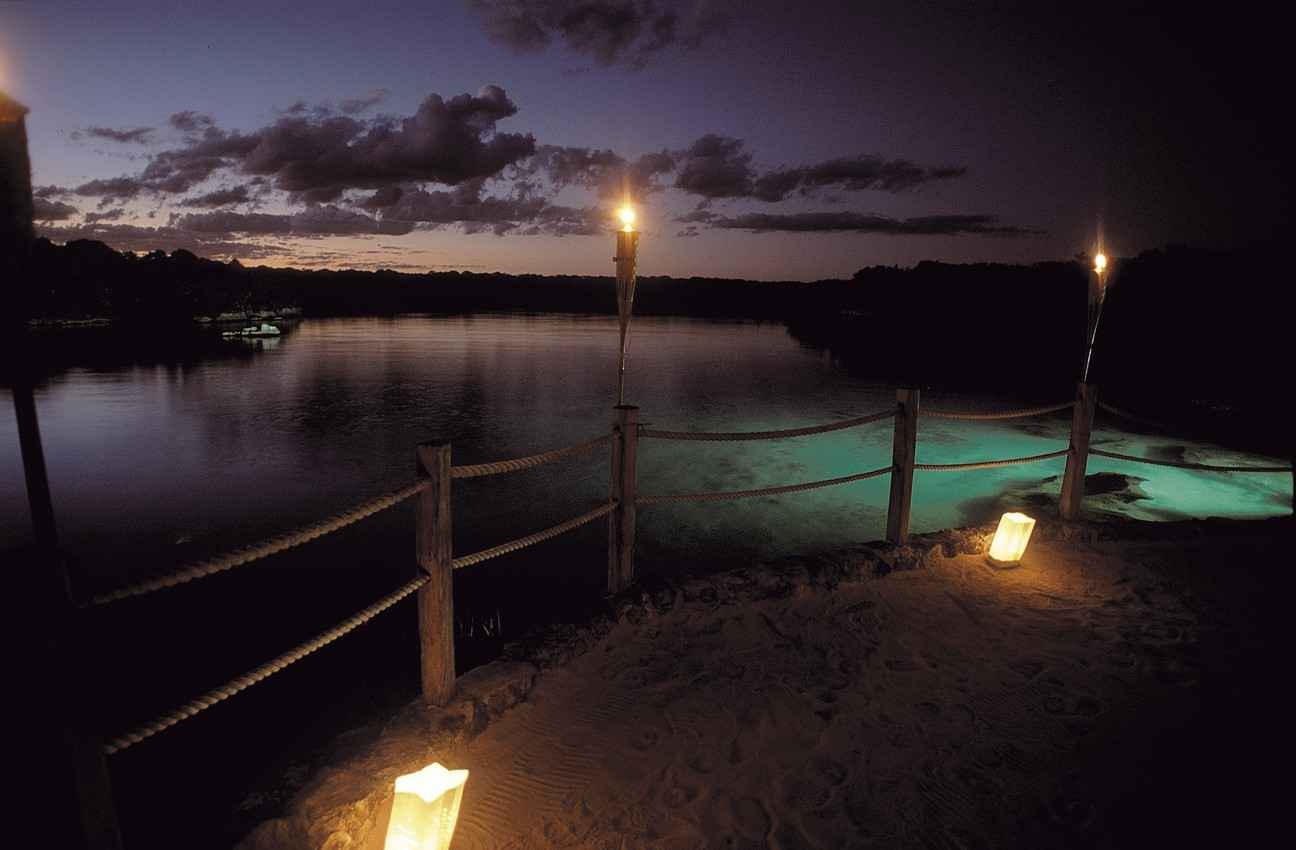 Both Playa Del Carmen to Cozumel Ferries Are The Same Onboard

There’s virtually no difference between the Ultramar and Mexico Waterjet ferries.

The best part is that a live band rocks the upper deck in the afternoon.

They’re quite good, so give them a tip and start boogying with a sombrero on.

There are bathrooms onboard.

Most importantly, they sell beer and it’s pretty cheap.

Downstairs is air-conditioned and generally quiet.

They have some TVs, but I think they all broke about ten years ago.

Upstairs is best for a fiesta atmosphere, getting sunburned, and enjoying the ocean views.

Wear a cap. Especially if you’re bald. Or British.

My pale-skinned buddy once got sunburnt through his t-shirt on the Playa Del Carmen to Cozumel ferry.

It doesn’t sound possible. But it is.

He wasn’t very successful with the ladies after that mishap. 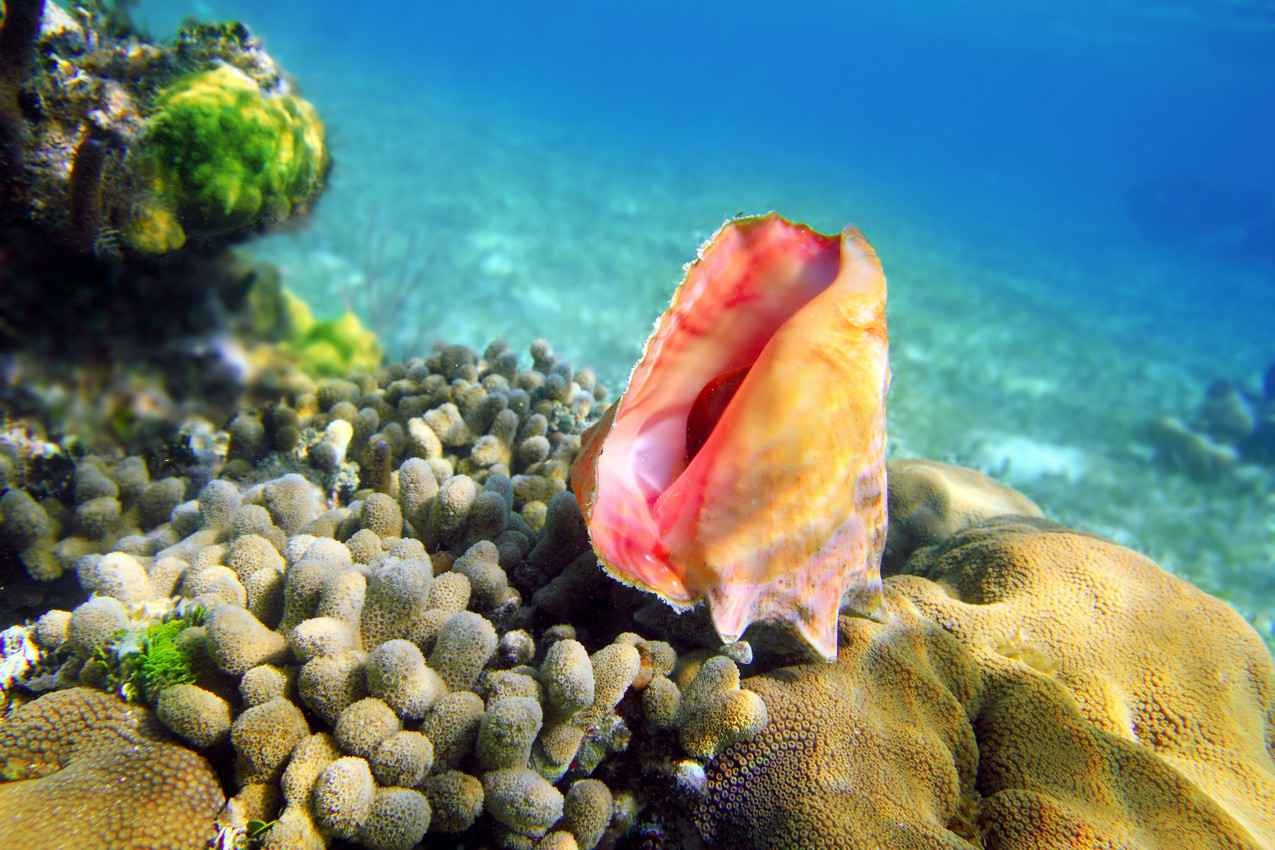 The Ancient History of Cozumel 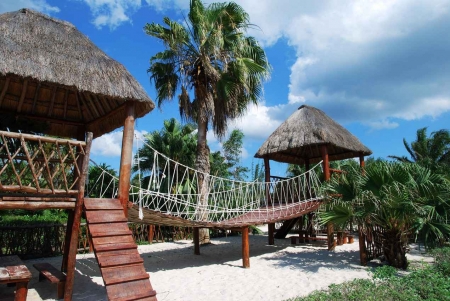 Before finishing this piece of travel advice, I feel compelled to write about the funky history of Cozumel.

The Mayas lived on the island since the 7th century, and it was sacred for the Maya Moon Goddess, some heroic chick named Ix Chel.

Honestly, I wish I would have met her.

Mayan women would make a pilgrimage to the island and visit one of the Moon Goddess’s temples.

How they managed to row across, I don’t know.

But they were obviously keen on fertility treatment because that was the purpose of the visit.

After the Spanish brought smallpox and gunpowder, the Mayan settlements disappeared.

In 1861, President Lincoln tried to purchase Cozumel so he could relocate freed slaves.

The Mexican president told him to piss off.

And if moon goddesses aren’t enough to get you from Playa Del Carmen to Cozumel, then there’s always hot chicks in bikinis (and hot dudes in Speedos, I guess) on white sand beaches.

Just remember not to buy a return ticket.

Imagine picking someone up on the beach, actually getting somewhere, and then discovering that you can’t get on the boat because you’ve got the wrong ticket.

Cockblocked by a ferry schedule!

Enjoy Cozumel, and I hope to see you there soon!

It’s your turn. Do you have any advice about going from Playa Del Carmen to Cozumel? Please leave it in the comments section below.