According to Mexican laws, it’s illegal to go topless.

But whenever I walk along the beach in Playa Del Carmen I see quite a lot of boobs.

Rather than put semi-naked women in handcuffs, the local policemen are far more likely to just give an admiring stare.

Ever since the hippies landed in Playa Del Carmen many decades ago, topless laws haven’t really been enforced.

But stripping off your bottoms is definitely ‘below the belt’ (e.g. taking off your bikini bottom is not acceptable).

As is walking around the streets pretending you’re auditioning for Ron Jeremy’s next film.

So what are the rules?

And what are the risks of going topless in Playa Del Carmen?

Read on as I strip bare the facts from the fiction.

You can take a quick look at this video and see what it would be like if you were topless at the beach.

Of course, you may get a few wandering eyes, but would you really expect less?

Hell, you get it all the time when wearing a short skirt, right?

In any case, don’t let it bother you and just do what you want.

You can check out some boobs in the video below. It was made by some chicks who are clearly packing some plastic and are quite obsessed with boobs! If a dude like me made the video, some over-zealous “metoo” movement adherents would try to have my site taken down. But, because it’s girls who talk about boobs, it’s perfectly fine.


In any case, see how many boobs you can count in the video… 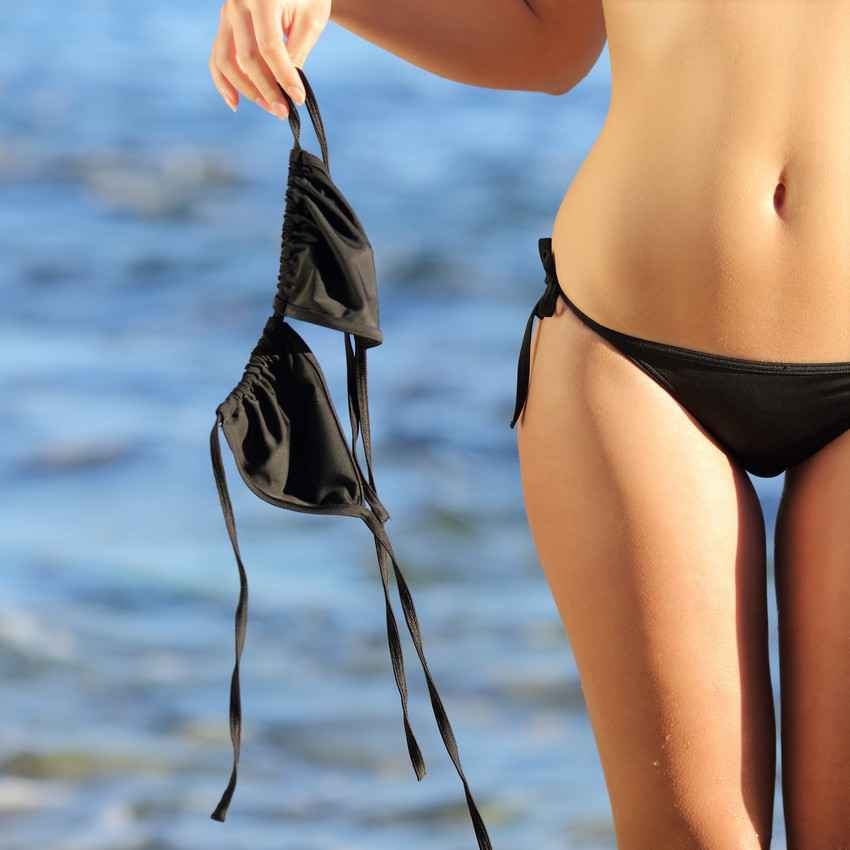 Is It Legal To Go Topless In Playa Del Carmen? 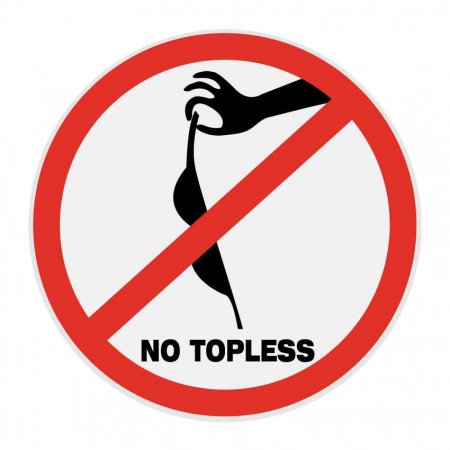 All beaches in Mexico are federal land so whipping off the bikini is a criminal offense.

However, the definition of lewd behavior is at the discretion of the local authorities.

It’s up to them to decide whether public nudity is immoral.

So getting naked elsewhere in Mexico generally isn’t acceptable.

Frankly, neither do I.

In fact, Playa Del Carmen has the reputation of being the place most open to boobs in the whole of Mexico.

So, while it is illegal, the law isn’t really enforced. 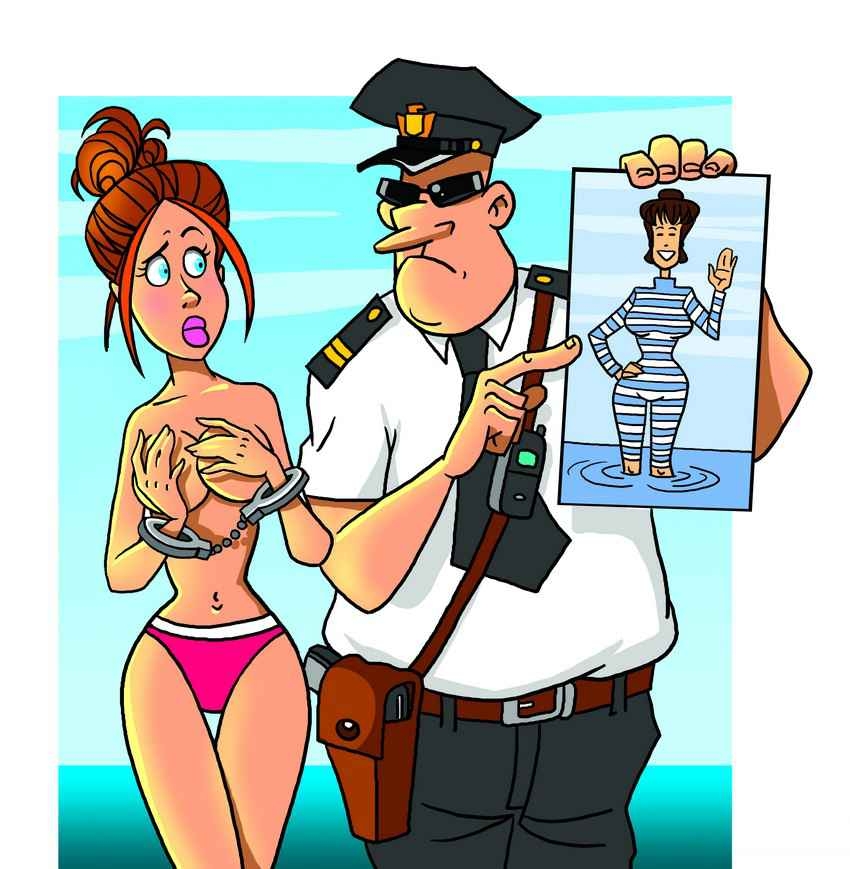 So What Is Acceptable?

But these grey laws don’t mean you can walk around everywhere with all your bits on show.

It’s important to respect local culture and not go over the top.

Waving your jubilees at every passing local is not.

Once off the beach, it’s very risky to go topless.

At minimum, you’ll get some unsavory stares – both from unhappy local women (read: jealous), and young American males who think all their Christmases have come at once.

As mentioned above, going completely nude is also not acceptable.

In all my time in Playa Del Carmen I’ve never seen anyone do the full monty.

I’m sure the day will come, however.

Screw You, I Want To Get Fully Naked…

There used to be a completely nude beach in Playa Del Carmen, but that disappeared under a bad stormy season and a load of condos.

If you really want the naked truth then there are still a few small beach resorts in Tulum where clothing is very much optional.

Some call them swingers clubs.

Others prefer to say something along the lines of naturism.

Either way, while in Playa Del Carmen it’s important to keep your bottoms on.

Which Beaches Are Best For Going Topless? 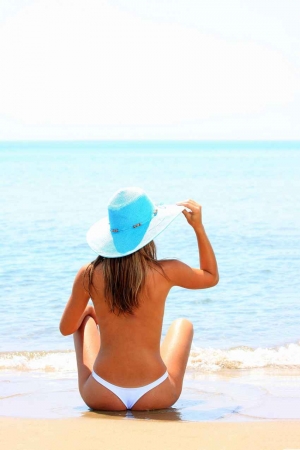 Mexico is a conservative country, and topless ladies are only acceptable at the resort zone beaches.

At these popular beaches baring your chest isn’t going to raise many eyebrows.

First of all, because the private resort beaches generally have their own security that could care less what you do–so long as you pay your bill.

Second, the local police/beach patrol don’t spend a lot of time in these areas because they know there is already enough private security to make sure things are safe.

It’s not okay to take your top off at these places as it upsets the locals. Honestly, most of them are probably jealous, and that’s why they get angry.

If you’re in doubt, have a look around.

If you can see boobs then it’s probably okay to whip off the bikini top.

If you see Mexican families that have come straight from church then it’s best to relocate before getting the all over tan.

What If The Police Question Me? 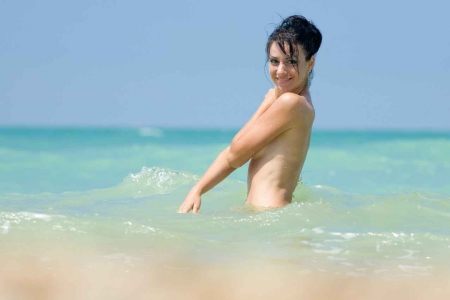 If you’re only going topless, at the very most, a big fat Mexican policeman will walk over, stare at you for 10 seconds, and then finally tell you to put your top back on (in Spanish, of course).

He will likely try to prolong his interaction with you as long as possible so he can stare at you longer as well.

That’s it. That’s the only “punishment” you’ll have to deal with.

The police are only likely to make an ordeal out of the situation if you’ve crossed the line and ventured into something that’s considered lewd behavior (i.e. taken off your bikini bottom, having sex with your BF/GF on the beach, etc…).

If the police question you, this is my advice: just run into the water. Most Mexicans can’t swim, and there is no way the cops are going in after you!

Kidding (about the “going in after you” part; not kidding about the “can’t swim” part). They will just wait for you. Honestly, most of them just stand around anyways.

If your don’t feel like playing hide-and-seek with the local police, you can easily talk your way out of it by claiming that your bikini fell off, or a vicious gust of wind undid the straps.

But if you’ve been taking things too far then you could be in trouble.

Getting completely nude, or going topless on a beach that’s only got locals, is likely to result in some more serious questioning.

Just because topless sunbathing is acceptable on some beaches, it doesn’t mean you can start getting frisky with your man.

Touching and feeling is a big no no – on any beach here. 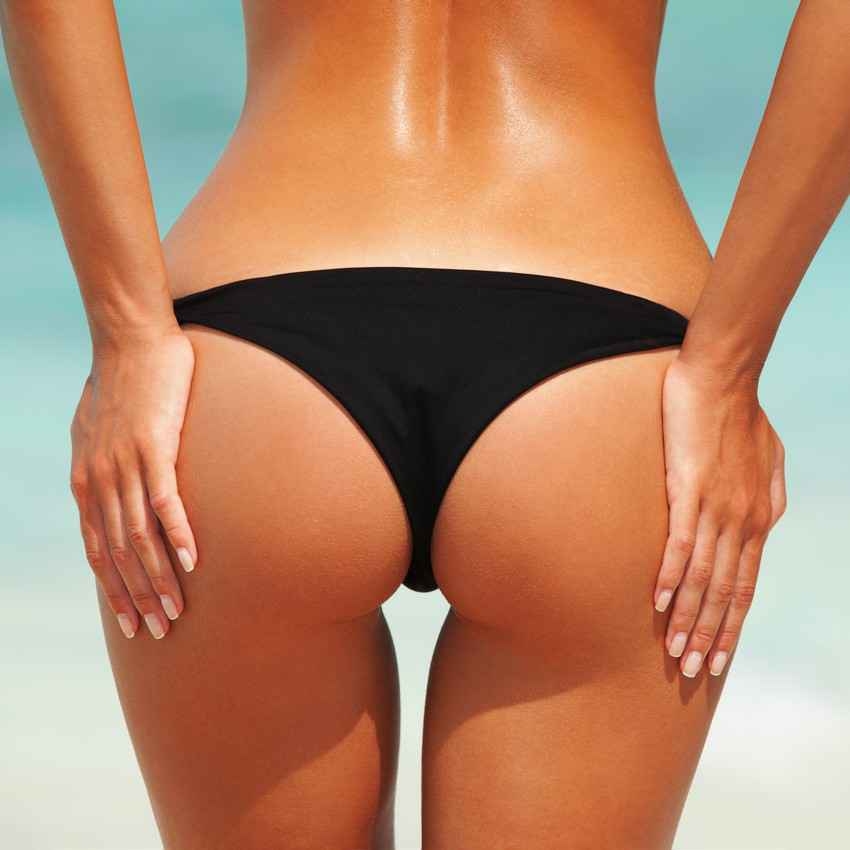 Help! There’s Load Of Boobs And I Don’t Know What To Do

Playa Del Carmen has more than enough sand to go around.

If you don’t like the topless women next to you, it’s easy to relocate elsewhere on the beach.

It could be that you like the topless women too much, and start taking secret photos on your smartphone.

Perhaps you think those boobs are an invitation?

Pour some water on your shorts and forget about it.

They came for a tan not a bad pick up line.

Has That Cleared Things Up? 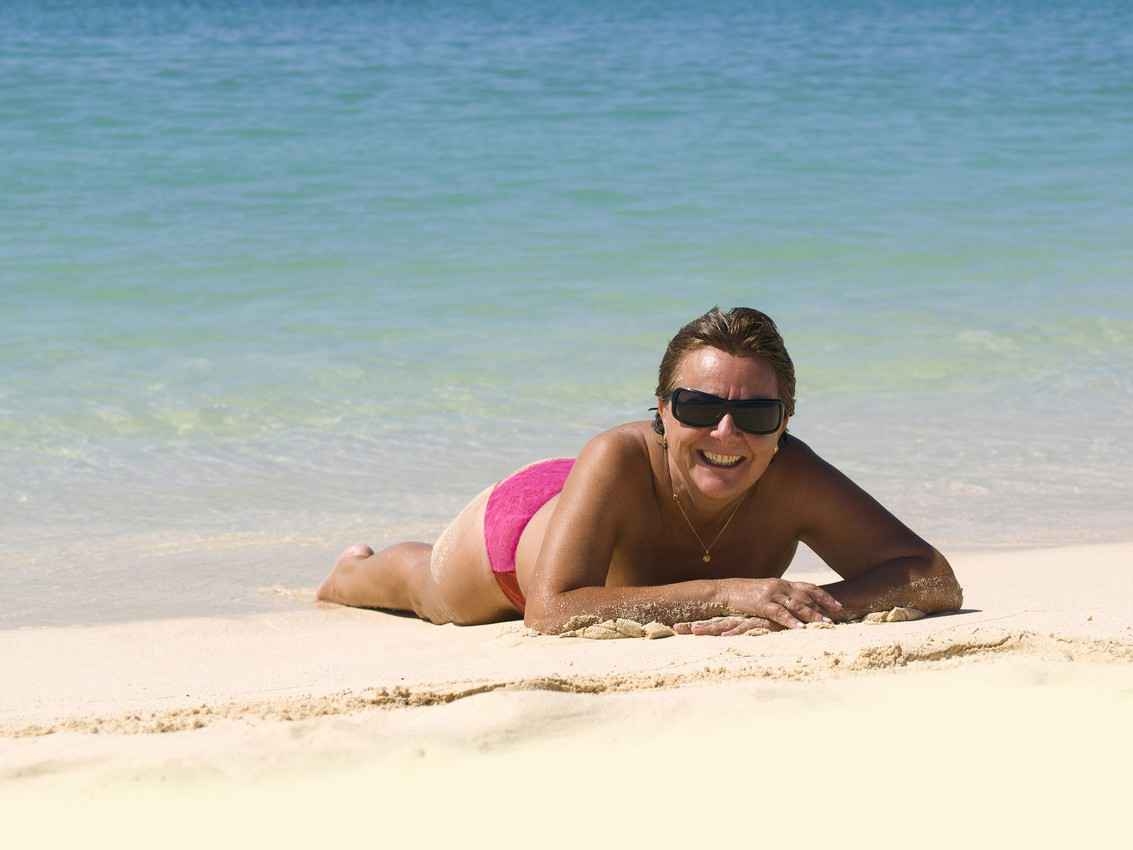 In summary it’s illegal, but the law is not enforced

And as long as you have a sprinkling of common sense, there shouldn’t be a problem.

But I forgot one vital piece of information!

Remember the sunscreen. Sunburned boobs are not funny.

Whether they’re yours, or you have to look at them.

Do you have some experience with topless beaches in Playa Del Carmen? Leave a comment below!