…the exclusive and upscale resort area… 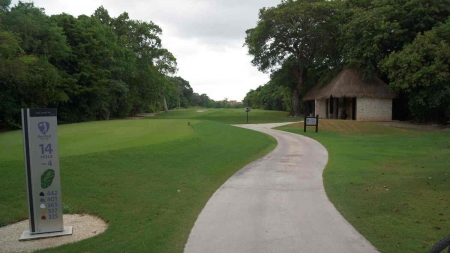 When I first arrived in Playa Del Carmen, I had a Mexican buddy who kept saying something about Playacar.

Poor guy, I thought, he’s mixing his English and Spanish and thinking you can drive a car on the beach.

My Spanish always improves when I’m drunk so I gave him five shots of tequila.

But a few days later I discovered that I was wrong.

I’m going to give you a run down of the area and also a map to help guide you along! 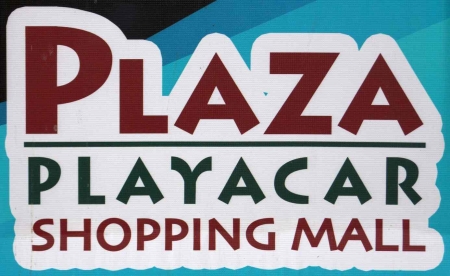 Rather than string the high-end resorts all over Playa Del Carmen, the local government designated a purpose-built hotel zone called Playacar.

It’s a four-mile stretch of beach that is exclusively designated as a tourist zone.

Unsurprisingly it’s smack dab on the beach and combines the three things most high-end tourists are looking for; sunbathing, turquoise ocean, and luxurious facilities.

Playacar prides itself on being exclusive and containing everything a tourist might need.

So they have their own shops, bars, restaurants, activities etc.

Some people come to Mexico and only see Playacar and the Cancun airport. 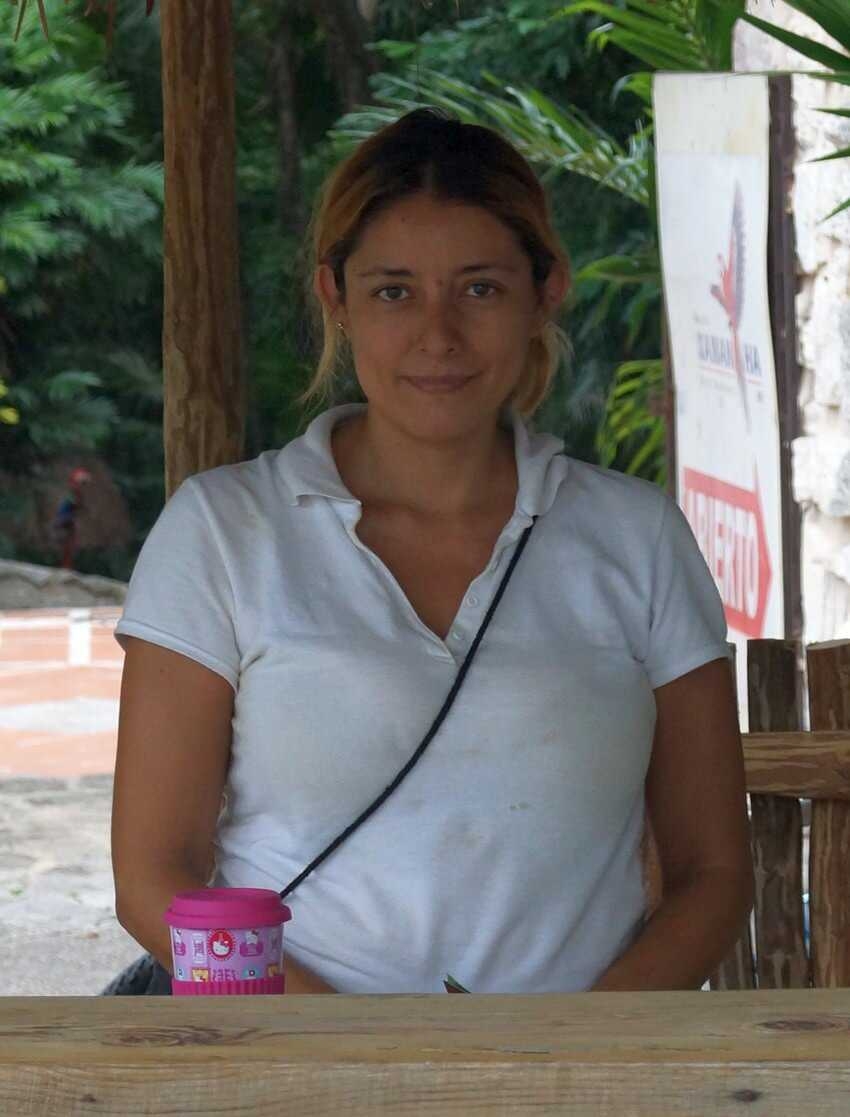 Playacar Map….Where Is This Exclusive Place?

Playacar is at the south edge of town and you can walk there from 5th Avenue (actually the main entrance is on 10th Avenue) in about 10-15 minutes.

It starts at the southern side of the ferry dock where you take the boat to Cozumel.

There are two sections.

Phase 1 is a gated community with very exclusive villas and condominiums.

You can’t take your own car in without permission. However, you can walk, bike, or take a taxi inside.

I’m pretty certain that there are a load of famous people living there.

My Mexican buddy reckons Brad Pitt has a villa there.

But then again, isn’t Brad Pitt supposed to have a villa everywhere?

It’s built around a golf course and is where all the expensive hotels and all-inclusive resorts are located.

Below is a picture of a woman I met named Elizabeth Sanchez as I was riding my bike around taking photos of the area.

She sells tickets to Xaman-Ha and also runs a small tour company. If you see her, tell her that Rufus says, “Hello.” 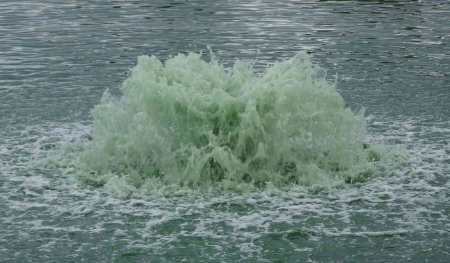 Of course the developers had picked the most impressive beach to build on.

There’s no doubt that the beach in this area is beautiful.

It’s the combination that all the big travel agents love because they know it sells vacations.

However, the Playacar beach has been suffering from erosion–and green sea monsters.

Acually, this is not a picture of the beach. Just a green water fountain found in Playacar.

There are leprechauns everywhere here!

The wind sweeps against the coast and takes loads of sand with it.

The problem is that the Playacar beach lies south of Cozumel Island so it isn’t protected from the Caribbean wind.

The hotels do their best to prevent it, and some hotels have been able to restore great beaches.

But others like the Allegro Playacar don’t really have a beach anymore.

Ironically, it’s quite cool when they have no beach.

You can be sunbathing right next to the ocean but don’t have to deal with sand everywhere.

What Are The Hotels And Resorts Like In Playacar?

The hotels and resorts in Playacar are mainly for families and older couples.

It’s not the best place to go if you’re a single dude.

Most of the women I see on the beach in Playacar look like they’ve spent their whole lives on a sunbed – or sunbathing on the bow of a yacht.

I have my own place in Playa Del Carmen, so I haven’t stayed in any of the resorts here (as of this writing).

But I have been checking them and admiring their facilities.

If you want high-end luxury, then this is the place you should come.

They tell me the resorts in this area are very affordable as well.

A couple of times I had drinks in somebody’s room, and I was insanely jealous.

They had a bed that was bigger than my bedroom and a balcony that overlooked the ocean. 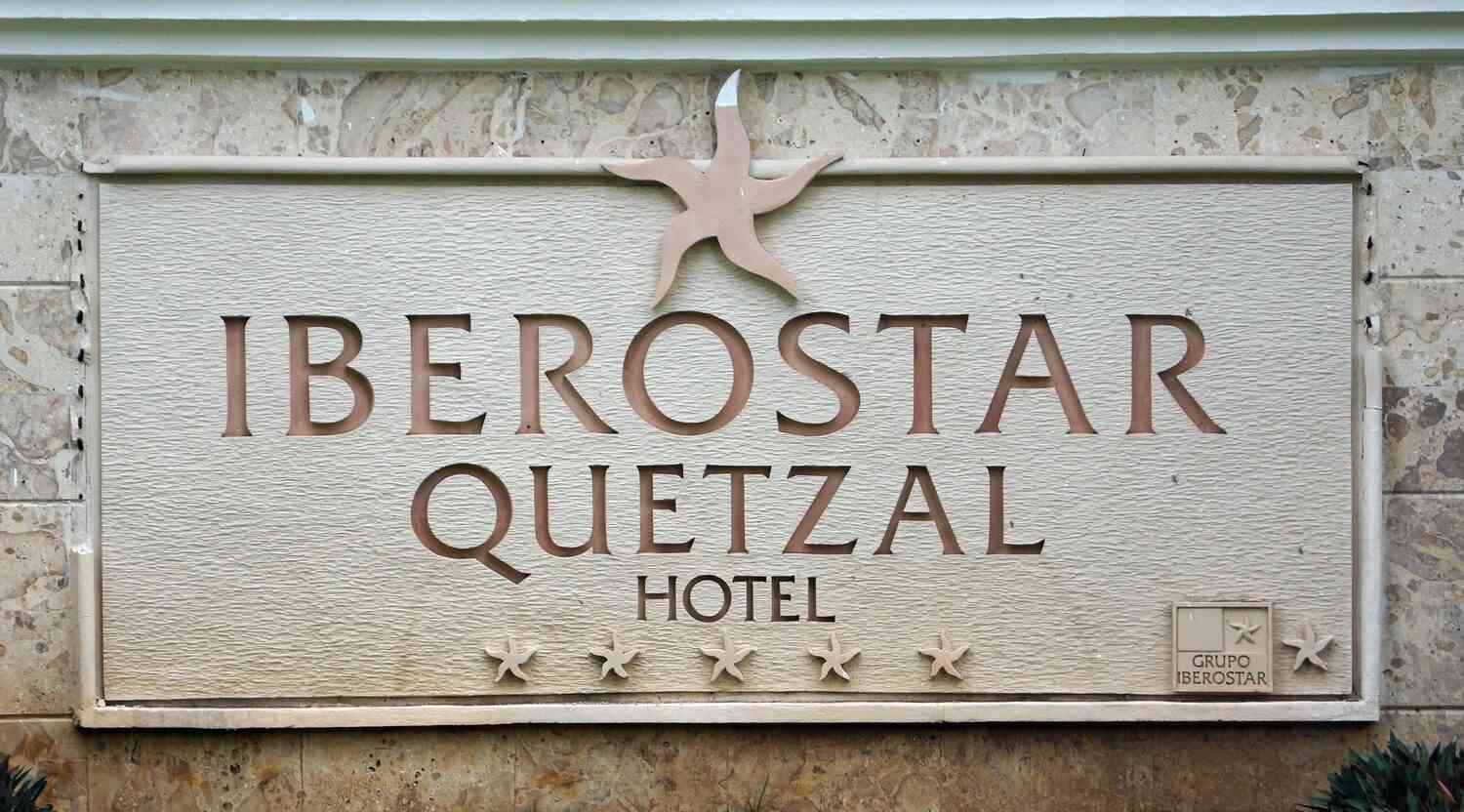 What Hotels And Resorts Are On The Playacar Map? 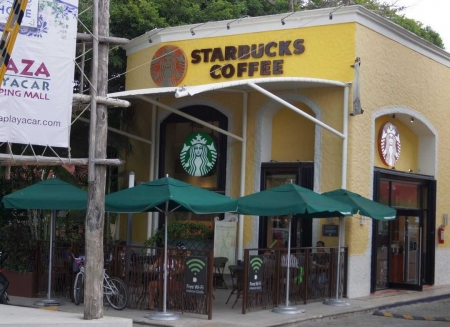 If I’m honest, most of the hotels look very similar to me.

It’s like looking at photos in a travel brochure.

How do you pick the best one out?

I would draw you a Playacar map but I’m terrible at drawing.

So just imagine a map with some white (the sand), some blue (the sea), and some boxes (the hotels).

These are the hotels and resorts in Playacar going from north to south (if I missed any, please tell me):

There are also two all-inclusive resorts that aren’t actually on the beach.

These are the Riu Lipitia and Riu Tequila.

I tried to pretend to be a guest at the Riu Tequilla and get myself some free shots of the good stuff.

Boo hoo hoo. They had no pity on your poor narrator.

Can Everyone Go To The Playacar Beach?

In Mexico all the beaches are supposed to be public and open to everyone.

But that’s not really the case at Playacar.

You can walk along the beach without any problems.

For passers-by, the Playacar beach is open to everyone.

But if you’re not a guest, then don’t sit on the sun loungers or sunbathe beneath the umbrellas–chairs and sun loungers mean private property, and you’ll be asked to leave.

Even putting down your towel in this area will probably provoke someone from the hotel moving you on.

The restaurants and bars are also for guests only.

If you are with people staying at the hotel, I’ve found that it’s usually okay.

But don’t go in on your own–you’ll get the boot like I did. 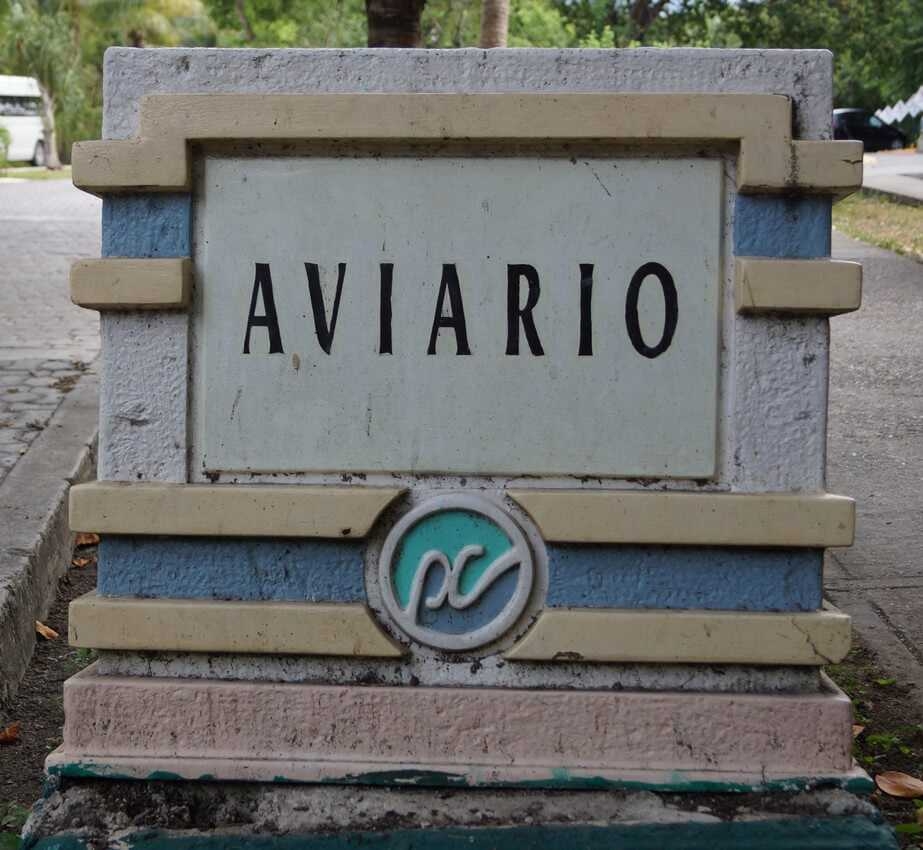 What Are The Strange Things On The Playacar Beach? 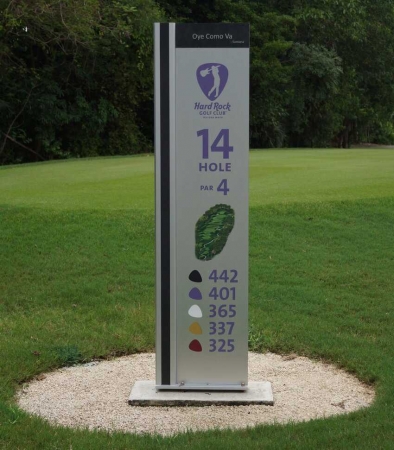 When you walk down the Playacar beach, you’ll see these strange objects that look like beached whales.

And before you ask, no, they’re not English girls lounging in the sun.

Which is just a posh name for sandbags.

I’ve always associated sandbags with the army (which is probably why the hotels wanted to use a different name).

The geotubes stretch out in the ocean and are supposed to be restoring the beach.

Some are obviously working, while others have been there for years and have seemingly achieved nothing.

They are a little ugly, but aren’t all beached whales…

However, they also make some neat little seats in the ocean if that’s your thing.

The Playacar hotels and resorts were built around an 18-hole golf course.

Playing golf is seemingly what tourists coming to Playa Del Carmen want to do.

I could make some jokes about spending more time in the sand than David Hasslehoff, but golf is not really for me.

I think it ruins a good walk.

However, if it takes the guys away – and improves the male to female ratio on the beach – I’m not going to complain. 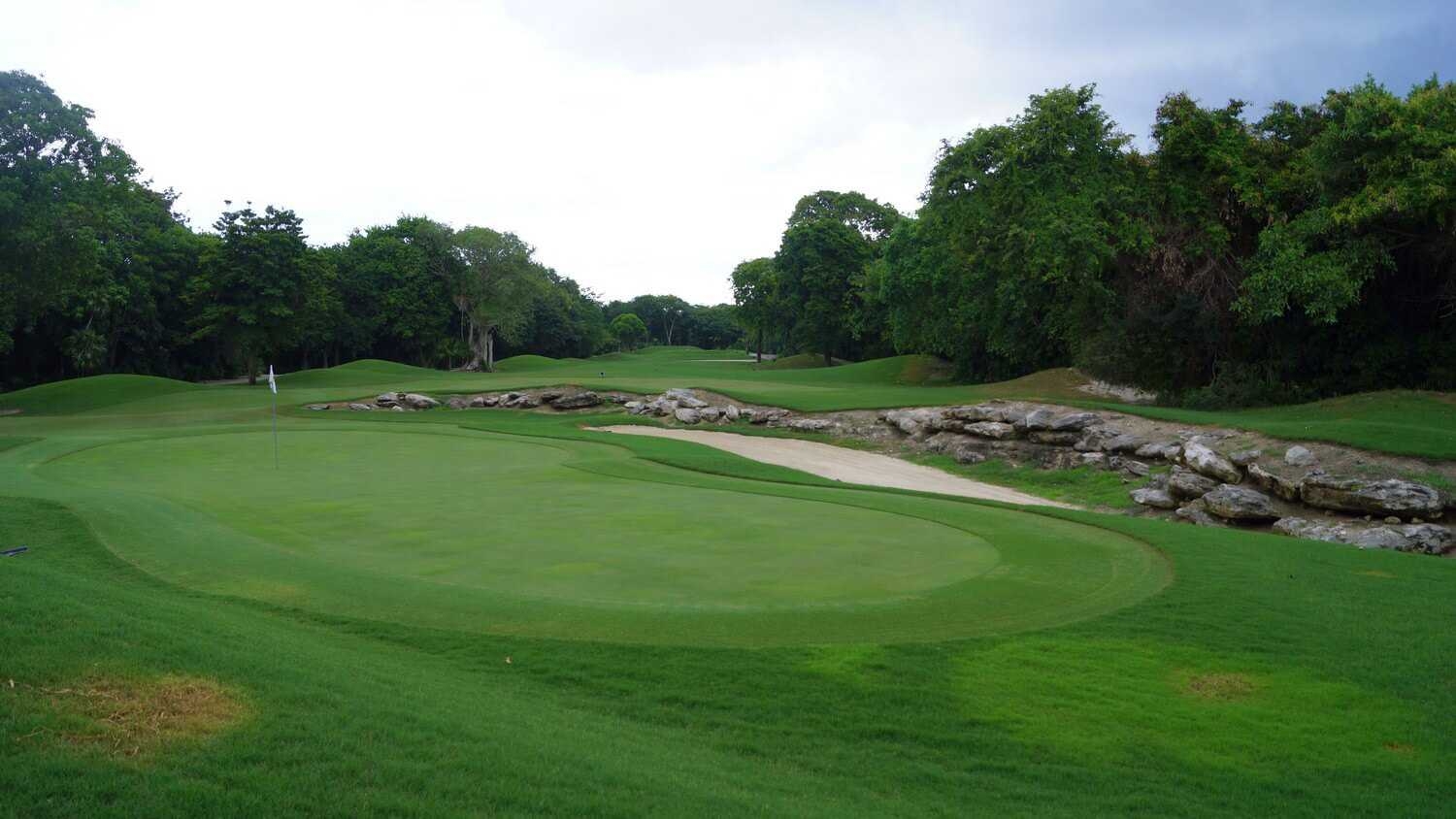 One thing I have noticed about the villas in Playacar is that they always seem to be for sale.

So if you’ve got $1million+ to spend, then get yourself a luxury villa in Playacar.

If you don’t have that much, then send me a message and I can put you up on my sofa – it can actually transform into a bed, so you’ll be extra comfortable.

But if you have it, then you’ve got yourself a villa or condo in one of the most beautiful places in the world. 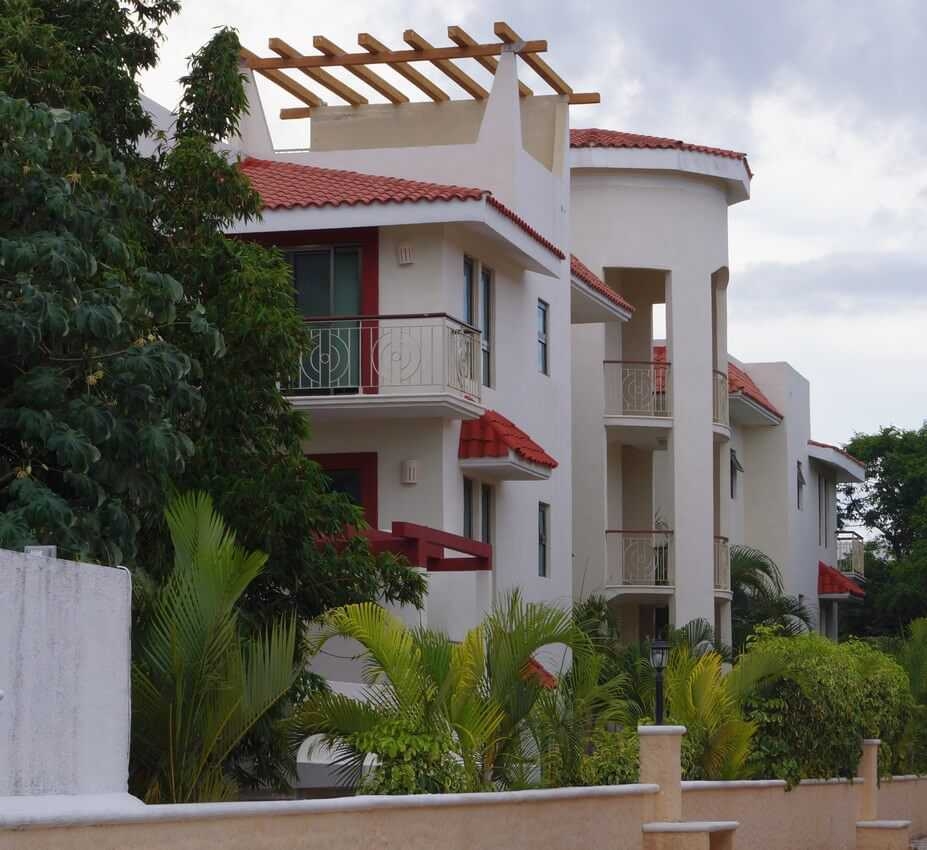 Anything Else About Playacar 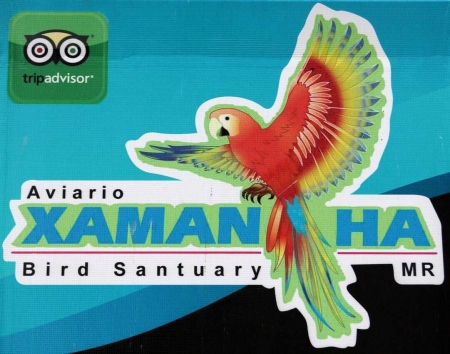 Some people will love Playacar.

Other people will hate it.

I’m in the middle.

It’s beautiful and it’s nice to check out the hotels, even if you can’t afford them.

And if you want to really treat someone, then it’s worth the $$$.

But the people around Playacar aren’t usually those I hang out with.

So I don’t mind just walking through and not lingering.

It’s your turn. What do you think of Playacar? Please tell us in the comments section below!