…the state that represents the cradle of Mexico’s tourism industry… 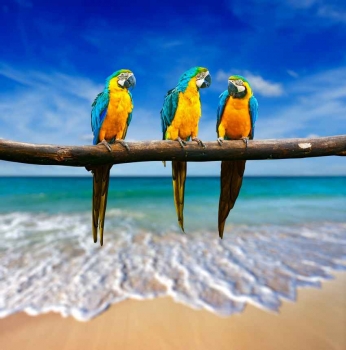 This is for anyone who might be wondering what Quintana Roo has to do with Playa Del Carmen.

If you’re like me, you might think it sounds slightly Australian and figure it’s some outback-ish area outside of the town.

In fact, Quintana Roo is the state which houses Playa Del Carmen, along with Cozumel, Cancun, Akumal and other famous tourist spots.

It takes up roughly half of the Yucatan peninsula, in south-east Mexico, and borders the Central American country of Belize.

Although Playa Del Carmen has the reputation of being a little brother to the other cities, it may just be the most important town in the entire state of Quintana Roo. 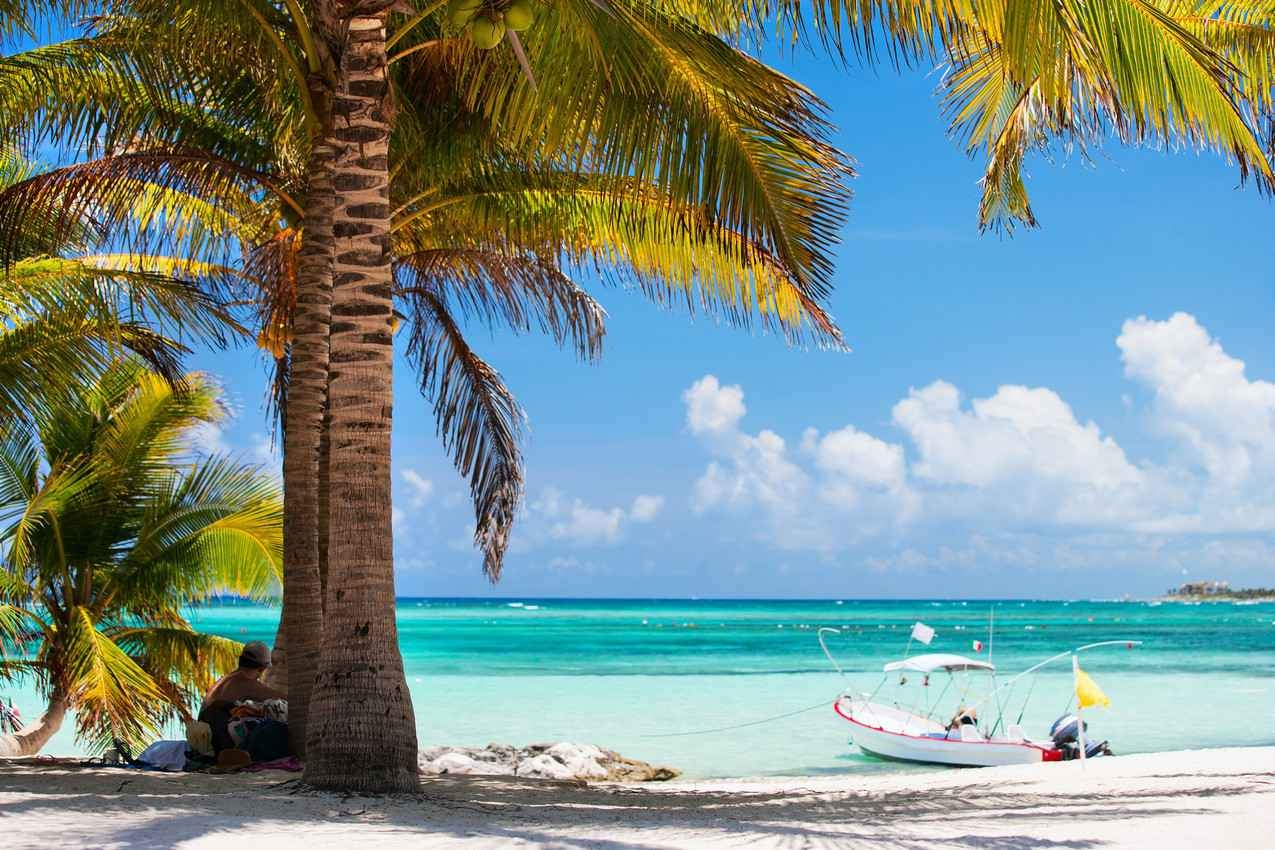 A Brief History Of The Roo 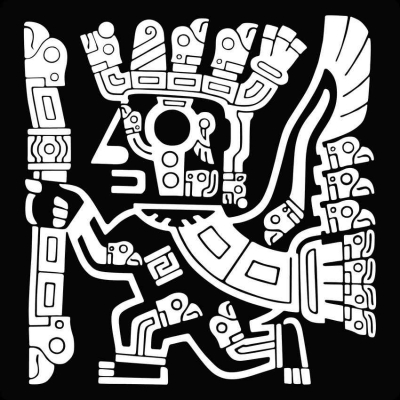 While Quintana Roo is a pretty sweet name for a state, there’s also some interesting history behind the name and the place itself.

Like anywhere in Central or South America, colonization kicked off the modern history of the area.

During the Spanish colonization of the continent, the area’s native Mayan population lost control of their land.

Later, in the Caste War of Yucatan, the natives took the area back, which was soon after formally incorporated as a Mexican state.

Its name actually comes from a Mexican patriot who fought for the country’s independence and was from the nearby city of Merida, Andres Quintana Roo.

But becoming part of Mexico also meant that the Mayan population was conquered again, this time by their new government.

And, truth be told, to this day you won’t find many people of native origin participating in the area’s growing economy or partaking of its luxury offerings.

By and large they continue to remain at the margins of Mexican society. 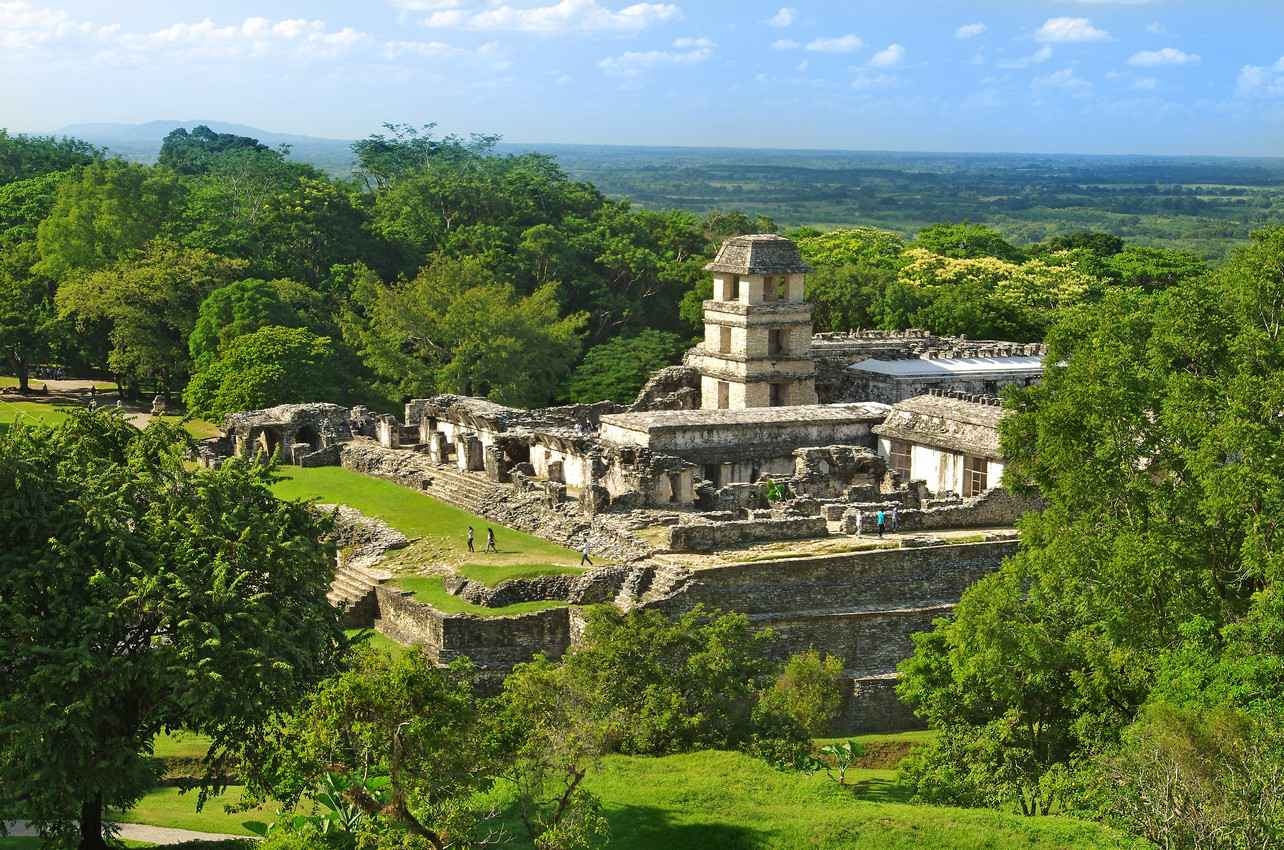 Interesting Facts About The State 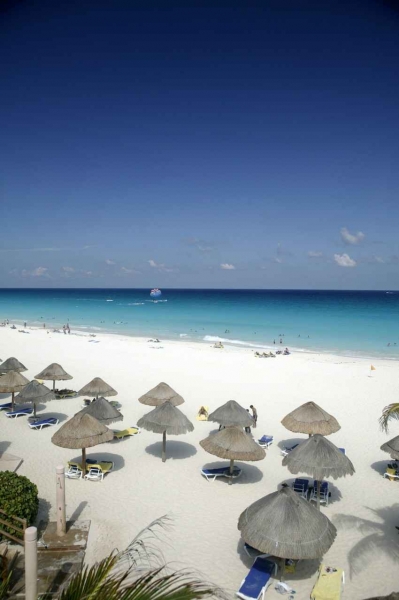 Quintana Roo is the youngest state in Mexico, having been incorporated in 1974, and takes up about half of the Yucatan peninsula.

It faces towards the Caribbean, but is still technically in the Gulf of Mexico.

Up until the early 20th century, it was also an area with a very low number of inhabitants and a low level of development.

That changed pretty quickly once people discovered its potential as a vacation spot, and the famous resorts that we know today began to be built.

Much of this development happened intentionally.

The government did an extensive survey and decided on Cancun to house an international vacation center that was to be built.

From there, other areas in Quintana Roo developed to satisfy the hordes of tourists arriving every year to vacation on its beaches.

In addition to its awesome beaches and developed tourist economy, the state of Quintana Roo is also famous for its flora and fauna.

The sheer variety of the area’s natural inhabitants, plant and animal alike, is just incredible once you get a sense of it.

And for such a small area – just over 17,000 square miles – there are actually four distinct ecosystems.

These are the tropical forests, savanna, coral reefs, and mangrove forests.

And while the Yucatan peninsula is one of the most heavily forested areas in the world, this may not last long.

The area’s economic development and construction has been accused of not taking into account the long-term effects it might have on the local environment.

And there are currently several groups in the area set up to track wildlife numbers. 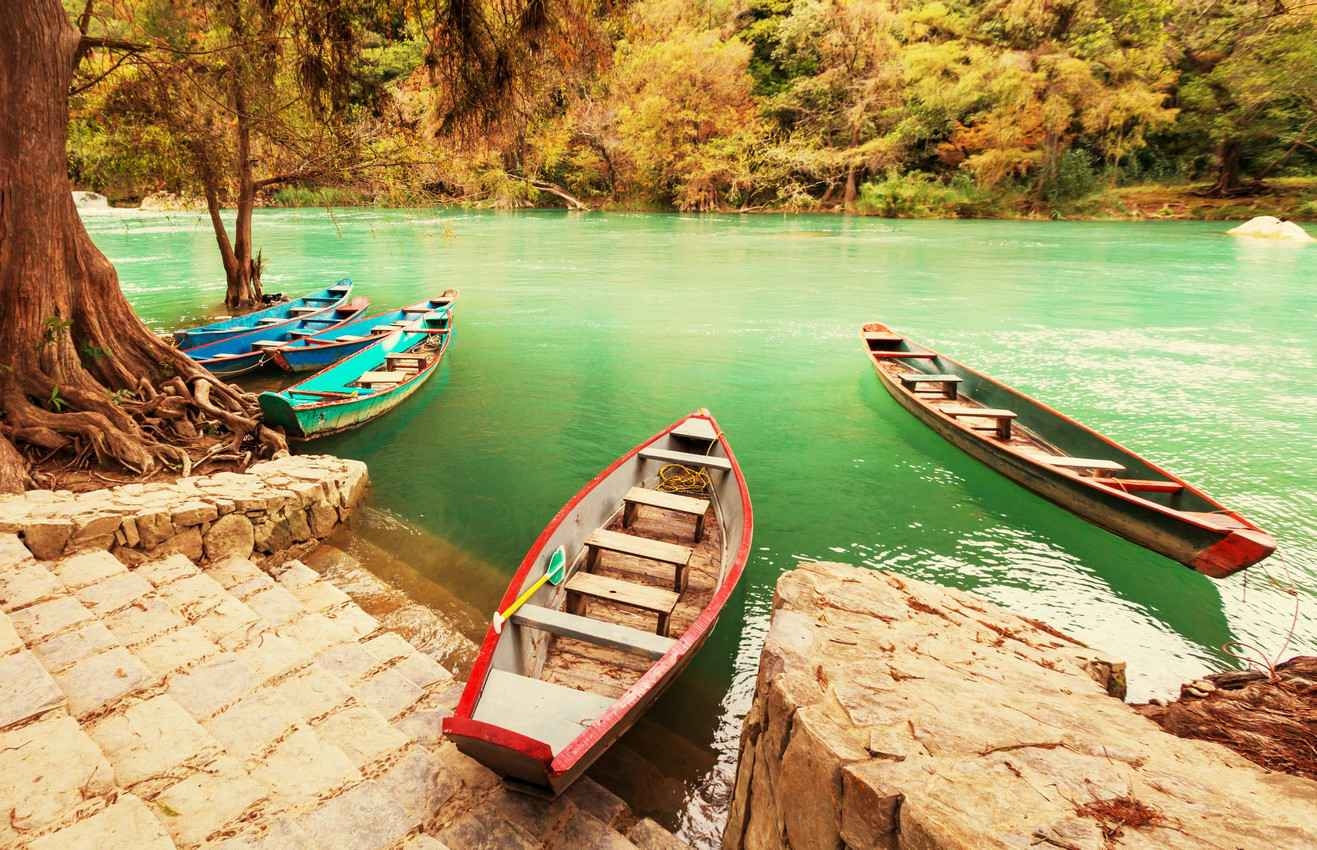 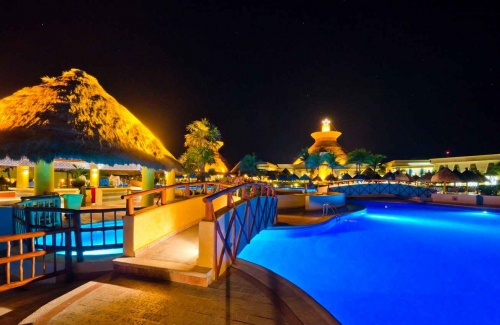 Tourism is obviously among the most active industries in the state of Quintana Roo, but there are other important economic activities there as well.

These include the forest industry, manufacturing and services, fishing and a thing called “aquiculture” (please excuse my ignorance of this sector), and agribusiness.

Although the local government promotes all of these as investment opportunities, the behemoth still remains the tourist industry.

To its credit, modern development projects generally do take into account environmental impact.

There are several ecotourism projects that have recently been completed or are currently in development.

This diversity of economic activity, including a robust tourist industry, has mostly sheltered the state of Quintana Roo from the global recession.

Maybe to escape their recession woes, but people all over the world still seem to be vacationing.

And it’s easy to see the continued interest in places like Cozumel and Cancun.

But what people may not realize – yet – is that the boom is just arriving to Playa Del Carmen.

And that brings me to the next interesting thing about this former fishing village. 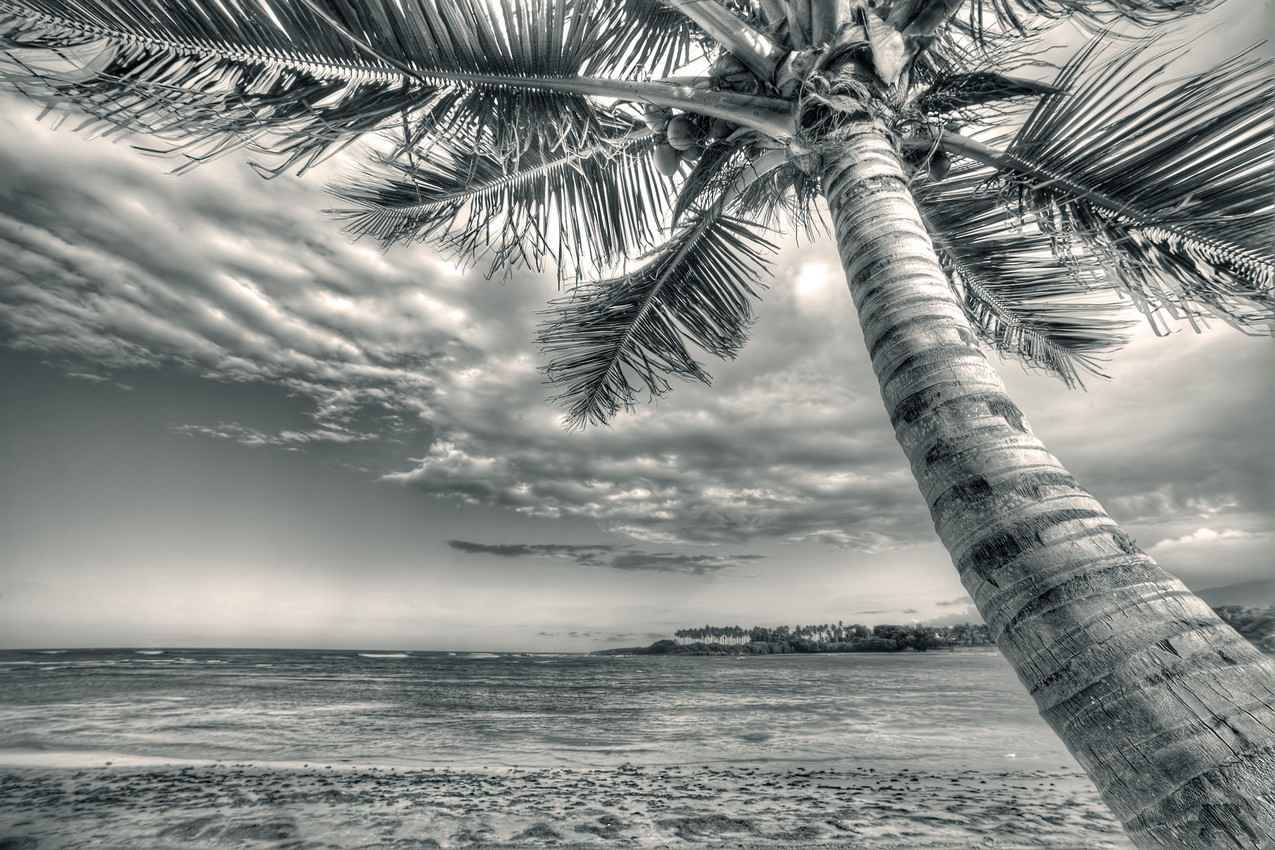 Playa Del Carmen Is Where It’s At 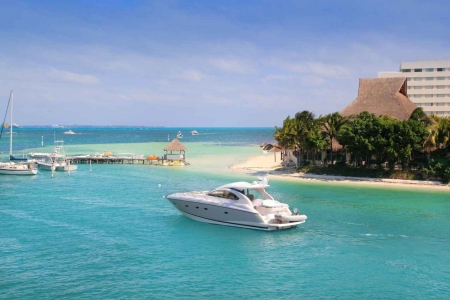 The prime location and growing popularity of Playa Del Carmen has positioned it as perhaps the most important city in the state.

Although it’s not the largest, this town provides access to other, larger cities while maintaining its own unique offerings.

An excellent ferry system provides easy access to Cozumel island, while tourists are also within arm’s reach of the mainland’s attractions.

Not surprisingly, one of the new things in tourism seems to be avoiding the crowds, which Playa Del Carmen also offers to a certain extent.

I mean, it’s not like your isolated Polynesian island with no running water.

But it is a nice contrast to the heavily tourist-populated resorts of Cozumel and Cancun.

Since this quality makes it even more popular, that may not last long as the town experiences some incredible growth economic- and population-wise. 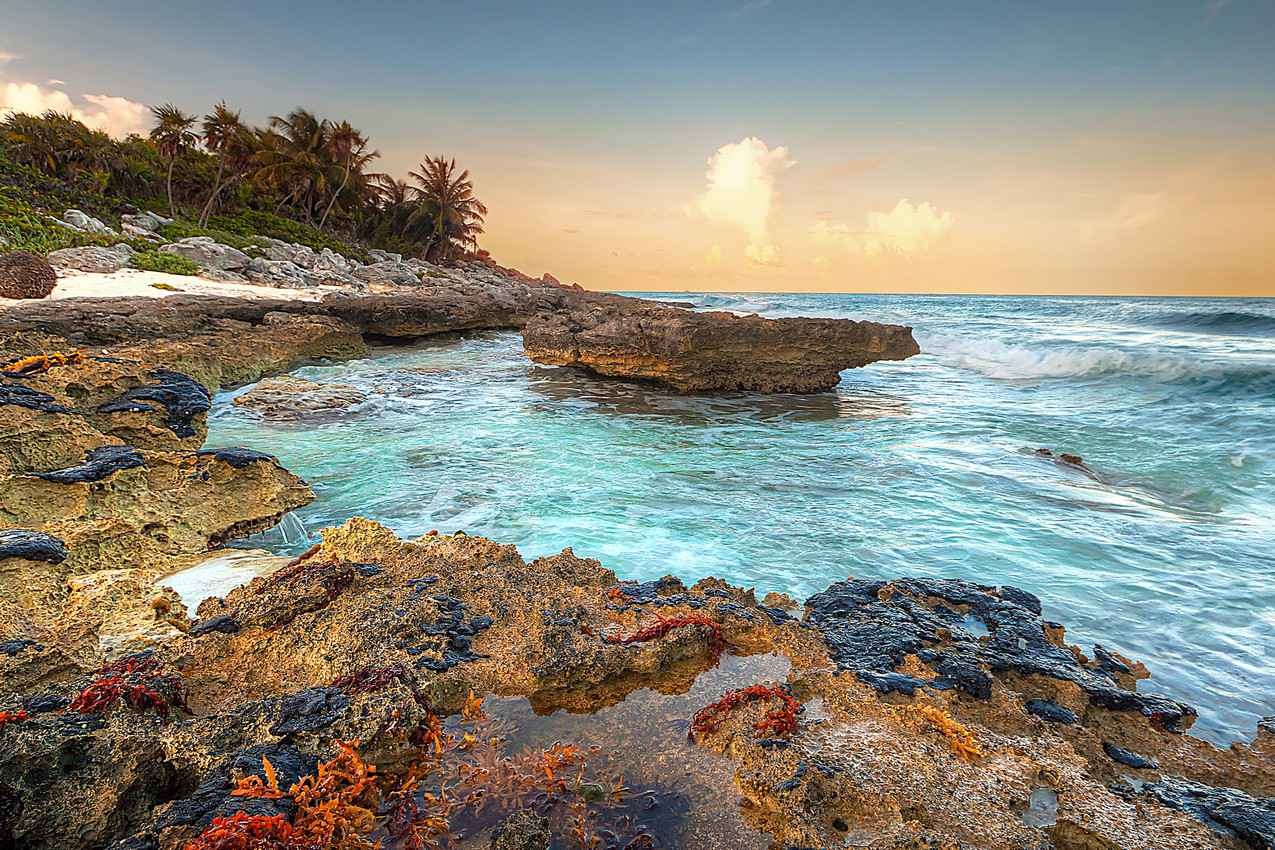 Considering its location with Caribbean-facing beaches, amazing weather conditions (except for the occasional hurricane) and wealth of flora and fauna, it’s a surprise that Quintana Roo is only recently on the map.

And I don’t mean the fact that it’s the youngest state in Mexico.

One hundred years ago, probably very few people had any notion of the possibilities this area held.

Only starting in the 20th century did the state take on its modern day popularity and level of development.

And from where I’m sitting, we’re pretty lucky that it did.

I couldn’t ask for a better place to kick back or party than Playa Del Carmen, or a better backdrop than Quintana Roo.

I will see you here soon….

Have you ever been to this part of the world? Tell us about your experiences in the state of Quintana Roo! Please leave your comments in the section below.