…an adventure that sounds more dangerous than it truly is…

Imagine swimming with a fish that is so big it could swallow you whole.

When I went swimming with whale sharks all I could think was that I was nothing more than a little snack for these beasts.

“Oh no, what happened to Rufus?”

“He got swallowed by the whale shark!”

But that didn’t happen.

It really was quite safe.

But you can’t just rock up in Playa Del Carmen, jump in the ocean, and expect to be swimming next to these creatures. 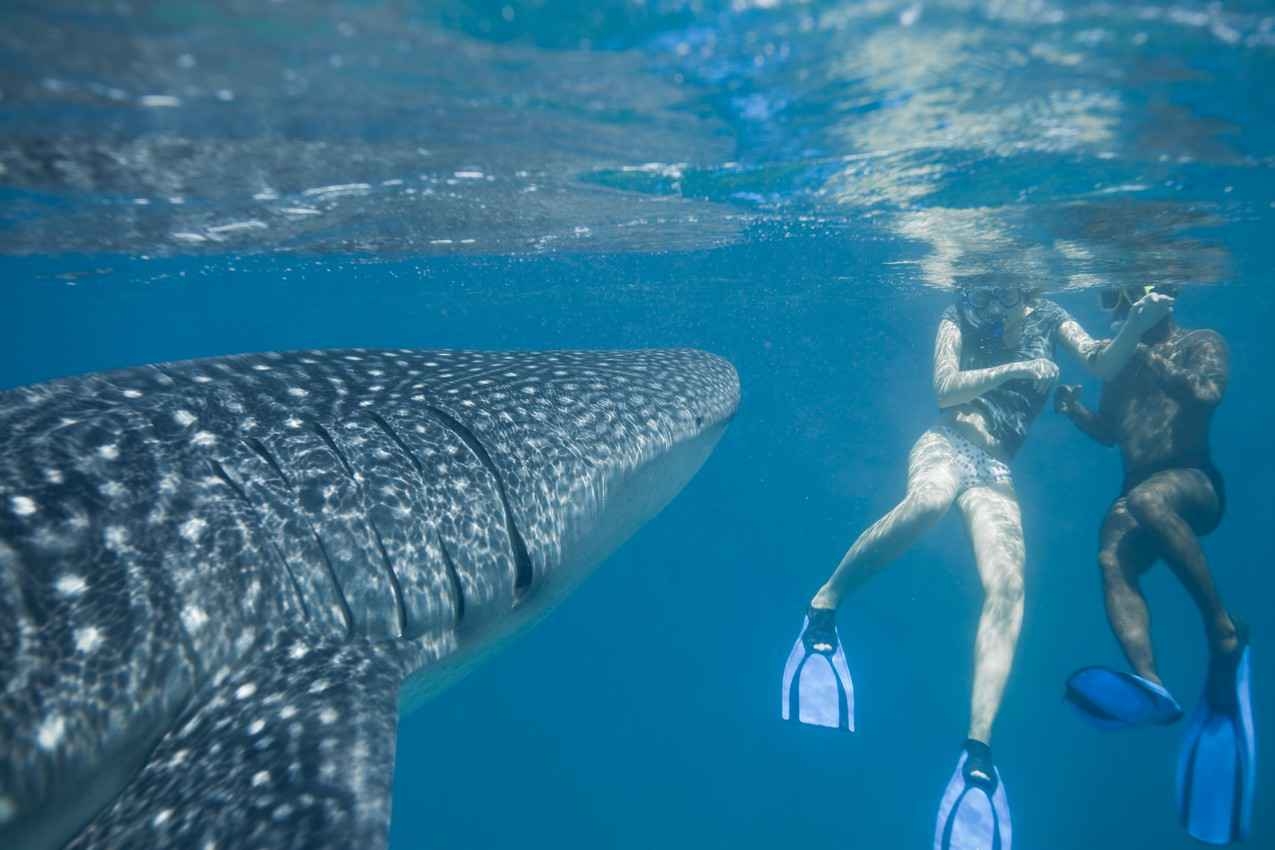 Whale Or Shark. What Is A Whale Shark?

A whale shark is a shark and it’s the largest of all known fish species.

Many of them are more than 12 yards in length, and there are reports of some weighing over 30 tons.

They’re filter feeders, meaning they have a diet of algae, plankton, krill, and other tiny fish.

In fact, a whale shark can’t bite or chew.

Its thousands of teeth are so tiny they can only eat these small fish.

But to do this they have one giant mouth.

So don’t stand in its way!

It can stretch to four feet across. 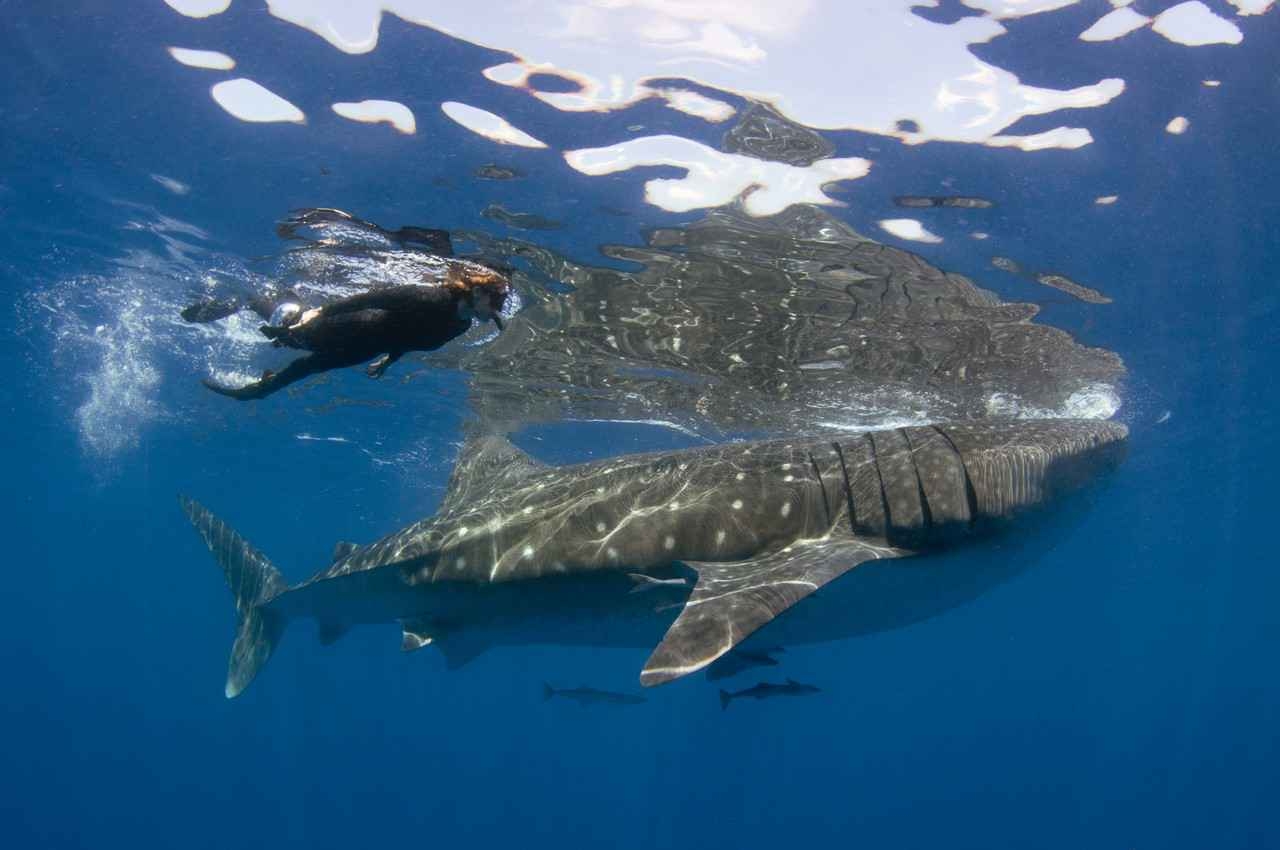 They move slowly and they’re not put off by another creature in the water – i.e. you.

In fact, they’re so slow you might be able to out swim them.

Most whale sharks only move at 3 miles per hour.

However, their sheer size is breathtaking.

Just imagine swimming alongside a creature that weights over 100 times more than you do.

You don’t dive with them.

You have a snorkel and swim along the surface.

And you definitely can’t touch or bother them.

Imagine if you were swimming and some tiny creature started randomly touching you in private areas.

You would go crazy right? (Unless it was a beautiful mermaid! Unfortunately, that only happens in Disney movies.)

That’s how a whale shark feels when you try and stroke them. 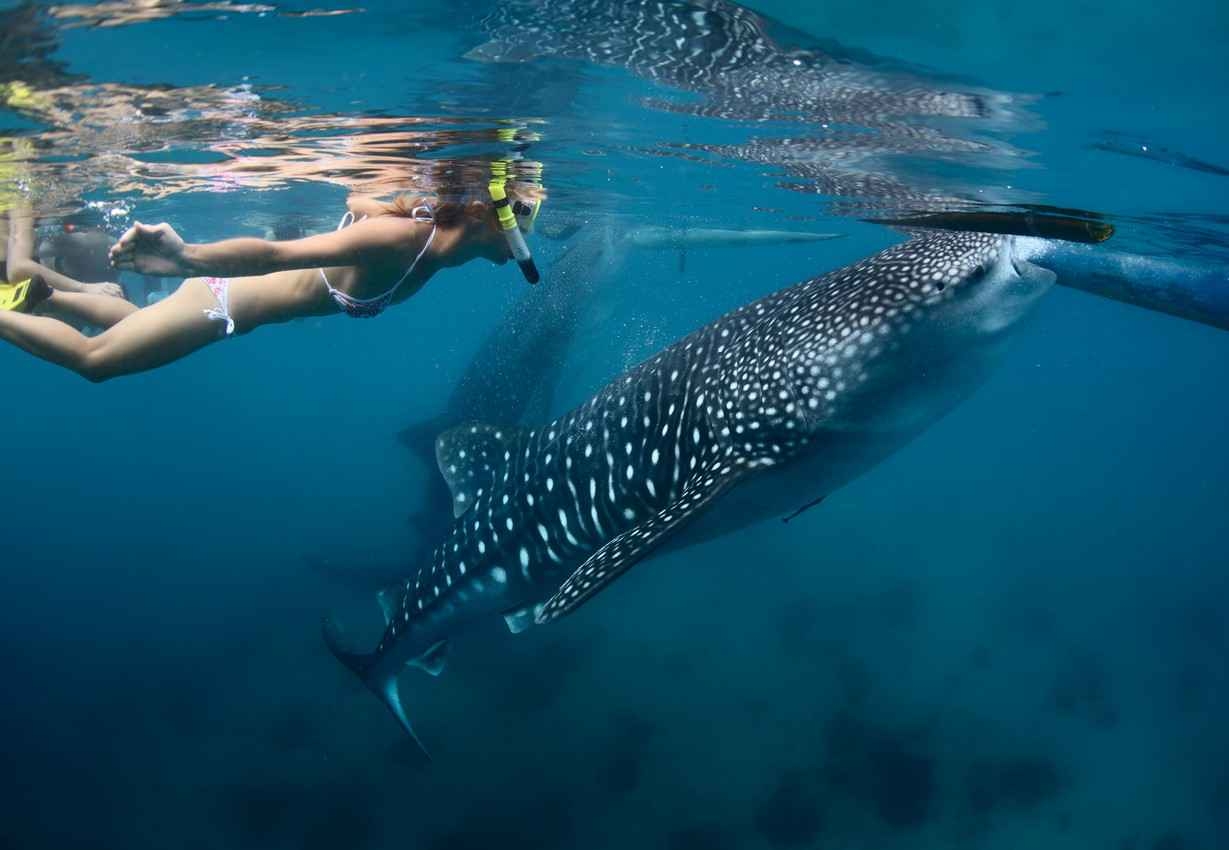 Where And When Can I Go Swimming With Whale Sharks?

Between June and September each year whale sharks migrate to the waters around the Riviera Maya.

They are found around the small islands north of Playa Del Carmen and north of Cancun, like Isla Contoy.

The peak season for them is July and August.

Some companies even guarantee whale shark sightings during this time.

But if you’re out of season then don’t get tempted by someone offering a whale shark tour.

It’s a lot of money to spend and not see anything.

How Much Does It Cost To Swim With Whale Sharks In Playa Del Carmen?

This includes lunch, transport, the boat trip, and some refreshments.

If you make your own way to these islands then companies offer it for cheaper.

However, don’t trust a company that charges less than $100 USD.

The better companies are committed to preserving the whale shark population.

You’ll normally be given a couple of chances in the water and it’s not just the whale sharks.

There are beautiful reefs and other species to enjoy.

What Else Do I Need To Know?

Some people think that when they pay for the tour they’re paying the whale shark – so they can do whatever they like.

The whale sharks aren’t profiting from your $$$.

They’re just minding their own business, trying to find a mate or chilling in the ocean.

You should be observing and admiring.

Not participating and ruining the poor creature’s dinner.

Companies who encourage touching and going over the top are terrible.

They don’t realize that if they continue like this then the whale sharks will disappear from this area.

If some idiot offers you the opportunity to touch and caress the whale sharks, then you have my permission to punch him (or her). 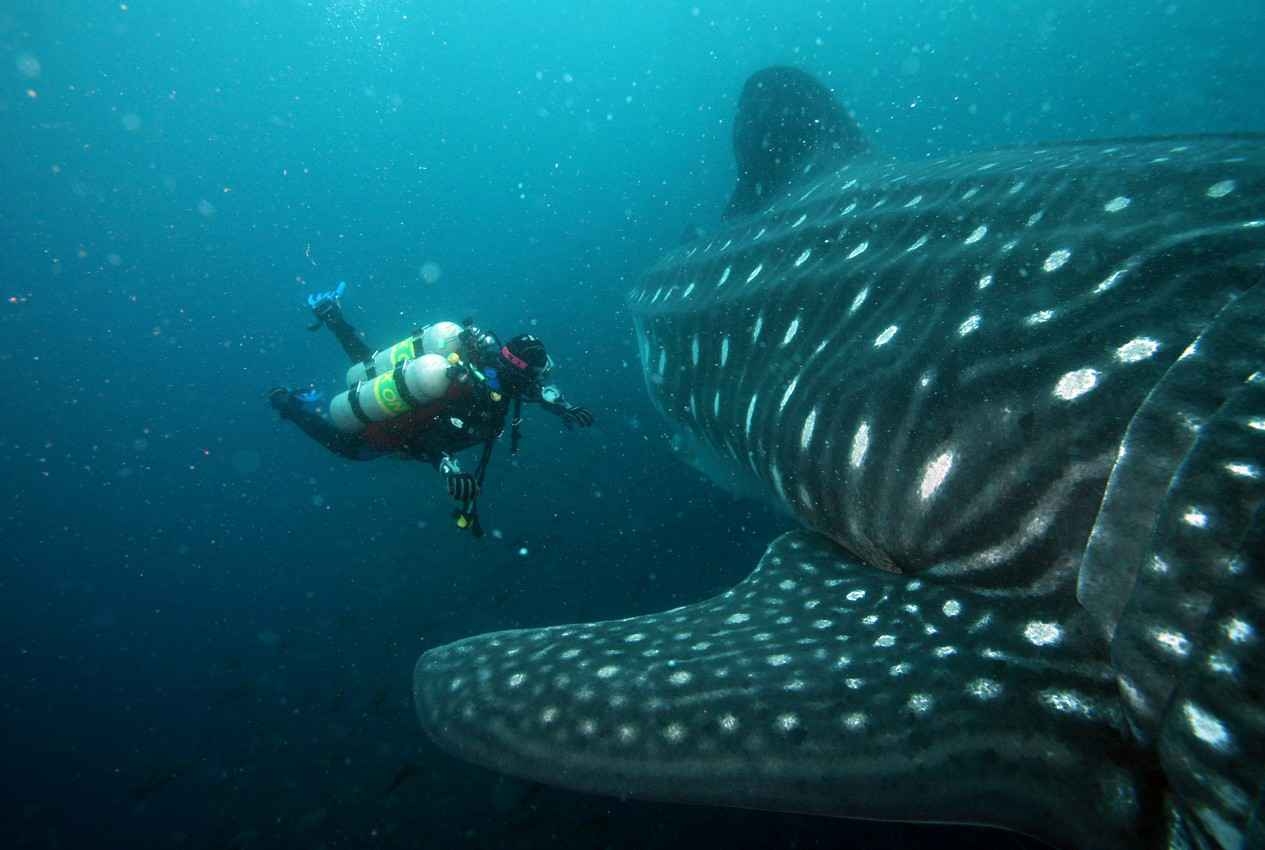 Can Anybody Do It? 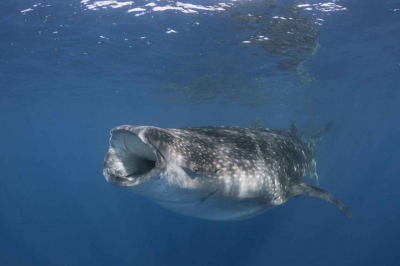 Almost anyone can swim with whale sharks.

Children under 8 aren’t really allowed – they might get mistaken for a tasty shrimp.

You must be fit and healthy enough to swim.

But I didn’t need to say that; the clue is in the title.

Swimming with whale sharks is one of my favorite Playa del Carmen experiences.

There is not much that can prepare you for the size of these beasts.

If you visit in the right season then it should be high on your list of things to do.

I hope we hear all about your experience soon…

Did you go swimming with whale sharks? Please tell us about your experience in the comments section below!