…to wear or not to wear your bikini top… 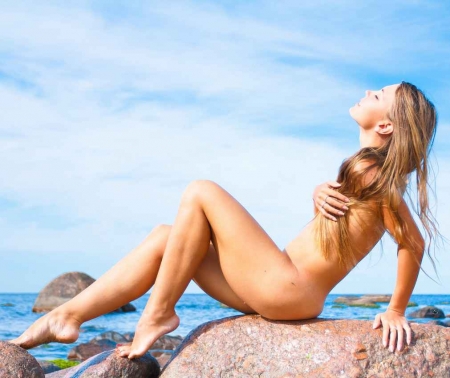 I don’t want to sound too much like a typical man, but some mornings I wake up and pray that there will be some topless women on the beach.

I’m not a pervert.

It’s just that a day’s sunbathing is far more enjoyable if there are some nice looking women with their boobs out.

Baring your breasts is actually against the law in Mexico.

But it’s a law that is only loosely enforced.

“What does that mean Rufus? You confusing idiot!” 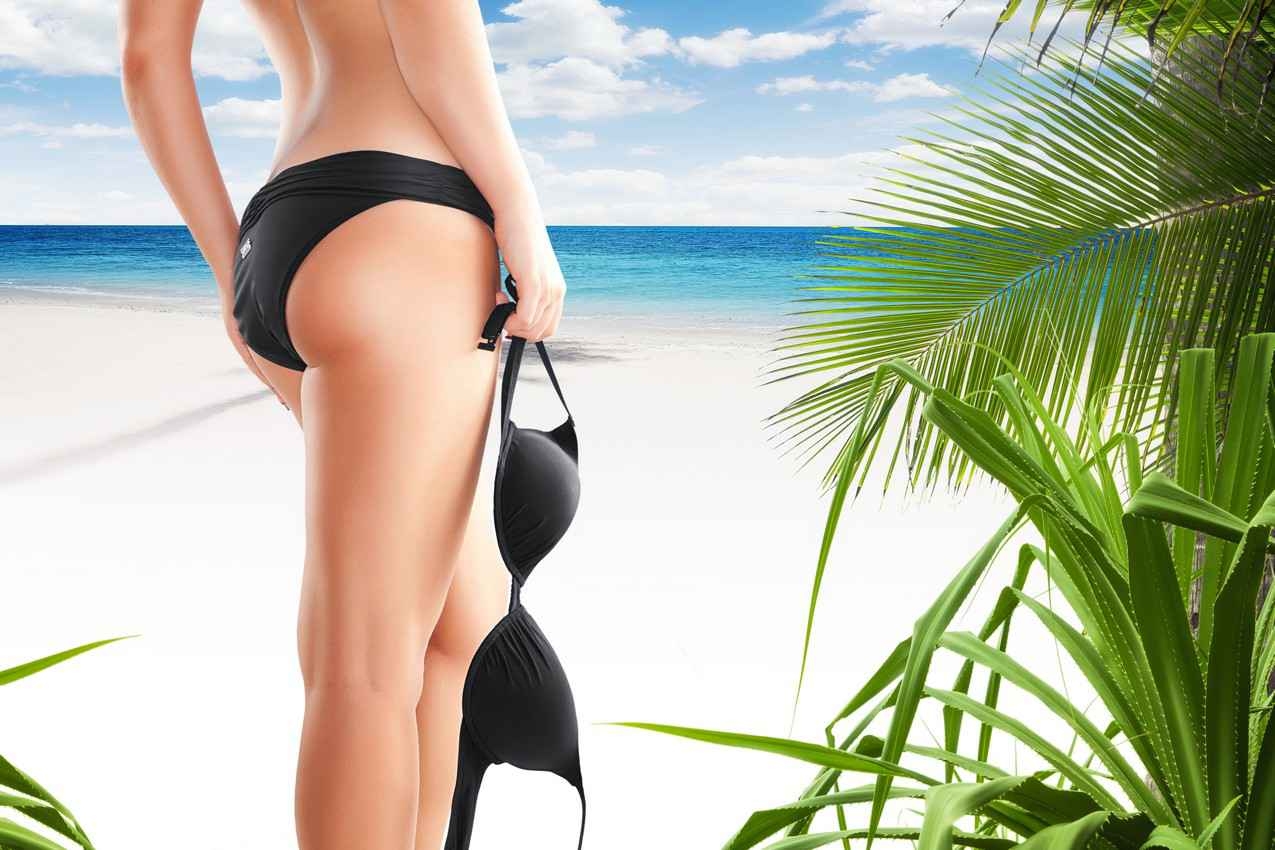 So, It Is Legal To Go Topless In Playa Del Carmen?

And almost all the beaches are classified as public land.

However, enforcing this rule is up to the local authorities.

So it’s the local police who decide what exactly constitutes lewd conduct.

Ripping your bikini off and sunbathing on top of Chichen Itza is sure to get you arrested.

But lounging on Playa’s main resort beach is not seen as immoral behavior.

That doesn’t mean the police won’t give you a good stare.

In fact, I’ve seen them get quite excited over a pair of white boobs…

Where Can I Go Topless In Playa Del Carmen?

When thinking about going topless it’s important to remember this law about lewd conduct.

On beaches where there are tourists, then it’s generally considered fine to go topless.

There are also some private beaches around Playa Del Carmen.

These don’t come under the same law, so it would be fine to go topless. 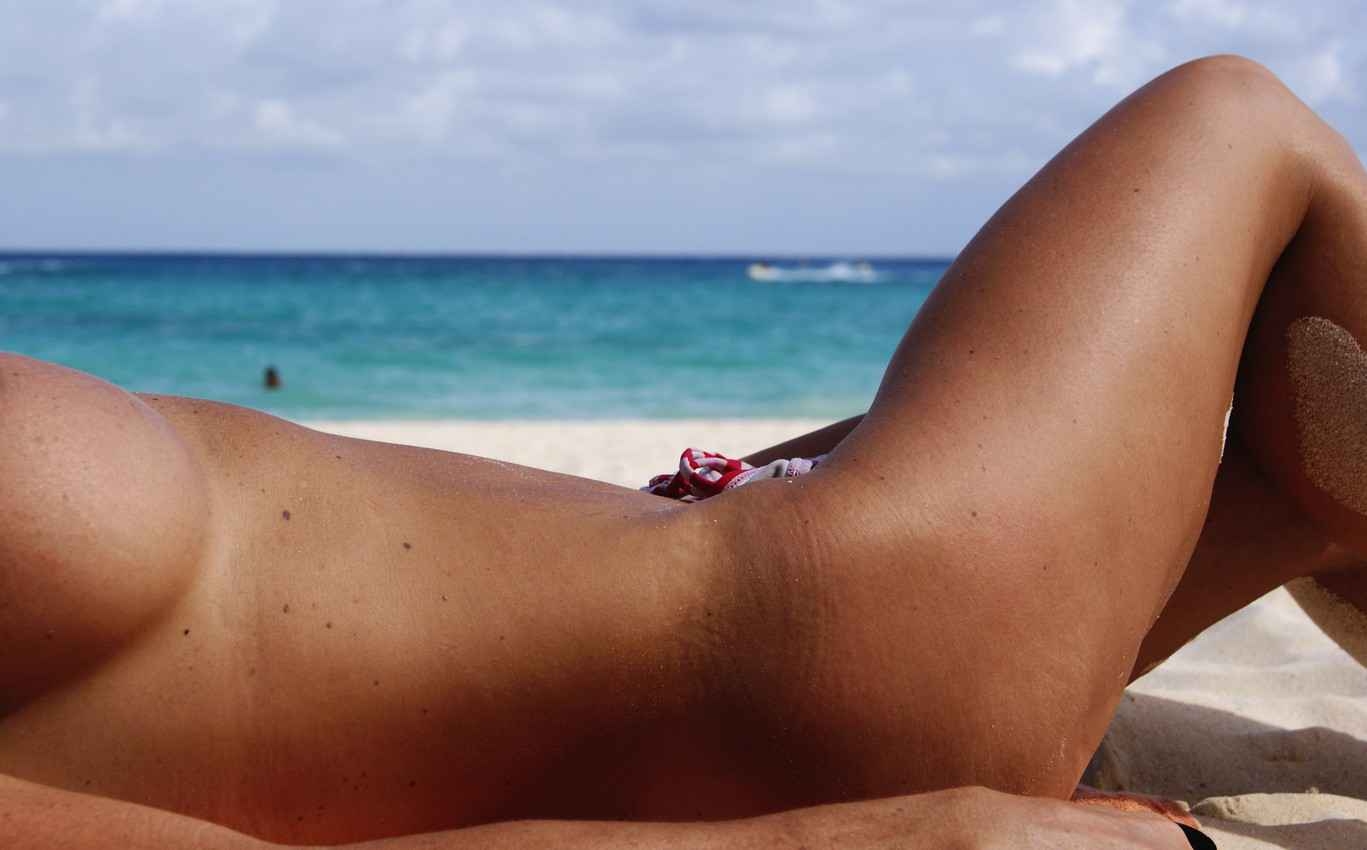 Can I Go Completely Nude In Playa Del Carmen? 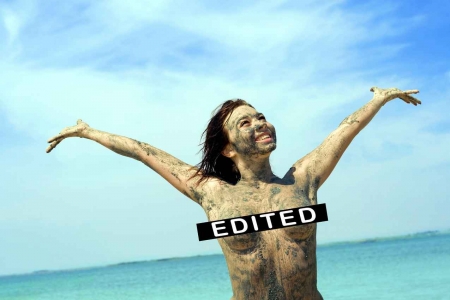 I would love to report that there is a beach in Playa Del Carmen where women walk around with absolutely no clothes on, rub sunscreen onto each other, and audition for some dodgy pay per second cable TV show.

Oh, how great that would be!

But full-on nudity is not acceptable in Playa Del Carmen.

I’ve never seen anyone do the full monty and bare all.

I suspect that anyone trying it would be arrested within the hour.

So topless is acceptable on the tourist beaches.

Full on nudity is best saved for the hotel room.

Are There Any Topless-Only Beaches Or Resorts?

Years and years ago, almost every foreigner in Playa Del Carmen went naked on the beach.

This was the 1970s, and there was a big hippy community living here.

They practically frowned upon anyone who didn’t “live as nature intended.”

But times have changed!

Playa Del Carmen is no longer a place of dreadlocks, marijuana, and waving your willy around.

There aren’t any beaches where everybody goes topless or fully naked.

However, around Playa Del Carmen and near Cancun there are some adult hotels where getting naked seems to be in the terms and conditions of visiting.

Of course, you don’t have to join in.

But if you’re looking for a place where everyone will be topless, then these adult hotels are your best bet. 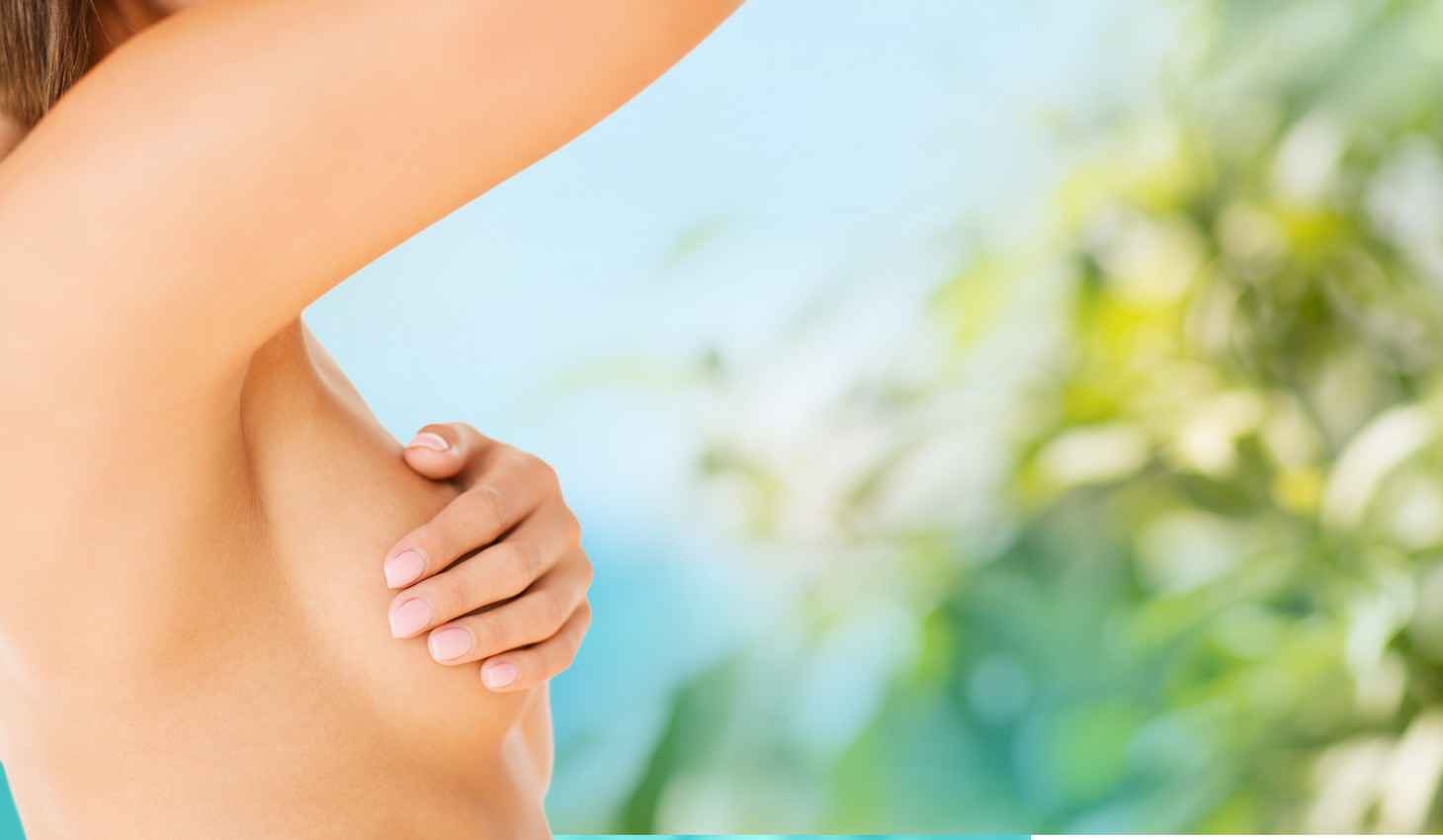 Can I Go Topless Anywhere In Playa Del Carmen?

Before you start thinking that you don’t need to pack any clothes for your vacation, I do want to point out that you can’t just go topless anywhere.

This lax interpretation of the law doesn’t mean you can pretend to be a playboy bunny and walk down 5th Ave waving your jubilees around.

It also means you can’t wip ‘em out in a bar, restaurant, church, bus, or any other public place that isn’t the beach.

Once I saw two women get so drunk in the local beach bars that they seemingly forget to put their clothes back on as they walked into town.

These topless women got a lot of attention.

All the Mexican women stared in disgust.

Most of the Mexican men started running towards them thinking it was Christmas.

And most of the tourists laughed at the unwanted attention the women were getting.

So, don’t pretend that you’ve lost your bikini top.

Once you leave the beach make sure you cover up appropriately.

On Which Beaches Is Not Acceptable To Go Topless In Playa Del Carmen?

Despite the open interpretation of the law, you can’t go topless on every beach.

It’s not really acceptable to go topless on a beach full of locals.

It’s not in the local culture to be so open and getting half-naked on a beach where Mexicans are hanging out.

It does lead to an interesting question.

How do you define whether it’s a local beach?

My advice is to look at the other tourists around.

If nobody else is topless, and there are locals on the beach, then keep your clothes on.

If you can see a pair of boobs, then it’s safe.

Normally if you’re on a quiet beach, then it’s not too hard to find a completely secluded spot away from everyone.

Just remember that if a load of Mexican families turn up next to you with picnics, then it would respectful to put your top back on. 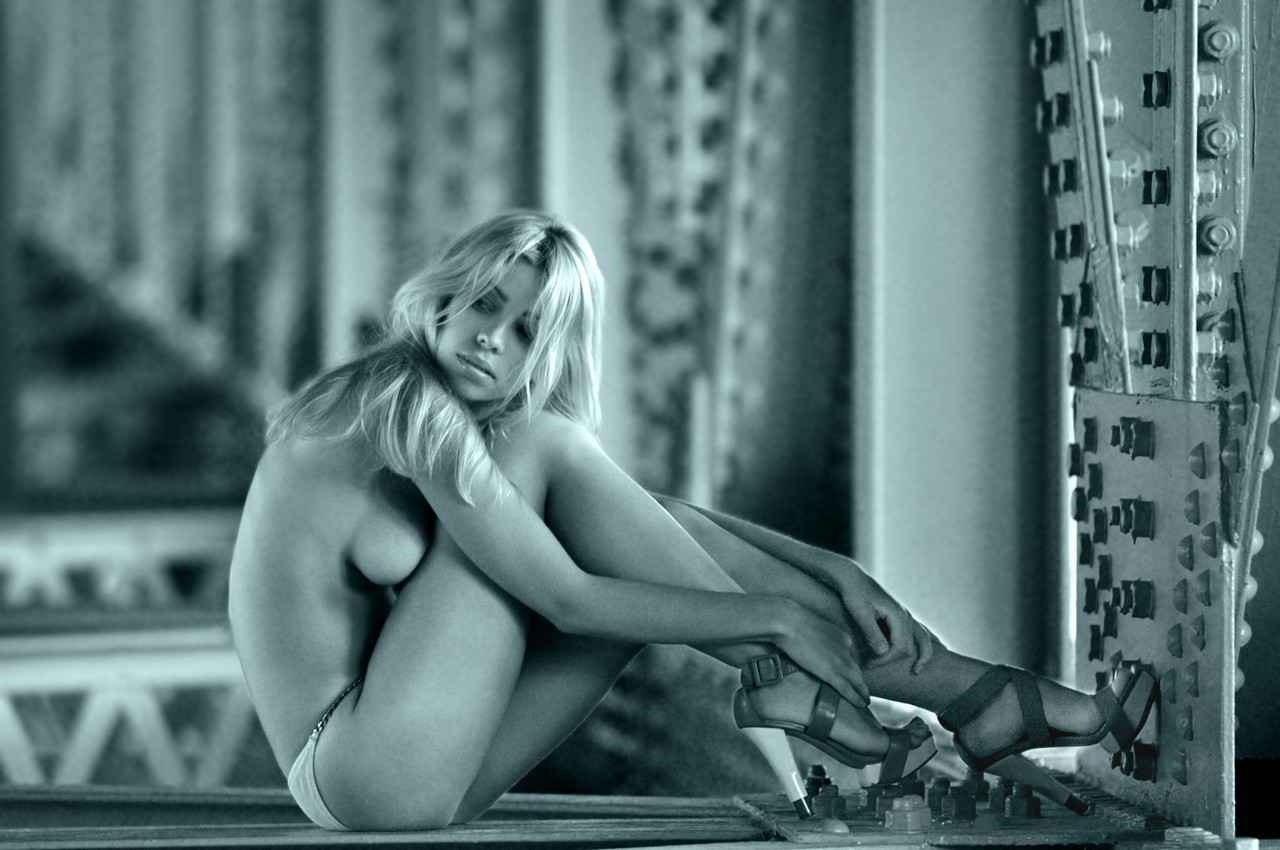 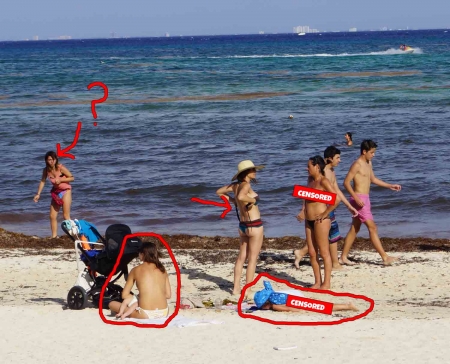 If you are going to go topless in Playa Del Carmen, then remember this important message of wisdom.

Believe me, I’ve seen many people ignore this simple advice.

I don’t want to sound like an idiot but I’ve seen a fair few women in Playa Del Carmen nursing some very unattractive looking sunburn.

I’ve never burnt my own nipples but I’m sure it’s not pleasant.

And it definitely isn’t what I’m praying to see when I think of seeing boobs on the beach.

I hope this has cleared things up about topless Playa Del Carmen.

See you on the beach (hopefully topless)…

it’s your turn. What is your experience with topless women here? Leave your comments below!