…paradise on earth in the world’s largest natural waterpark… 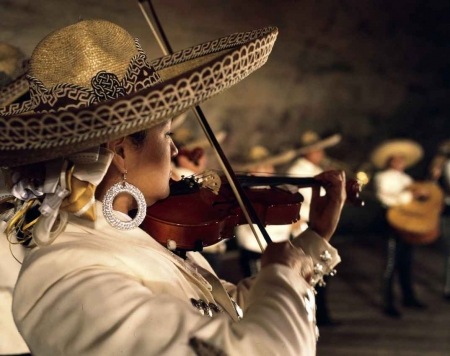 If you visit Playa Del Carmen it won’t take long before somebody tells you about Xcaret.

It’s one of the biggest tourist attractions on the whole peninsula.

When I arrived in Playa Del Carmen I had to tell my taxi driver to calm down.

He was Xcaret this and Xcaret that, and I was thinking I’m going to Xcaret you in a minute.

Xcaret is only 15 minutes from Playa Del Carmen, hence why everybody around here goes so crazy about it.

So I called the taxi driver and told him to take me over.

Whoa! What a place. It’s like when you’re a kid and you’ve got so many Christmas presents you don’t know what to play with first (I always picked the cardboard box the presents came in…)

It’s an ecological paradise, and years later I’ve become just like the locals; raving about Xcaret to anyone who visits Playa Del Carmen. 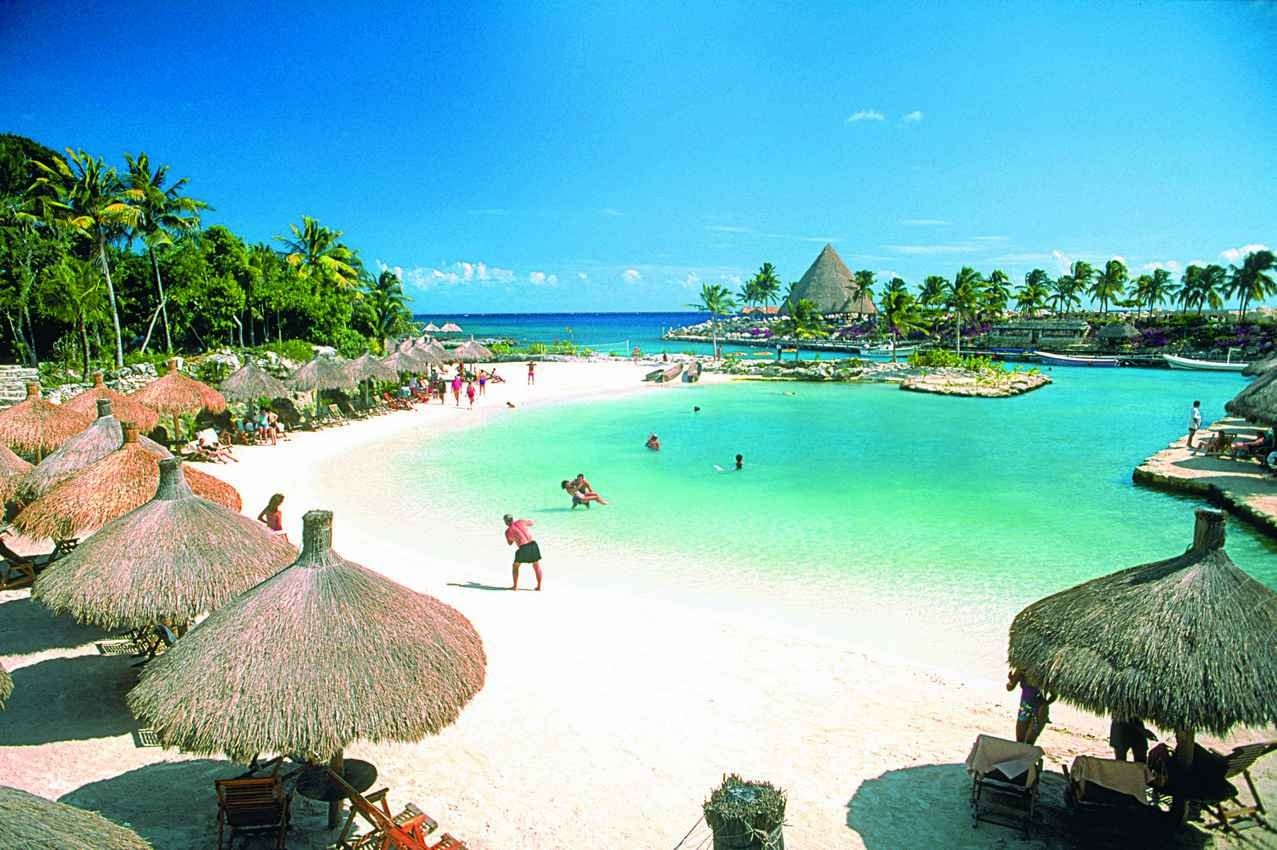 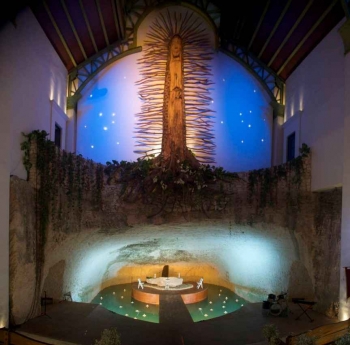 Xcaret means ‘little inlet’ in Mayan and centuries ago there was a whole Maya civilization living on the site.

The story goes that an architect bought the site and discovered it was full of cenotes and underground rivers.

Rather than build his house he decided to create an eco-friendly park so everybody could view the natural wonders.

What a load of bull!

As if you don’t survey the land before you buy it.

The architect conceived Xcaret, an eco-archeological park that showcases everything Mexico has to offer.

In a way it’s a theme park. But it’s much more than that. It’s not like Disneyland. The natural setting and beauty give it a very organic feel. Plus the sheer size of it means it never feels crazily crowded.

Plus the combination of nature, culture, and ruins, mean that you never get bored, even if you spend two or three days here.

One of the reasons everyone in Playa Del Carmen is crazy about Xcaret is because it’s next door.

This architect is practically my neighbor.

Walk to the southern end of Playa Del Carmen.

When the buildings stop the thing you see in the distance is Xcaret.

From central Playa Del Carmen it’s only a 15-minute drive.

If you’re staying in the south you could take a long walk along the beach to get there.

Or rent a bicycle.

People visit Xcaret from all over the Riviera Maya, particularly from Cancun.

But if you’re staying in Playa Del Carmen you’ll save a load of money on transport costs because it’s next door. 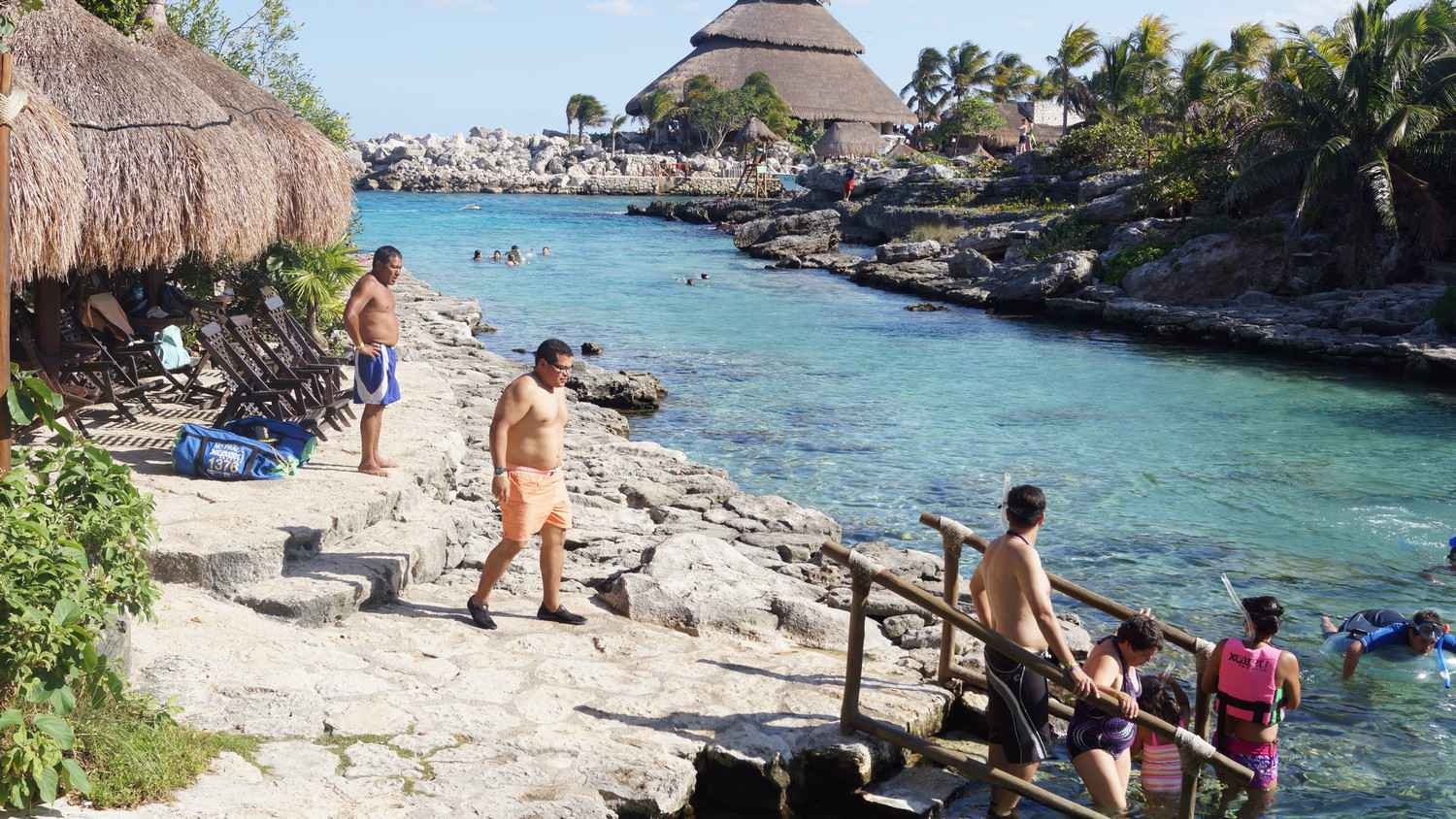 What Can You Do At Xcaret? 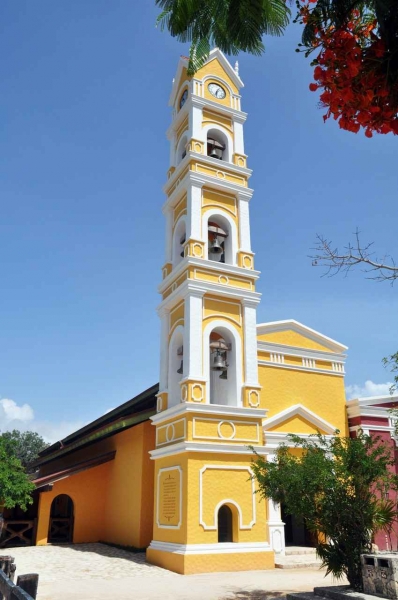 Remember what I said about not knowing which Christmas present to play with first.

That’s what happens when you look at the Xcaret map.

If you have children it’s a good idea not to show them the map.

Otherwise they’ll end up running off to opposite ends of the park.

You can also check it all out from 262 feet at Xcaret’s Scenic Tower.

Firstly, there are all these underground rivers and pools the architect claimed he knew nothing about.

It’s kind of like going for a relaxing swim.

But then seeing amazing coral reefs and finding tropical fish swimming past your feet.

But the nature is also above ground.

They have a tropical jungle trail full of medicinal plants and sacred trees.

There are attractions like Spider Monkey Island and Jaguar Island.

Where you can marvel at…jaguars and spider monkeys, duh.

Although, my favorite animals at Xcaret are the pumas.

They look much more impressive than a pair of sneakers.

What Other Activities Are There?

Honestly, you should check out the map because there are too many attractions to name.

Or a Coral Reef Aquarium where you can appreciate the reef in its natural environment.

They also hold the world record for the highest number of macaws born in the same place during a year.

Chill out on the beach or by some relaxed natural lagoons.

Have dinner in a pretty swanky restaurant.

Or visit the Mushroom Farm.

Didn’t You Say Something About An Archaeological Site?

Part of the park is the archaeological ruins.

Xcaret used to be an ancient port which was essential to the Mayan trade routes.

They used to trade feathers, gold, jade, and cotton..

Historians say it was also a very important ceremonial center where Mayans came to purify their body and soul in sacred baths.

There are still some ruins and remains you can explore.

Including a Mexican cemetery which is fun to visit after it gets dark.

But they’ve also built a replica of a typical Mayan village. 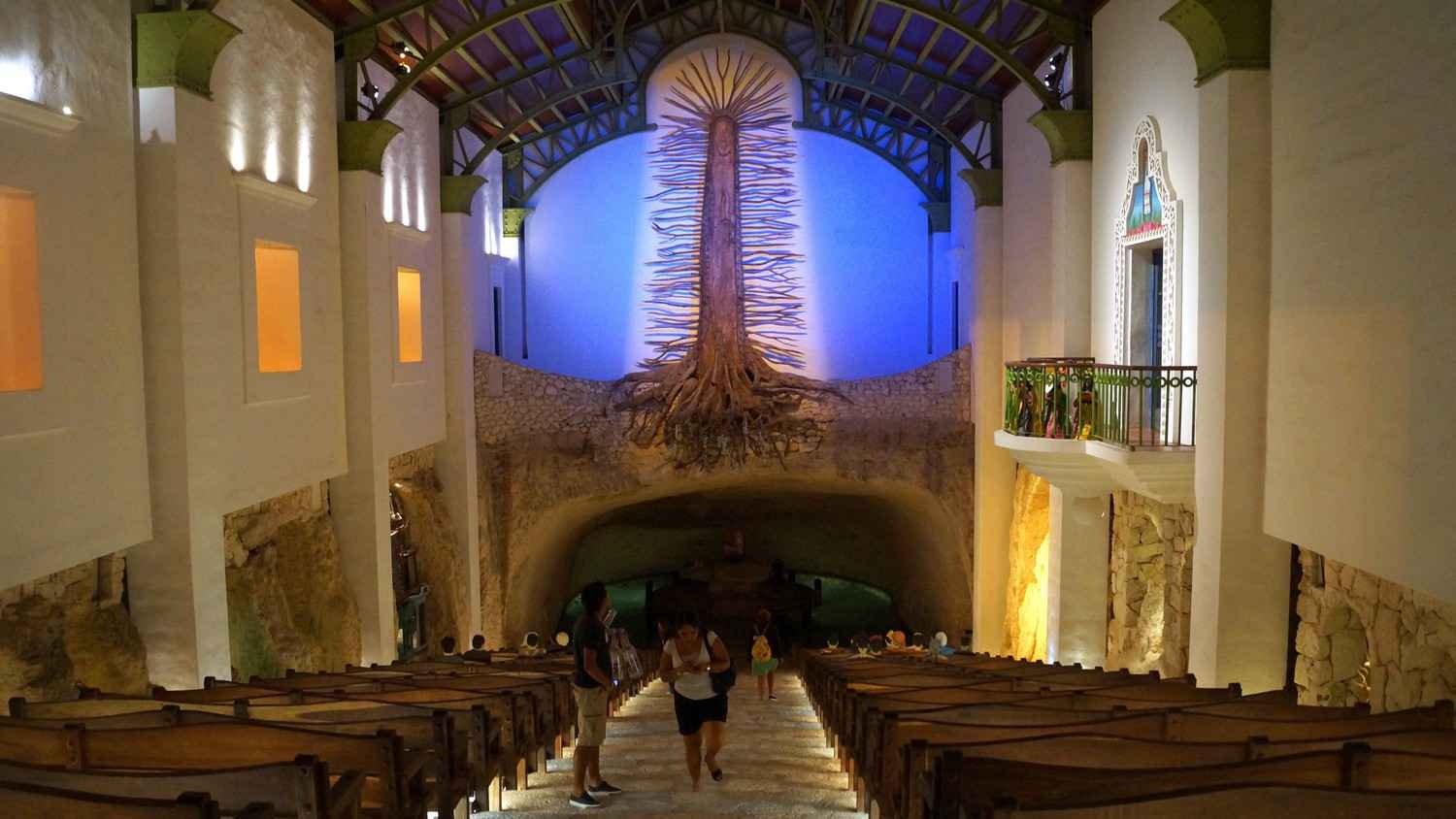 Anything Else I Should See At Xcaret?

When you visit Xcaret you really need a full day – or two days if you have the time.

Throughout the day, and particularly in the evening, they have a load of cultural performances and dances.

At first I thought these would be ridiculously cheesy and not really my thing.

But I was quietly impressed.

Especially by the Papantla Flying Men.

It’s a ritual that is on the UNESCO cultural heritage list, and I’m sure it has some deep spiritual meaning.

I don’t know too much about that.

What impresses me about the cultural performances at Xcaret is that they cover all aspects of Mexican history.

So you can find something that appeals to you.

I wasn’t as keen on the Mayan dances, even though everyone around me seemed to love them.

But the cowboys on horseback doing tricks is unbelievable.

Nobody can claim they can ride until they’ve seen these dudes. 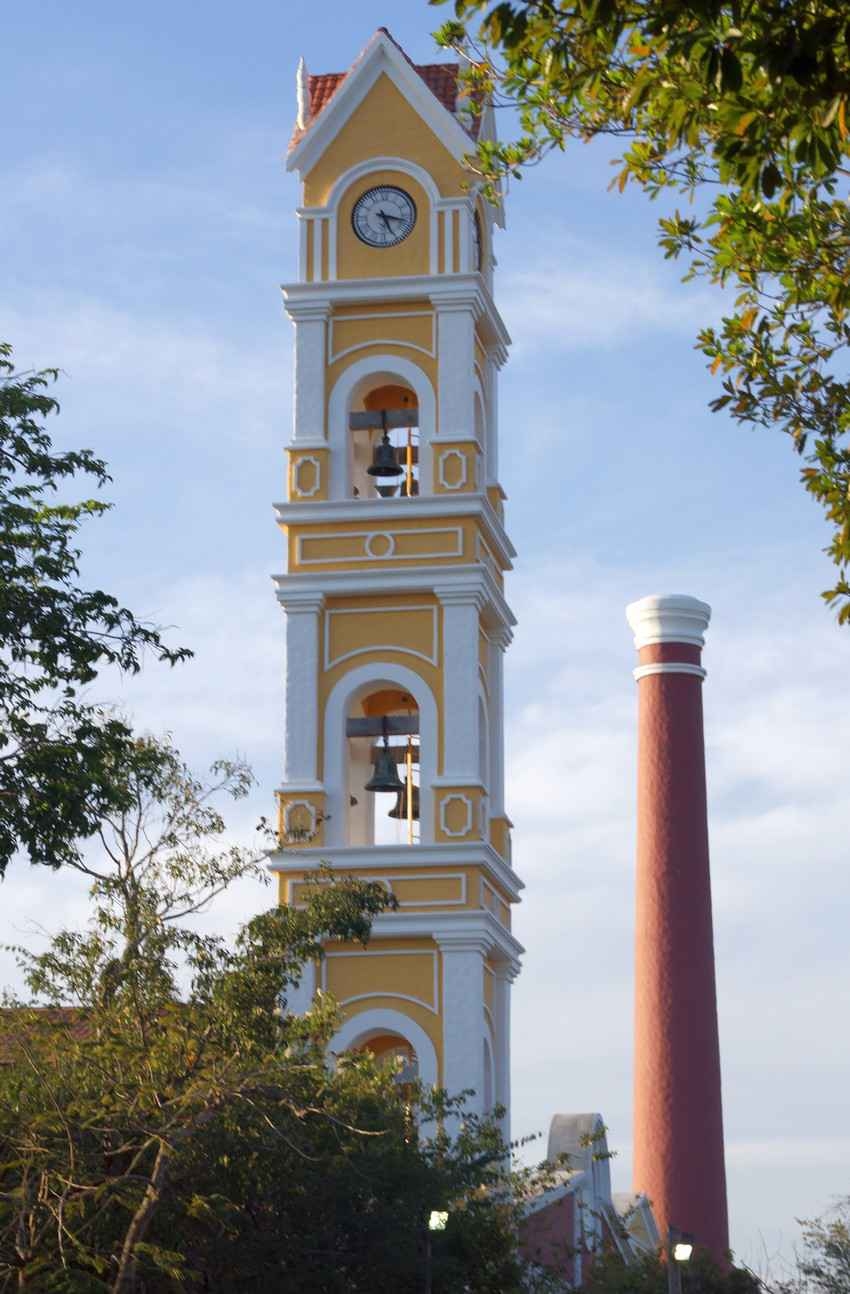 Is Everything Included In The Price? 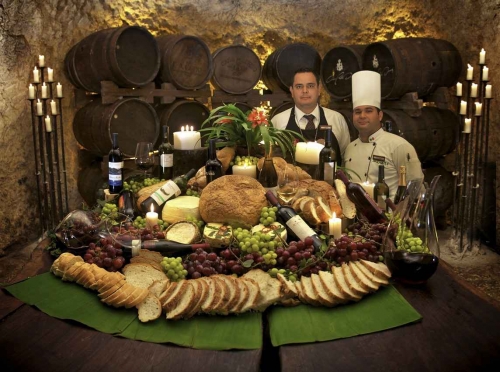 The Xcaret entrance ticked includes everything I’ve talked about so far.

But there are some optional extras.

At first I was a bit disgruntled.

You pay entry – and then you have to pay for extra activities.

But they are worth it.

Or swimming with sharks.

Even swimming with stingrays.

Isn’t that the creature that killed that crazy Australian crocodile wrestler Steve Irwin?

Xcaret somehow makes swimming and interacting with stingrays safe, which is worth the extra $$.

The most unique activity is the sea trek.

You literally walk underwater along the sand.

Definitely worth it if you’re not a confident snorkeler and want to get within touching distance of marine life.

Finally, they do a reenactment of a Mayan cleansing ritual.

They talk about an unforgettable encounter with your inner self through nature’s energy.

So I left it to the women and did the wine tasting instead.

What Should I Take To Xcaret? 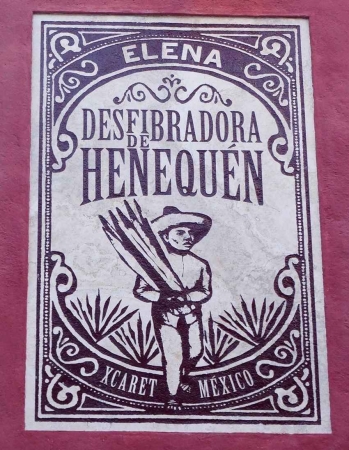 This is pretty easy.

Almost everything is available at Xcaret, so you’ve just got to make sure you bring a few essentials.

You get a locker so you can lock your bag away.

And that’s the good biodegradable/waterproof sunscreen, not the cheap stuff that wipes off as soon as you jump in the water.

They’re big on protecting the environment so try bringing sunscreen that is free of chemicals, and I must say again – make sure it is biodegradable!

Come on, you’re not a middle-aged European, so leave the speedos at home.

Money for the restaurant and bar.

You can get some amazing shots here, like posing with turtles and stingrays.

The Xcaret staff will take photos of you, but then you have to pay for them.

So bring your own if possible. 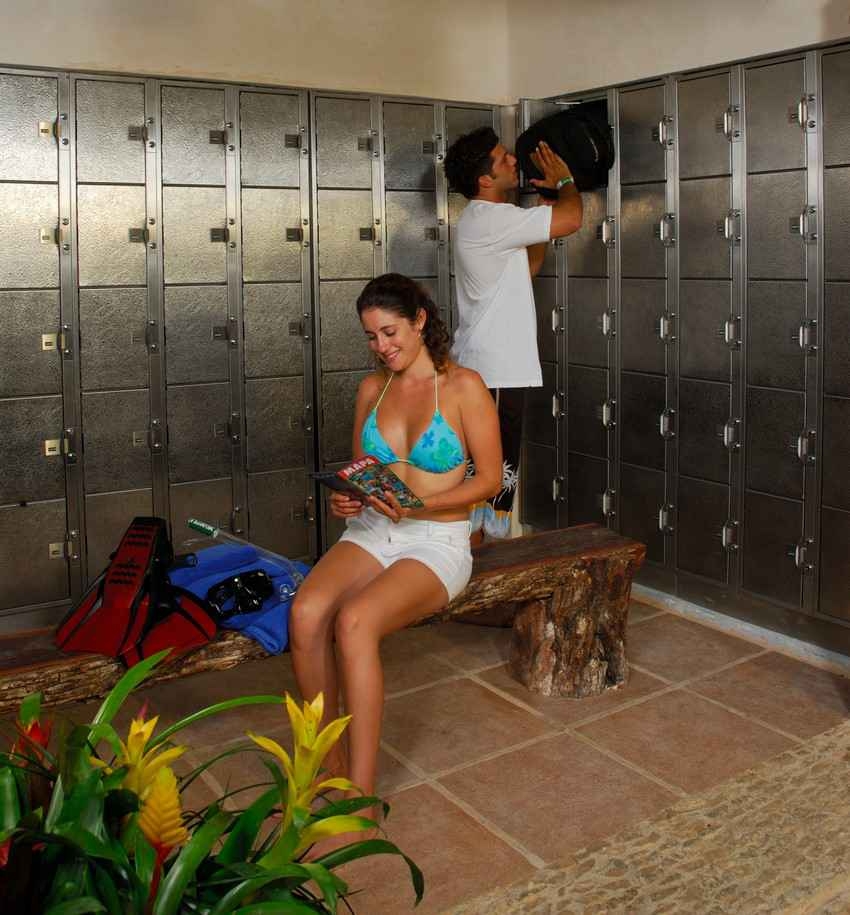 How Much Does Xcaret Cost?

A one day ticket to Xcaret costs $90 USD and gives you entry for up to 13 hours.

They also have a Xcaret Plus ticket for $119 USD which also includes a huge buffet lunch and 10% off the additional activities.

But as I said, you really need two days here.

If you have a two day ticket you have six days to use it.

So go early in your holiday, chill on the beach and then return a few days later.

All the shows are included with these tickets, you just need transport.

Which is cheap as it’s only around the corner from Playa Del Carmen.

For $69 USD you can get a nighttime ticket which allows entrance from 3pm to 9:30pm. 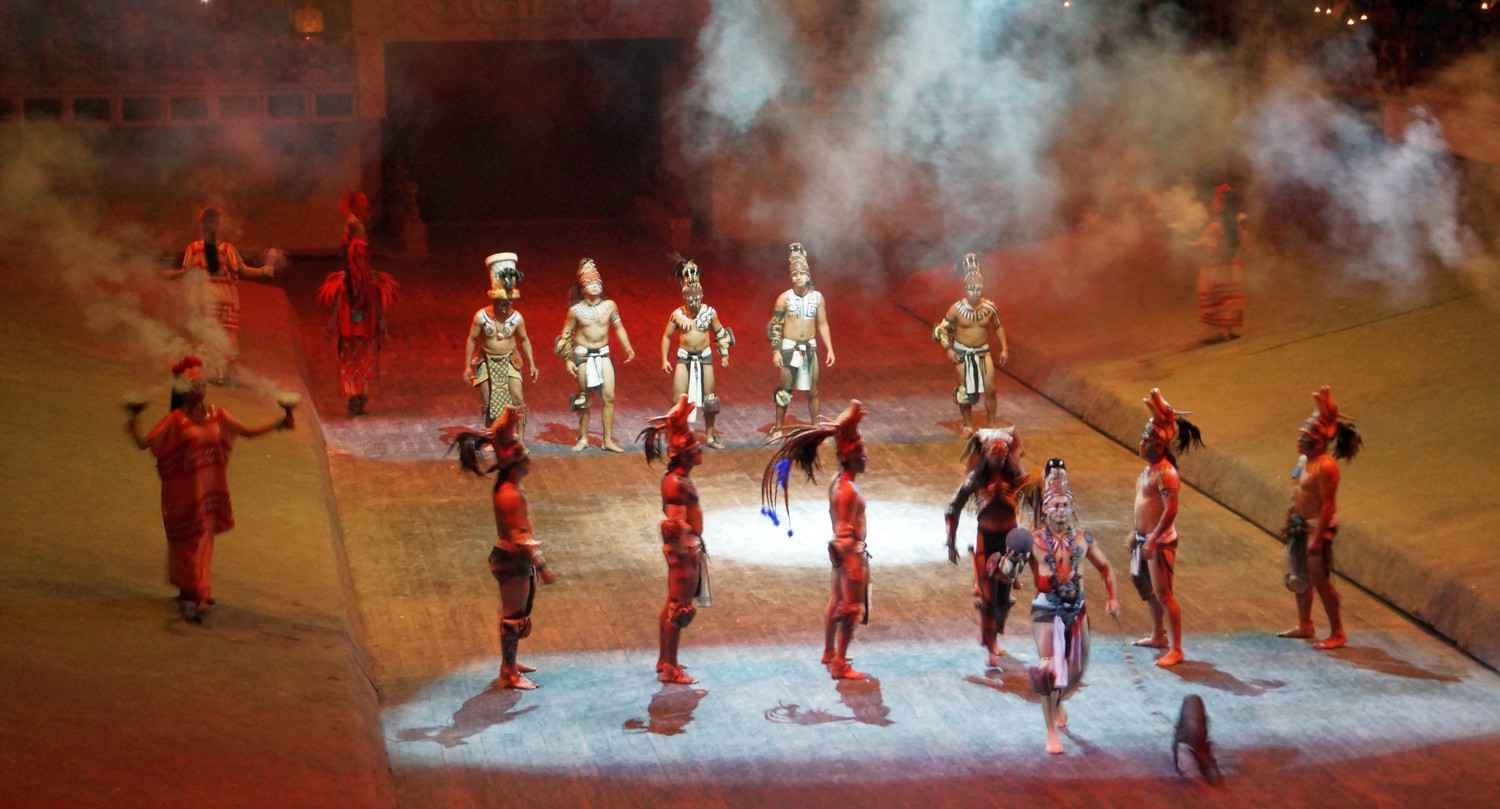 What Else Can You Say About Xcaret?

I’ll admit, when I first went I was expecting Xcaret to have a few too many screaming children for my liking.

It is popular with families.

But it’s not really a place for babies and toddlers.

And the children have too much stimulation to start being annoying.

The different areas are very important.

So while it is busy in certain spots, it’s so big you’ll always find a quiet place to explore or relax.

People staying in Cancun can spend a fortune making the trip to Playa Del Carmen and Xcaret.

If you’re in Playa Del Carmen then you will have absolutely no problem getting here.

After all, it would be rude not to visit your neighbor.

Make sure you visit at a decent time.

If you wake up with a crazy hangover at 1pm then you’re not going to get as much for your money.

Go in the morning and take advantage of Xcaret for the whole day.

I hope to see you in this paradise soon!

Have you been to Xcaret? Tell us about your own experience in the comments section below!