…a special tour of a classic destination… 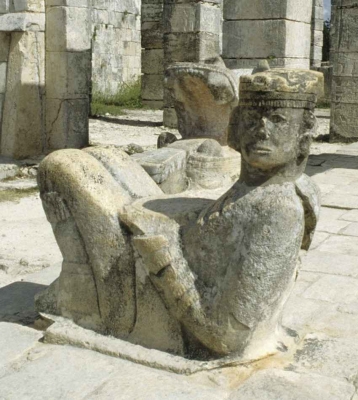 When I first heard about this Xichen tour I thought it was a load of bullshit.

I’d always insisted that the best way to visit Chichen Itza was to find a driver and do it yourself.

What sort of a name is Xichen anyway? It sounds like a polluted Chinese city.

My buddy booked me on the Xichen tour, and I almost punched him.

But I’ll admit to being wrong.

Just like I was wrong when I claimed to be able to guess nationalities just by analyzing bikini colors.

Xichen turned out to be probably the best way to visit Chichen Itza. 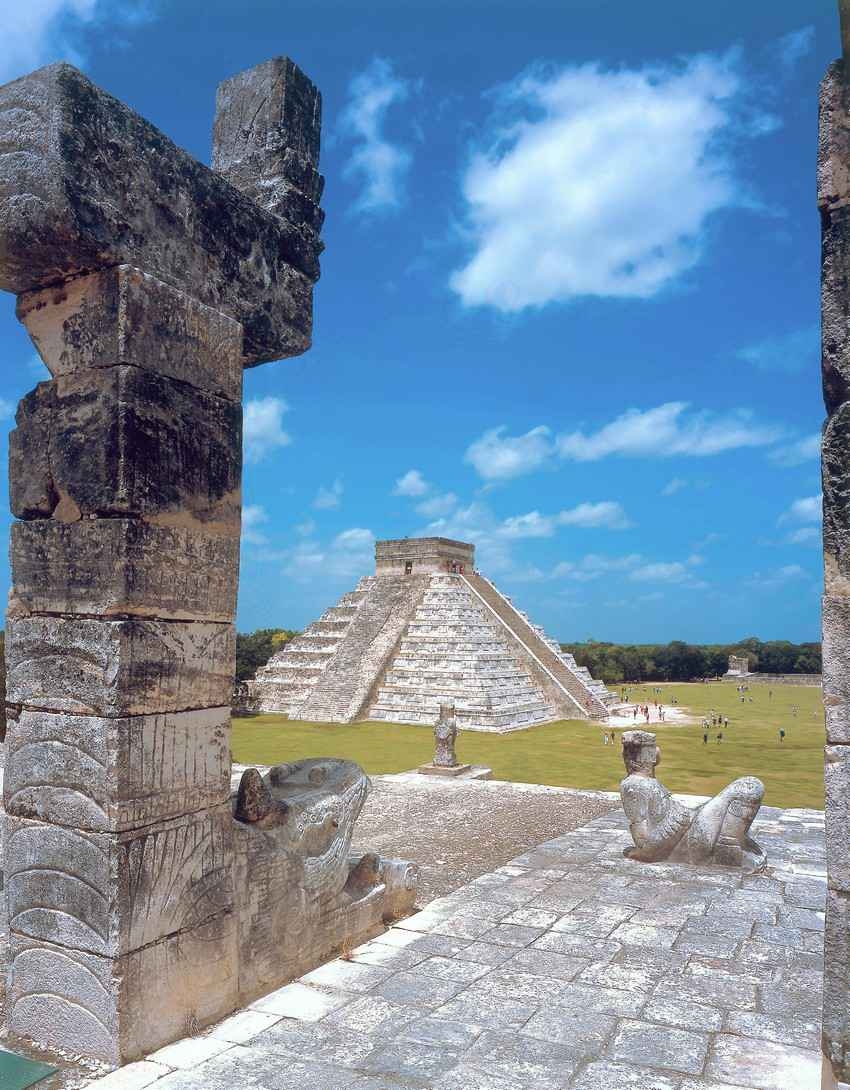 What happens on a Xichen tour? 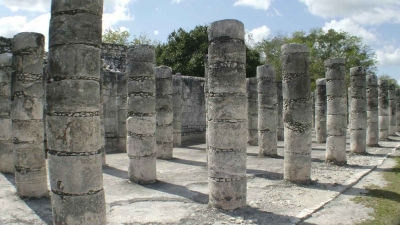 First thing I noticed about the Xichen tour is that it wasn’t just Chinese tourists attracted to the name.

It was a pretty mixed bunch of people and I even found a couple of tasty chicks to chat with.

You get picked up early from your hotel or accommodation. I mean early early.

Which sounds bad, but it’s actually a good thing.

Firstly, you get a gourmet breakfast included, so no need to race everyone else to the hotel buffet breakfast.

More importantly, you arrive at Chichen Itza by 10:30 in the morning.

That means you avoid the main tourist rush.

I can’t stress how important this timing is.

If you arrive at midday you’ll find Chichen Itza to be overcrowded, sweaty, and potentially giving you sunstroke.

Access to the site is included, as are the services of a bilingual guide who provides a running commentary on the history of Chichen Itza.

Just put the earphones in and listen to tales of human sacrifices and how the pyramid points to the stars.

You leave Chichen Itza at midday and you go home.

Seriously? No, not really. That’s just the first part of the tour. 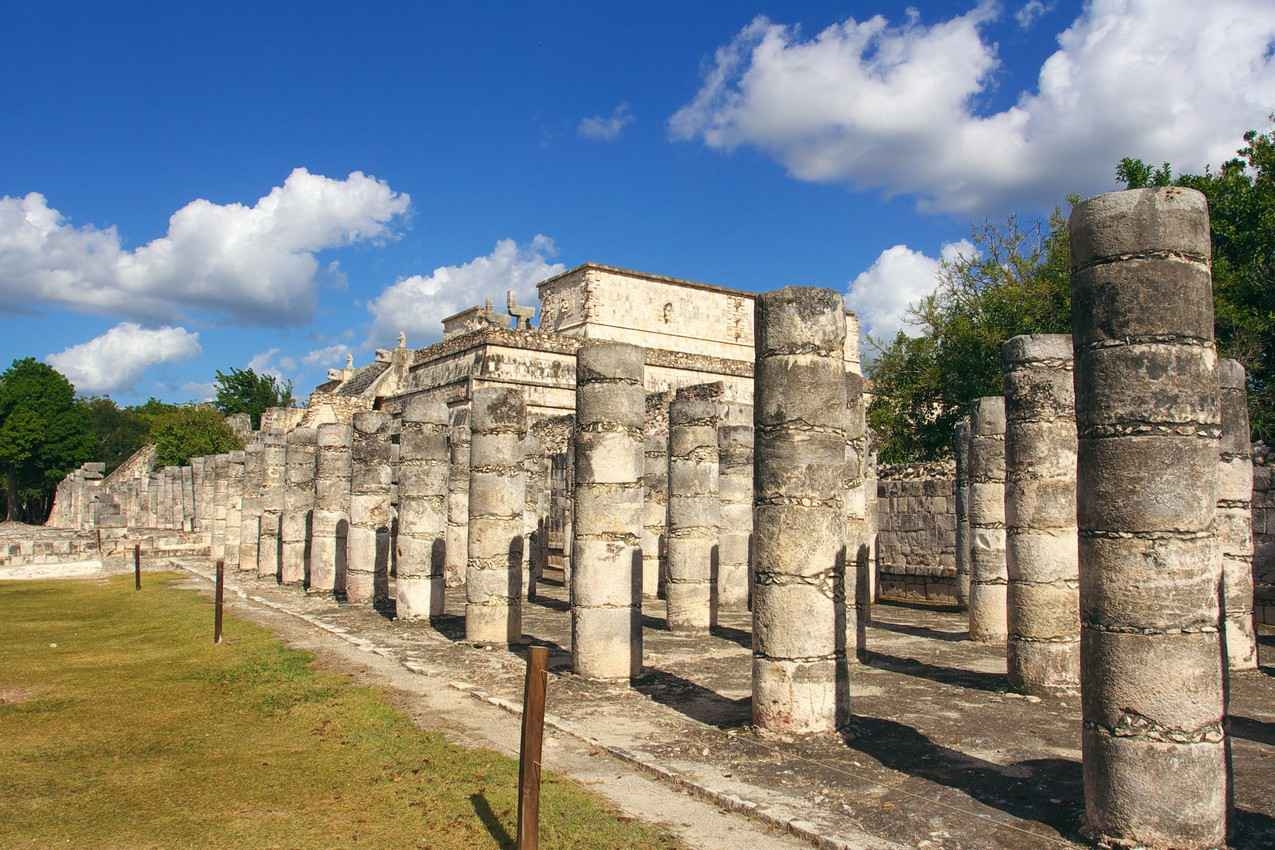 The extras that make Xichen such a good tour 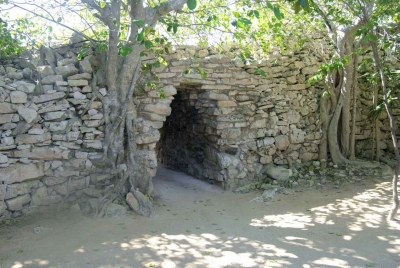 A lot of Chichen Itza tours only take you to the ruins. And it’s a good 2.5 to 3 hour drive.

So it makes sense to check out a little more of the surrounding area.

After visiting Chichen Itza, you’ll get to experience the cute colonial city of Valladolid.

Take a peak inside the old convent, wander down the charming central street, and admire the colorful buildings in this ancient city.

It helps complete the history lesson.

First there were the Mayans, and then there was the Spanish invasion.

My stomach was rumbling by this point so I absolutely smashed the buffet lunch that they served.

They practically had to roll me back onto the bus.

I thought we were heading straight back.

I was envisaging a nice little food coma on the bus.

But before reaching Playa Del Carmen, you stop at a Mayan cenote.

If I’d have gone swimming there, I would have sank – probably becoming part of the Mayan legends.

The upscale professionalism of Xichen 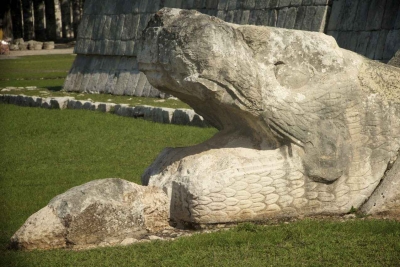 Xichen is run by the same people who do the Xcaret theme park, Xplor, Xel-Ha, etc.

In fact, if anything starts with an “X” then it’s probably run by Experiences Xcaret.

There are lots of cowboy tour operators around Playa Del Carmen, so going with Xichen provides peace of mind.

If the bus breaks down they’ll send a new one.

There won’t be any complaints with some dodgy tour guide who can’t speak English.

Xichen is luxury and it’s professional.

So it’s a safe choice.

However, the size of the operation means you’ll probably be in a large group.

If you already have a group of four or more people, it might work out better to book a private tour instead.

It’s not as intimate as some of the other Chichen Itza tours.

Although you don’t get the feeling of being herded around like cattle. 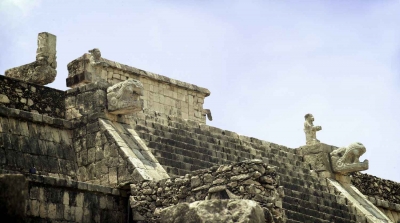 Remove any ideas you have of going to Chichen Itza in a battered Mexican bus.

There aren’t any chickens tied to the roof, no having to squash beside some overweight British tourists, and no getting cramps because you’ve got no leg room.

The Xichen bus is pretty luxurious.

You can stretch out.

Most importantly, it’s got air-conditioning.

They blast it out so high that I saw some German chick get a nipple erection. Interesting.

What am I talking about.

As if air-conditioning is that important when it’s compared to what I’m about to tell you.

You get unlimited drinks on the bus.

In the morning that means lots of coffee.

But in the afternoon that means unlimited beer.

I got truly wasted on the journey back to Playa Del Carmen.

You can’t turn down free beer! Are you crazy!

There are two bathrooms on board, so no worrying about holding seven beers in your bladder until you reach the hotel. 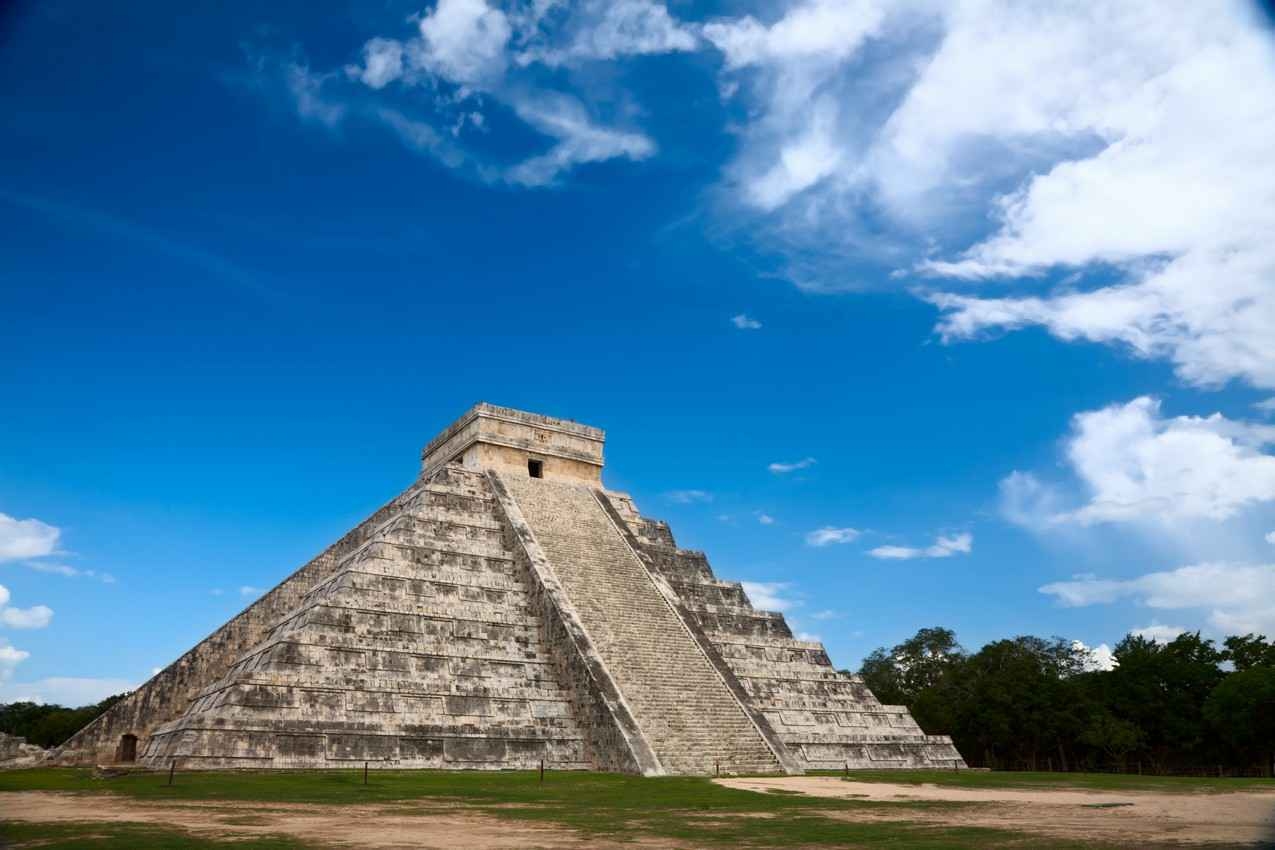 How much does Xichen cost and can I get a discount? 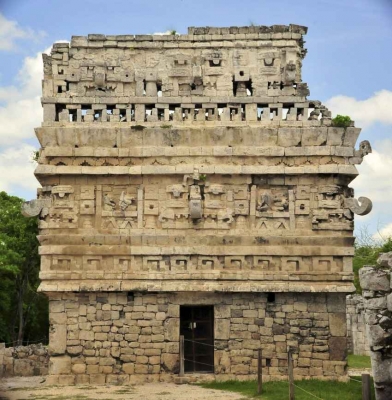 But you are visiting one of the Seven Wonders of the World.

I mean, it’s not like you\re going on tour to some shitty ripoff ruins.

You can certainly do Chichen Itza cheaper.

I believe that your best option is to either find a mega cheap deal or go for the best luxury tour there is.

What’s the point spending $90 on a trying-to-be-luxury-but-still-cowboy tour?

If you book online you can get a 10% discount.

Which means you’ll have a savings of $11 leftover for cocktails when you get back from the tour. 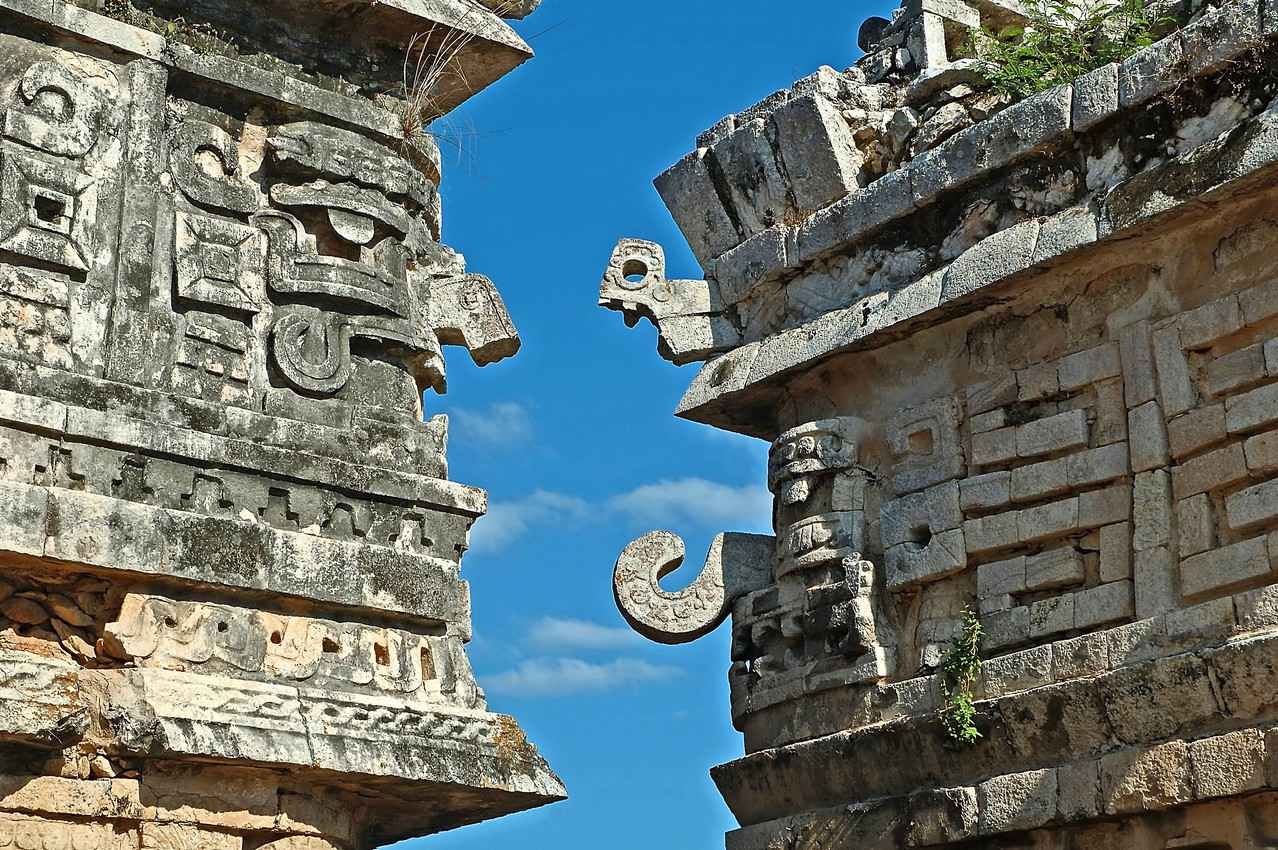 Is Xichen Worth the Money?

Xichen is more expensive than other Chichen Itza tours.

But when comparing prices, you need to consider what’s included.

Firstly, it includes the entry fees and your guide.

Most cheap tours will just provide the transport, so it’s an extra $20 when you arrive at Chichen Itza if you want to learn a few facts from a guide and actually feel like you understand something about the site.

It also includes your breakfast and a massive buffet lunch.

That’s got to be a worth a bit to your wallet.

Then there’s unlimited beer on the bus.

How much can you drink in three hours on the return journey?

Work it out and then multiply it by $3 USD.

But the real reason for going with Xichen is the professionalism and the side tours.

You’re driving three hours from Playa Del Carmen, so getting the full experience with Valladolid and a cenote is really worth it.

I hope to see you on a Xichen tour sometime soon!

Do you have any suggestions, tips, or advice about taking a Xichen tour? Please leave them in the comments section below!